Why youth must have a say in how cities grow

The world’s population reached the 8bn mark this month, but it had already passed two other significant milestones: the total number of people aged under 15 has peaked at 2bn, and more than half of us now reside in cities.

Estimates from the UN-Habitat agency indicated that, as of 2021, 56 per cent of the planet’s inhabitants were living in urban areas. By 2050, that figure will have risen to 68 per cent — an additional 2.2bn people, most of them in Africa and Asia.

That growth reflects the enormous pull cities have long had in the form of economic opportunities, reflecting the powerful concentration of talent, resources and youthful energy that they harbour.

But urban areas distil many of the biggest problems facing society, as well — not least the burden for coming generations of supporting an increasingly large and dependent ageing population. Cities also contribute disproportionately to energy usage, waste, inequality and poverty.

As Maimunah Mohd Sharif, the executive director of UN-Habitat, writes in the organisation’s most recent annual report: “The status quo leading up to 2020 was, in many ways, an unsustainable model of urban development.”

So this new FT series about Thriving Cities will seek to track the most important urban trends — both good and bad — with a focus on young people living in secondary cities in lower and middle-income countries: those fast-growing conurbations beyond capitals or the largest commercial centres, which tend to concentrate resources, money and power.

Reporters and commentators will highlight the underlying patterns, the initiatives being taken, and the policy issues that must be addressed to enable future generations to live healthier and more prosperous urban lives.

In some of the world’s largest urban areas — not least London and New York — the Covid-19 pandemic put a temporary brake on population numbers, with many inhabitants moving to suburban and rural areas in search of more space, and working from home during lockdowns.

However, younger people tended to remain in central areas. They had fewer options, with relatively limited resources and restricted accommodation, making working from home more difficult. Less in-person interaction with colleagues, and a shift to engaging online, contributed to a surge in stress and mental ill health.

At the same time, in lower and middle-income countries, cities continued to grow during the pandemic. And that trend is set to continue as conflict, climate change and low incomes fuel migration. But these centres often struggle to provide adequate infrastructure — including affordable, decent housing — to alleviate slum dwellings and to foster improved employment opportunities.

Martha Delgado, a Mexican foreign affairs minister, told UN-Habitat’s World Urban Forum in Poland in June: “We need to focus on . . . the inevitable urban crises. The climate emergency, pandemics, the biodiversity crisis, other natural and man-made disasters, all converge in cities. Being prepared for, and overcoming, these crises becomes a precondition to transform towards a better urban future.”

As UN-Habitat lays out in its 2022 World Cities Report, titled “Envisaging the Future of Cities”, the priorities include improved access to water, sanitation and essential services, such as health, education and training; the recognition of the rights of informal workers; and enhanced land tenure.

To help fund these facilities, cities will need sustainable and innovative ways of raising finance, such as municipal bonds and “land value capture” — whereby communities can recover increases in land values that result from public investment and government actions.

There will also be a need for fresh approaches to urban planning. These may include creating traffic-free zones, reducing pollution and fostering a sense of community through the “15 minute city” concept of easily accessible neighbourhoods. New, more resilient building materials and layouts will similarly be required.

Greg Munro, head of the Cities Alliance, a partnership fighting urban poverty and promoting the role of cities, stresses the need not only for a “gender lens” to ensure cities are designed from the perspective of women and young people but also a “digital lens”, reflecting the potential for digital transformation and empowerment.

He argues for powerful leadership. That means “the concept of a political passage from local to national should be challenged”, so that the best mayors and municipal politicians stay in post to govern their cities, rather than using them as stepping stones to national responsibilities.

Just as a growing retired population will rely more on younger working people to support it, so a largely older generation of decision makers will have to heed, and give more power to, the youthful voices on whom they will depend. 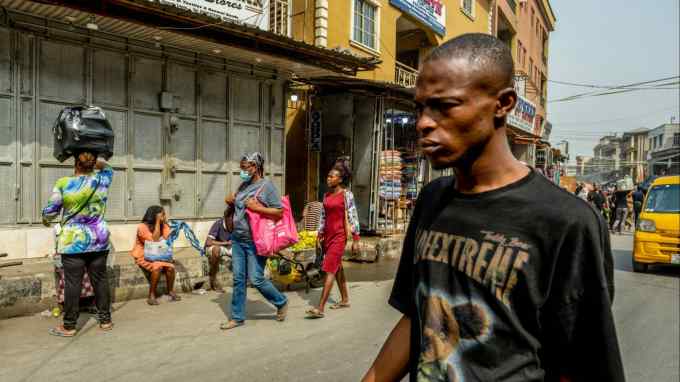