We use cookies (opens in new window) for a number of reasons, such as keeping FT Sites reliable and secure, personalising content and ads, providing social media features and to analyse how our Sites are used.
Manage cookies
Accept & continue
The Art of Fashion SS19
See all 8 stories
Style

Fiorucci: delving into a graphics goldmine

Unseen for 25 years, thousands of original Fiorucci artworks have been uncovered by the Italian superbrand’s new owners

‘One last thing before you go. Take this key, there is a warehouse outside of Milan that you need to empty in six weeks time as the lease is up.”

The exchange marked the end of an arduous seven-year negotiation over the acquisition of Italian streetwear brand Fiorucci by Knickerbox founders Janie and Stephen Schaffer from the Japanese denim company Edwin in 2015. Little did the Schaffers know what they were about to discover. Expecting to find the warehouse full of old junk they uncovered a graphics goldmine. The 40,000 sq ft property was filled with more than 10,000 artworks and 20,000 garments. All were the property of the brand’s original founder, Elio Fiorucci. The warehouse had lain untouched, dormant and forgotten for more than 25 years.

“We could not believe our eyes,” says Janie. “Every box we opened contained paintings, drawings, photographs, flyers, fanzines, clothes, original stacks of Panini stickers, badges from all corners of the world and original advertising posters, all preserved and in perfect condition. The entire Fiorucci archive and no one even knew…” Janie continues: “One of the things that first caught our attention about the brand was that Fiorucci always collaborated with artists and musicians. What was extraordinary is they were the first to build an artistic and inclusive culture, the first concept/retail store space – Fiorucci was a creative Mecca.”

From the start, Fiorucci, which began as a fashion store selling Swinging Sixties London styles to Milanese hipsters in 1967, had a distinctive point of view. Elio Fiorucci hired a permanent team of 16 graphic artists to generate the stream of imagery and content that surrounded the brand, and by the late 1970s Fiorucci had become a global empire with 20 stores worldwide. Its style was bold and bright, with a tongue-in-cheek “in your face” aesthetic, that had an all encompassing appeal – Andy Warhol was a regular at the Italian coffee bar in its New York store. That store in particular nurtured a new generation of talent: Terry Jones, the co-founder of i-D, created a Fiorucci fanzine; Keith Haring leant his doodles to shoes, T-shirts and jeans; Madonna played at the store’s opening party, at Studio 54, which was said to launch her career. And that scene in the “Xanadu” video where Olivia Newton-John skates through clothing rails? Filmed at Fiorucci.

On a long table piled high with graphic “stuff” (a fraction of that recovered from the warehouse) one denim item leaps out. Covered in painted squiggles, figures and thick lines, it is instantly recognisable as the work of Keith Haring. “Warhol introduced Haring to Fiorucci when Haring was about 21,” explains Janie. “And Elio asked him to paint the Milan store walls in 1984, along with items of clothing. Haring stripped the 1,500 sq m store bare so he could paint. It was like a performance piece – the store remained open for two nights and two days so people could watch him paint.” She motions to a pair of black Doc Marten shoes decorated in gold doodles with the word Fiorucci under a figure. “I found those in a random bag by the warehouse door,” she says. “Haring never painted the words of any other brand… I think this is the only time he did so.”

It’s impossible to ignore the works by British photographer Terry O’Neill, which are also among the archive; brightly coloured poster sketches, hundreds of photographic images collaged and overlaid or stuck together with little handwritten notes beside them. “Terry was with Elio from the get go, and he would create all his store opening posters for LA and New York,” says Janie lifting a giant poster of a naked woman riding a horse in saturated hues of blue and orange. “This really captures a moment in history,” Janie continues, “Fiorucci were the ultimate visual marketers – they sold Americana to the Americans.” She holds up another O’Neill. Probably the brand’s most recognisable artwork, it depicts a blonde woman shot against a neon pink background sipping through a straw. “Terry always created a visual explosion.”

Next up, jeans covered in pictures of Mickey Mouse. “We found about 200 pairs of these, all unique, from around 1976,” says Janie, “Fiorucci were the first company to collaborate with Disney in this way. Before them, no fashion brand had been allowed to use Disney imagery.”

How have they dealt with such a wealth of work at their fingertips? “There really is no archive like this. Even now I feel totally overwhelmed,” says Janie. “When we relaunched Fiorucci I had to think about how I could translate this archive into the now. I didn’t want to just use archive images, although I could if I wanted to – I could do that for 100 years and never use the same picture.”

Since buying the brand, the Schaffer’s have tried to recapture some of Fiorucci’s original 1970s, poppy appeal. They opened their first Fiorucci reboot store in Soho, London in 2017. A modern recreation of the original Milan store, it comes complete with coffee bar, customisation station and an upstairs “gallery feel” space. Most of their apparel falls under the streetwear luxe category so beloved by Elio; printed T-shirts retail for £65, jackets and bombers from £250. For Stephen and Janie the devil is in the details, you can buy Panini stickers covered in Fiorucci art at the counter: they even bought the same halogen lights used in the original store for that authentic Fiorucci feel.

What have they used from the archive? Logos, of course. “We found hundreds of different types of clothing labels and more than 70 logos so we chose a label from one of their first bomber jackets – which was incredibly long and in terrible broken Italian English. And we recreated the bomber and printed all the different Fiorucci logos across the back. I also started printing T-shirts and hoodies with their iconic Victorian angel motif, designed with the architect Italo Lupi in 1970. What is great about that logo is it feels very contemporary and so our young clients love it – Bella Hadid and Kendall Jenner have both worn our angel T-shirts – but it is also instantly recognisable by the original Fiorucci generation.” Their graphic Tees have been their biggest seller so far, “I like to release limited edition graphic Tees printed with either photographs or drawings from the archive folders” says Janie, “they sell out like crazy every time we drop them in store.”

Schaffers have big plans for the future. “We will open our new store in 2020. I hope for it to become what Elio once made it,” says Janie. “Fiorucci is fun and optimistic. We want it to be a creative hub where we constantly collaborate with graphic artists, designers and musicians. We will continue the legacy, but make it our own.” 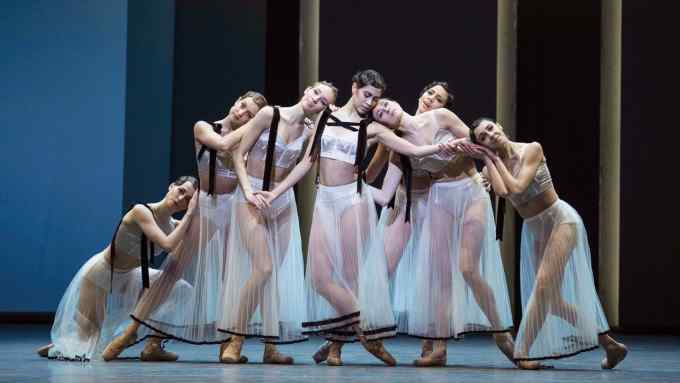