The European and African Unions: A key to Libya? 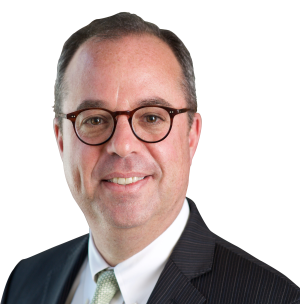 As the international community prepares for a gathering of political leaders in Qatar next week to discuss the crisis in Libya, it is worth watching the recent travels to Brussels and other European capitals of Jean Ping, head of the African Union commission.

Ping was conspicuous by his absence at last month’s London conference on Libya – he was expected to attend but in the end did not show – and senior European diplomats have told me that broadening the group that gathers in Qatar is key to intensifying the diplomatic pressure on Libyan leader Muammar Gaddafi to leave.

With the military situation increasingly looking like a standoff, diplomatic pressure is seen as the key tool to continue peeling away defectors from the Gaddafi regime, with the hope of isolating him further and making an exit inevitable. Ping is central to that plan.

Although the African Union has been less public about its opposition to Gaddafi than the Arab League, one senior European diplomat I talked to said Ping had been just as adamant that Gaddafi must go as any other world leader, despite the Libyan leader’s largess throughout the continent. “In private, he’s been very adamant,” said the diplomat.

After a meeting on Wednesday with Catherine Ashton, the EU’s foreign affairs chief, Ashton said the two had agreed on the need “to give Libyan people the possibility to choose their leaders,” a strong signal of the Gabonese diplomat’s leanings.

That meeting came amid a week-long diplomatic charm offensive. The same day as the Ashton meeting, Ping had a similar powwow with Anders Fogh Rasmussen, the Nato secretary general, and a day earlier he met Herman Van Rompuy, the European Council president who is the EU’s top official in international affairs. Ping also met British foreign minister William Hague in London on Monday.

Ping’s backing is not only key to the current diplomatic conundrum, but also, potentially, for a post-Gaddafi Libya. One senior US military official I talked to said that the African Union may be the organisation best suited to serve as peacekeeping forces in Libya if and when Gaddafi left.

“There may be a role for [the] African Union or some other entity if the situation can at least be stabilised,” said the official, who was involved in the planning of the current operation. “President [Obama’s] words in Ghana may never have rung more true – Africa’s future is up to Africans.”

Get alerts on Jean Ping when a new story is published