Accept & continue
Manage cookies
Exercise and the city: fitness classes for urbanites
See all 8 stories
How To Spend It Wellbeing and fitness

Row big or go home – gym classes for the oar-some

Embrace the ergometer at these custom-made rowing sessions

Sign up to myFT Daily Digest to be the first to know about Wellbeing and fitness news.

Last year, sales of smart rowing machine Hydrow increased 500 per cent. But with gyms now open, there’s the chance for those who might not have had access to a £2,295 machine to try a taste of the rowing-machine fitness trend.

The holy grail for time-squeezed back-to-the-gym goers is to find an exercise that, in one go, can sculpt the muscles and supercharge the heart and lungs. Rowing activates 85 per cent of the body’s major muscle groups and is backed up by epic levels of cardiovascular endurance, which can see up to 800 calories burned in an hour-long session. Little wonder, then, that more and more gyms are offering rowing classes that embrace the powers of the ergometer, from local boutique studios to bigger gyms with outposts all over the globe, such as F45 and Orangetheory. I put three styles of class to the test.

At its three London locations, Core Collective draws the crowds with the kind of softly lit, Malin + Goetz-stocked changing rooms I’d associate with a spa session. The aesthetic belies the punishment doled out in its industrial-chic studios that run from hardcore spinning and circuits to yoga and Pilates.

The rowing fix here comes in two varieties. I opted for Row Sweat, which is formulated for the maximum calorie burn – it’s the one to go for if you’re after weight loss and toning. In the short, sharp rowing sets, no longer than three minutes, the focus isn’t on how far or fast we’re going, it’s all about the calories burnt per hour. As I feel my heart rise in my chest, I distract myself with thoughts of how many KitKats I’m earning with each set. The floor exercises in between rows are the toughest of the classes I have tried, as our trainer India guides us through sets of compound lifts that activate the whole body: a deadlift segues into an overhead press that segues into a squat. It’s working the muscles, sure, but it’s also pushing the heart and lungs, and I’m gasping by the end of every set.

If you’re after massive power and bulging muscles try Row Strength, which swaps the high-intensity weights for heavier lifts to improve your form and build up the physique. And remember to order yourself a smoothie or protein shake when you book your class – it’ll be waiting for you for a well-earned post-workout lounging session beside one of the studio’s squashy sofas. Three classes from £40; memberships from £175 a month, core-collective.co.uk

Rowbots’ new Liverpool Street outpost is a crackle of fluorescent lights and brushed metal that makes a satisfying backdrop for pre-workout Insta shots, and there’s a bar serving a mix of protein shakes, smoothies and slickly packaged cold drinks for when you emerge in a soak of perspiration.

I try Rowbots Action, a 50-minute mixtape of rowing intervals coupled with floor exercises aimed at building power and strength, set against a thumping soundtrack. After a warm-up on the rowing machine, head trainer Tess has us set ourselves targets for how far we can row in two minutes. I scrape in over 600m after a hard push, feeling cooked – then Tess tells me on the next set I’ll be aiming for 620. Then 640m, the set after that. And so it goes, each interval designed to push the limit further – I row for 10 more seconds all-out, add 2kg to my floor-based overhead press, do two more agonising burpees before I collapse.

It’s a great introduction to the rowing-class format because you’re in charge of setting – and meeting – your own targets. There’s more than a little satisfaction in seeing the water roiling in the cylinder when I’m giving it everything I have. I spend the rest of the day in a happy haze of endorphins, sore, tired, but feeling unstoppable. Three classes from £25; memberships from £78 a month, rowbots.co.uk

Circuits at Milo and the Bull

South of the Thames in Clapham Junction, Milo and the Bull studio runs a trio of rower-based classes. Its Coar classes bring the cardio blast of rowing to a classic circuit training routine. The studio blackboard lists the day’s menu of physical torment – on the day I visit, trainer Harry Grenville has us doing quick-fire rounds of 40-second sprints on the rower squeezed between a selection of squats, deadlifts and bench presses for a balance of aerobic fitness and strength gains.

With only four-eight minutes per exercise, the selection of exercises is laser-focused on one muscle group at a time. By turns I feel the burn in my back, legs, and arms, but I’m never so totally worn out I can’t still give it some oomph on the erg sets. Grenville flits between the stations correcting my lifting form and chiding me for slacking off when he spots my rowing pace drop.

Time flies, but it feels super-productive – a full all-over body workout. Other classes include Crew, involving longer periods on the rowing machine, which build endurance; and Regatta, which pits “crews” head-to-head against one another in high-intensity sets for a competitive edge. Three classes from £30; memberships from £100 a month, miloandthebull.com

Explore the series
READ MORE
Game, set and Paris match: where and how to play tennis in the French capital 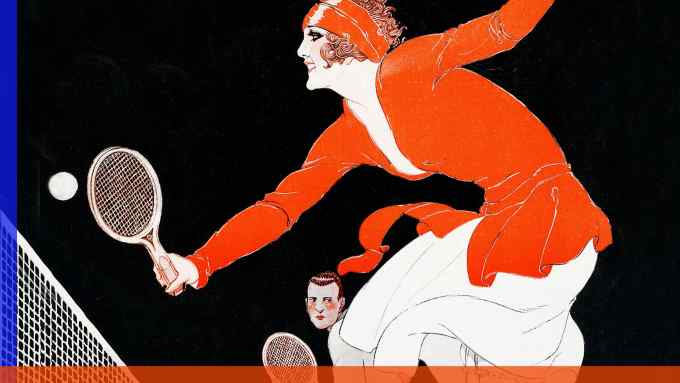