We use cookies (opens in new window) for a number of reasons, such as keeping FT Sites reliable and secure, personalising content and ads, providing social media features and to analyse how our Sites are used.
Manage cookies
Accept & continue
The Big Read Europe

Sub-zero rates are a sign that policymakers are running out of options to invigorate the economy, say critics

As the restaurants of Tokyo’s Okachimachi neighbourhood prepare for the evening dinner rush, Kane and Atsuko stand at a pedestrian cross-section surrounded by precious metal shops, anxiously wondering what to do about the gold price.

The two elderly sisters arrived by train from the suburbs just hours after the Bank of Japan’s negative interest rate policy officially came into force. They have little idea what it means for them, but have a vague sense that it will make things worse. They came to Okachimachi to buy gold, but an overnight price tumble has spooked them. “We don’t want to take a risk, but I don’t think anything in Japan is going to make money now,” says Kane.

Online, the mood has turned to rage. Forums have seen a flood of commentary from Japan’s retirees decrying negative rates and the “torture” that the BoJ’s policy is already inflicting. “Raising commodity prices to overcome deflation, raising consumption taxes, lowering interest rates . . . they are all policies that make us suffer,” wrote one.

No one has far to look for signals of turmoil. Over the past two weeks, the screens in the windows of Japanese brokerages have relayed a grim tale of plunging shares, a soaring yen and the benchmark 10-year Japanese government bond yielding a minus value for the first time.

But Japan is not the only country affected. A concept once only subject to small-talk among economists is now an uncomfortable reality. With quantitative easing seemingly losing its power to dazzle markets, and many governments either unable or unwilling to countenance raising spending, central banks have felt compelled to try new tools.

Sweden, Switzerland, Denmark, the eurozone and most recently Japan — adding up to almost a quarter of the global economy — have all introduced some form of negative interest rate policy in an attempt to fight deflationary forces, weaken their currencies and stimulate growth. Some analysts believe the Federal Reserve will have to follow suit despite its move to raise rates in December for the first time since 2006. Janet Yellen, the US central bank’s chair, has admitted that policymakers have at least considered the possibility.

Markets have generally applauded every central bank move to ease monetary policy since the financial crisis, but have grown anxious over the negative interest rate experiment. Some investors and analysts fear the moves are an alarming reflection of dwindling central banking firepower, and that the new weapon could even be dangerous.

“Policymakers may have significantly underestimated the economic risks,” Scott Mather, one of Pimco’s chief investment officers, said last week. “It seems that financial markets increasingly view these experimental moves as desperate and consequently damaging to financial and economic stability.”

Sweden’s Riksbank was the first central bank to experiment with NIRP, as it has been labelled, briefly moving the rate it pays on commercial bank deposits to minus 0.25 per cent in 2009. The experiment raised eyebrows, but the economy recovered and the Riksbank swiftly began to lift rates.

In June 2014 the European Central Bank drew inspiration from its northern neighbour and reintroduced the world to negative rates, slapping a fee on the deposits banks hold at the eurozone’s monetary guardian. It was seen as a stopgap measure to buy time and help fight deflation while Mario Draghi, the ECB’s president, built support for a quantitative easing programme.

The Swiss National Bank followed suit later that year in a doomed attempt to defend its currency ceiling versus the euro. Denmark’s central bank, which already had a narrowly negative deposit rate to maintain its currency peg to the euro, was by early 2015 forced to push the rate as low as minus 0.75 per cent. The Riksbank had to reintroduce the policy last February, after inflation remained stubbornly below zero.

In January, the Bank of Japan, seeing its supersized quantitative easing programme — a cornerstone of Abenomics — fail to shake the economy out of its torpor, adopted the same measures.

Broadly speaking, the economic theory is that negative rates encourage banks to lend money more cheaply and savers to spend more freely, while discouraging overseas money from flowing in and pushing currencies lower.

Economists had assumed that people would rather hold physical cash than see it slowly winnowed by charges. But the initial experiments have shown that banks are reluctant to actually impose negative rates on their depositors. As a result, policymakers seem increasingly taken with this novel monetary lever to lower borrowing costs, despite fears about the impact on the banking sector.

“I see negative nominal interest rates as a potentially powerful tool for central banks,” Naranya Kocherlakota, the former head of the Minneapolis Fed, said this month.

Pressure on the system

The policy can lead to some odd phenomena. Eva Christiansen, a Danish sex therapist, last year signed a three-year business loan with a negative interest rate, which in practice meant the lender had to pay her about DKr7 ($1) a month — vividly underscoring how the experiment can hurt banks. The concern is that the business model of the better-capitalised but still-fragile banking industry will become even more challenging with sub-zero interest rates. 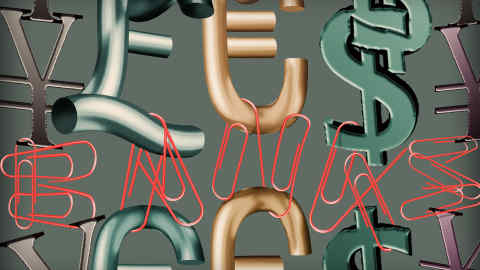 Just how negative could they go? JPMorgan suggests that central banks now have the theoretical capacity to lower interest rates to minus 1.3 per cent in the US, minus 2.7 per cent in the UK, minus 3.45 per cent in Japan and as low as minus 4.5 per cent in the eurozone, highlighting that there was no evidence of the initial experiments triggering a rush for physical cash.

“This experience suggests that NIRP could open up a powerful new tool for monetary policy,” wrote Malcolm Barr, David Mackie and Bruce Kasman, JPMorgan’s economists, in a report this month. “A strong signal from policymakers that they are willing to actively use NIRP could produce significant reductions in market interest rates.”

That may be true, with safer government bond yields plumbing new lows in the wake of the BoJ’s move. The Japanese 10-year government bond yield fell below zero last week, the first time ever for a G7 country, while yields on German Bunds and US Treasuries have plunged to near record lows.

Insurers, pension groups and money market funds, already struggling with a dearth of safe fixed income assets offering decent returns, have also been hit, as negative rates have taken a chainsaw to government bond yields. There is now more than $5.7tn of sovereign debt with sub-zero yields, according to JPMorgan.

“Negative rates have become part of the furniture,” says Andrew Milligan, head of global strategy at Standard Life. “This experiment began many months ago and financial systems have not collapsed. But the scale of negative-yielding bonds in markets causes considerable difficulty for investors who cannot or will not hold negative rates.”

The fear is that the situation could get worse if money starts trickling out of banks. Money stored “under the bed” is unproductive. It stops circulating and cannot be borrowed, thereby undermining the programmes of bond-buying, central to ECB and BoJ policy, that are designed to encourage investors to lend money to individuals and business.

Some analysts argue that negative rates do not stimulate economies beyond lowering currencies. Deutsche Bank strategists have compared the policy to weapons of mass destruction, escalating a currency war that will only bring “mutually assured destruction”, and said central banks need to find a “better bazooka”.

Running out of ideas

Yet some investors and analysts say the most insidious aspect of negative interest rates is what it signals: that central banks are at their wits’ end over how to invigorate growth and dispel the spectre of deflation. The concern is that the US is poised to join in. Its latest stress test scenarios asked banks to model the impact of negative short-term Treasury yields. Markets indicate that there is as much as a 30 per cent probability of negative rates in the US by the end of 2017, according to calculations by Bank of America Merrill Lynch.

Ms Yellen said in her testimony to US lawmakers this month that she was “not aware of anything that would prevent us from doing it”, but stressed that the Fed would still need to grapple with legal hurdles and assess the potential impact on the US financial system. Michael Cloherty, a strategist at the Canadian bank RBC, says speculation about negative rates is “wildly overdone”, triggered by the stress tests and exacerbated by the Wall Street “echo chamber”.

The focus is therefore likely to remain on Europe, where the ECB is expected to unveil a new raft of monetary easing measures on March 10 — including lowering its deposit rate deeper into negative territory.

Any decision will highlight the bind that the ECB finds itself in as not only the eurozone’s monetary policymaker, but also its banking supervisor. Officials see negative rates as a successful tool for weakening the euro, but the ECB’s banking supervisor has warned of the possible impact on banks’ profitability. The recent bank equity rout has raised the chances of the ECB following the BoJ’s lead and only applying negative rates to a select portion of bank reserves.

Underscoring the bout of nerves around negative rates, the fact that the eurozone is considering the withdrawal of the €500 note has been seen by some as a sign that policymakers are concerned about hoarding of cash, rather than the official reason that high-denomination bills are used by criminals.

“If you are being charged 50 basis points, why not take it out in €500 [notes] and put it in a safe?” says Charlie Diebel, head of rates for Aviva Investors. “It becomes viable to store cash under the mattress, so to speak.”

Back on the Japanese forums, one man in Yokohama with a following among elderly users, frets: “I am scared and I think a lot of people who are living on investments and savings are scared. These investments were presented to us in normal times, but the times we are living in are not normal.”

A crucial aspect of whether the sub-zero interest rate experiment succeeds is to what extent banks push the cost on to ordinary savers, and how they might respond to such an unwelcome development.

A small Swiss bank, Alternative Bank Schweiz, has now imposed a modest charge on depositors. But in general retail banks have been loath to impose the negative interest rates — slapped on their reserves with central banks — on to ordinary depositors.

If more banks attempt to do so then many savers will react negatively, according to a survey of 13,000 people in Europe, the US and Australia, conducted by Ipsos on behalf of ING, the Dutch bank.

Even allowing for the fact that inertia may be more powerful than indicated by a survey, this suggests a move to negative interest rates “is a major psychological barrier for savers”, says Mark Cliffe, ING’s chief economist. “Better news, then, for safe-makers than for banks and central banks.”

Commercial banks would then need to make a choice between running the risk of deposit outflows, seeing their profit margins squeezed further, or raising fees or mortgage costs, as some Swiss banks have done.