Employees are more likely to respond to commands from humanoid androids

A bored worker turns to her manager to say she has had enough of a tedious task.

“Please continue, we need more data,” comes the cold reply. But it is not from a human boss. It is from the white, plastic robot that is overseeing her work. With a groan, the worker continues.

This is not a dystopian scene from a science-fiction B movie, but a real-life experiment at the University of Manitoba in Winnipeg, Canada, in which researchers are trying to understand better how humans might interact with robots in the workplace.

Its results were striking. Although participants, including the unfortunate worker with an android boss, had been told beforehand that they could leave at any time, many obeyed the robot’s commands and carried on with the tortuous task of renaming hundreds of digital files.

“I was taken aback,” says James Young, an associate professor in the university’s computer science department, who watched the experiment from the next room. “I was thinking, ‘They’re still doing it. Just get up and leave.’”

Had the instructions been on their computer screen instead, he says, participants would probably have given up or questioned the instructions much sooner. “We’re curious about the social pressure this robot is putting on people,” he says. 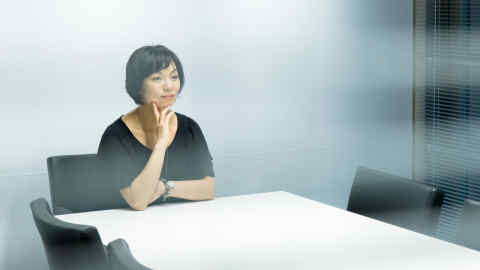 His research is part of a growing field known as “human-robot interaction”, in which engineers, computer scientists, sociologists, linguists and psychologists study how people and robotic systems work together. This includes how it may affect workplaces of the future.

It comes as the use of robots in the workplace rises rapidly. According to the International Federation of Robotics, in 2015 companies spent $11.1bn on industrial robots — used in car manufacturing, electronics and the metal industry — with sales rising 15 per cent to more than 250,000, the highest annual figures to date. Sales of professional services robots — used in agriculture, defence, medicine and cleaning — rose by a quarter to just over 40,000, with a value of $4.6bn.

Humanoid robots of the kind used in the University of Manitoba’s study make up only a small proportion of robot sales. But the IFR expects the number of “cobots”, or lightweight robotic systems designed to work directly with humans, to rise. Mr Young says his university’s study raises questions about how people will interact with those autonomous machines at work. 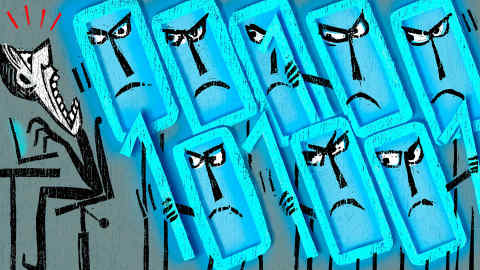 “There’s a lot of work showing how, when the human brain sees something moving around with a bit of intelligence, people attribute human-like characteristics to it,” he says. “Their expectations of its ability shape how they interact with it.” Mr Young says this applies to non-humanoid robots as well as those with human characteristics. He fears that a future generation of employees might trust the machines more than their own judgment, leading to errors at work and a demotivated workforce.

“Employees should remember, it’s just a machine and it doesn’t always know what’s going on,” he says. “They should question it, and if they’re not sure, talk to their human boss.”

Companies hiring a new generation of staff who will work with robots may look for people willing to challenge the machines. David D’Souza, head of the Chartered Institute of Personnel and Development’s London region, says recruiters will also look for individuals who show flexibility and are positive.

“We know technology will play a different part in people’s careers over time, and you need to be able to constantly learn new skills, adapt to your environment and potentially change profession,” he says.

However, companies hiring staff to work alongside robots will have to think not just about what they want from their staff but also how they can protect them from the potential downsides of the job. Cary Cooper, professor of organisational psychology and health at Alliance Manchester Business School, is concerned that employees working with robots will miss out on social interaction at work.

“People will not have their social needs met by [robots],” he says. “How can they?” He adds that with limited social interaction, employees are likely to “have less job satisfaction, be bored and maybe get ill”. Companies should design their systems so that employees working with robots spend as much time as possible with other people, he says.

How companies and their staff adapt to the use of robotics will depend on a range of factors, including, crucially, whether the machines are thought to threaten jobs. But Prof Cooper says employers’ first step in integrating the two should be to acknowledge the scale of the change it represents.

“Human resources teams know how to manage man-to-man,” he says. “But managing man-to-machine is going to be a different era.”