US investors balance ‘Fomo’ and geopolitics in China 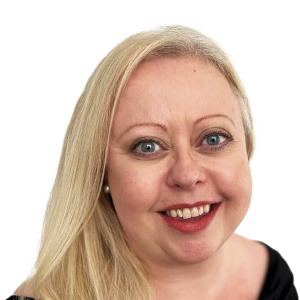 There’s a long-running gripe among China-focused western bankers that the further an investor is from Beijing, the more negatively they view the Middle Kingdom. That has seldom been more true than today when despite a one-third rally in Chinese stock benchmarks in just three months, many western money managers, and Americans in particular, are still holding back.

The gains have prompted a flurry of upbeat China views from the likes of Goldman Sachs and JPMorgan Chase, with analysts noting depressed valuations and the potential for earnings growth as the world’s second-largest economy continues its re-emergence after almost three years of pandemic-induced isolation.

China’s bulls have some good points. Hong Kong’s Hang Seng index was trading in November on just six times forecast earnings and even now, at eight times, is only half its 2021 valuation peak. In contrast, the S&P 500’s collective price-earnings multiple of 18 is down a mere quarter. The Chinese economy is also expected to rebound in 2023 and vice-premier Liu He this week reassured Davos attendees about the country’s commitment to its capital markets.

And yet there is still wariness among international investors over the rally in indices such as the Hang Seng — long a proxy for western views on China — or MSCI’s China index, which mixes mainland stocks with shares trading in Hong Kong and New York.

“Everyone has ‘Fomo’ — but they’re also scarred,” says Barry Gill, head of investments at UBS Asset Management in New York, referring to a fear of missing out. He is bullish on China’s prospects but concedes: “We’re not getting a lot of incoming interest yet.”

Even hedge funds aren’t immune. One Asia-focused manager reports continuing resistance to China investments from a big US backer, worried about Beijing’s different approach to the rule of law. Geopolitics has also introduced restrictions for Americans that, say, European funds don’t face.

The Biden administration has amended and extended a Trump-era blacklist of Chinese companies deemed to have military ties that US investors cannot hold. Memorably, it added image-recognition specialist SenseTime to the list on the eve of its Hong Kong initial public offering just over a year ago, almost wrecking the deal, which eventually raised about $740mn

Audit issues brought up by Washington linger, too, after a 2020 US law that forces the delisting of companies from New York if regulators cannot review their audits for three years running. In December last year, the US accounting watchdog said it was satisfied with its access to Chinese auditors’ work — the first time it had received such co-operation from Beijing. But that only avoided a chaotic delisting of 200-plus Chinese stocks from New York in the near term. It did not end the threat.

China has hardly helped investors. Its July 2020 imposition of a sweeping national security law on Hong Kong made front pages around the world and chilled debate in the financial hub. Then a series of regulatory crackdowns in 2021 pummelled investor confidence in sectors such as technology.

One probe crushed the hopes of ride-hailing company Didi by suspending downloads of its app just days after its $4.4bn IPO in New York. That followed investigations into tech titan Alibaba and associates including Ant Financial. Those effectively halted Ant’s record-shattering $35bn IPO in 2020 less than two days before trading was due to start. Any China believers still standing after all that have also had to contend with the impact of Beijing’s three years of Covid-19 isolation.

But investors have to look forward, not just contemplate their scars. Maintaining a negative stance on China is harder when its stocks are rallying and you think you’re missing out. China-wary investors benchmarked against emerging market indices are likely to struggle the hardest, given the country makes up almost a third of MSCI’s index for the asset class. And the situation in China does not need to be completely positive for stocks to rally.

“We don’t need everything in China to be improving, we might just need it not to be so bad any more,” says Dan Gerard, multi-asset strategist at State Street.

How long the holdouts will stand strong will also depend on the wider macro picture. Gerard thinks that markets are counting too much on western central banks cutting interest rates if economies weaken rapidly. If he’s right, China’s economic rebound post-Covid will probably look all the more tempting to investors seeking growth.

There is a Wall Street market adage that fits the China scenario, about how a young trader is needed at the start of a bull run because they are fresh, and an old one as the rally ages because they can better spot looming pitfalls. It would certainly be easier to bet on China without the baggage of recent years but since that’s not possible, expect resistance to linger.