We use cookies (opens in new window) for a number of reasons, such as keeping FT Sites reliable and secure, personalising content and ads, providing social media features and to analyse how our Sites are used.
Manage cookies
Accept & continue
Special Report The Connected Business: April 2017
The Connected Business Artificial intelligence

Focus on lack of women in tech underplays achievers’ success

In James Bond films, Q, the inventive head of technology and gadgets at MI6, the UK spy agency, has always been played by a man. In real life, however, Q is a woman, the agency’s head, Sir Alex Younger, told the audience at the UK’s Women in IT awards in January.

Behind the scenes there are similar surprises across the technology industry. Figures from the World Economic Forum show that just 24 per cent of information and communication tech jobs are held by women. But a focus on statistics alone masks the fact that women are building tech businesses and designing innovative products.

These often hidden stories also raise the question of whether greater gender diversity in a male-led industry could re-engineer the relationship between technology and society; this is the theme of the FT’s fifth annual Women in Business competition.

Kriti Sharma, head of artificial intelligence at Sage, a prominent UK tech business, recently created the company’s Pegg chatbot for accounting. She wants more female perspectives in the development of artificial intelligence. “AI has been a male-dominated conversation so far, I would like it to be more diverse,” Ms Sharma says. She worries that there is already inbuilt gender bias in AI. “If you build an app like Alexa and feed it data from a source like Wikipedia, where only 17 per cent of the profiles of notable people are female, what is it learning?

The FT has launched its fifth annual Women in Business competition in partnership with the 30% Club, which campaigns to improve women’s representation in boardrooms and at senior management level, and Henley Business School. The winner will be announced at the FT’s Women at the Top summit on September 27 in London, to which all finalists will be invited. The prize is a fully funded place on Henley’s part-time Executive or Flexible Executive MBA courses (21 months and 30 months, respectively).

The competition is open to men and women who have relevant workplace experience in either managing a team, running a project or planning strategy. To win a Henley scholarship, in no more than 800 words, answer this question: “Can gender diverse leadership help ensure that technology is used to benefit society?” Send entries to mba@henley.ac.uk by May 22 2017. Terms and conditions at hly.ac/WiLscholarship.

“A big part of AI is how it interacts with humans,” she says, adding that AI needs the input of both genders.

Another question is whether women are setting up businesses differently to men, and if so are these outside conventional business structures. For instance, it is often lamented that only one in 10 dollars of venture capital funding goes to a start-up with at least one woman founder. But, for at least some female entrepreneurs, there seems to be a conscious decision to avoid this route. Sarah McVittie and Donna North, who have both taken VC investment for previous businesses, decided to build their fashion technology company Dressipi without venture investment.

“We wanted to prove our model first . . . VC investment is good when you have an excellent product-market fit. It is less good when you are exploring a product market,” says Ms McVittie.

Tamara Littleton built her company The Social Element, which provides comment and social media moderation services, into a business with 320 employees and nearly £10m a year in revenues with no external funding after an initial £10,000 parental loan.

She is more interested in longevity instead of sharing the tech-sector obsession with reaching valuations of more than $1bn quickly: “I am happy to build it my own way and bypass all the dramatic game playing. They will never make a film about us, but I would rather get on with building the company.”

Funding aside, the greatest challenge many women still face is getting into the industry at all. Nicole Eagan, chief executive of UK-based cyber security company Darktrace, is someone who is actively recruiting more women in to what has traditionally been a very male sector. “Only around 11 per cent of cyber security professionals [globally] are women,” she says. “At Darktrace the gender divide is around 50:50.”

No special measures or quotas were involved, Ms Eagan says, but she takes a much broader approach than others when recruiting, looking at not just science and physics graduates, but students of languages, history and philosophy: “The issue with cyber isn’t just tech, it is helping our customers understand cyber risk, which takes a lot of communication. To build a company you need a diverse team — you don’t want clones.” 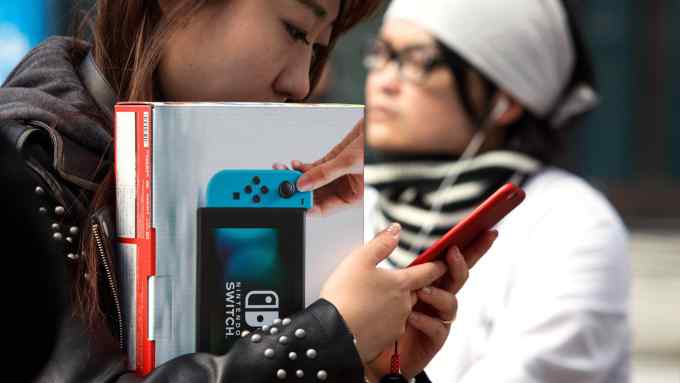