We use cookies (opens in new window) for a number of reasons, such as keeping FT Sites reliable and secure, personalising content and ads, providing social media features and to analyse how our Sites are used.
Manage cookies
Accept & continue
FT Series PAD London 2018
Arts

The night before the opening of the art and antiques fair Paris Biennale earlier this month, Artcurial, France’s leading auction house, launched its autumn season with idiosyncratic aplomb. Epiphyte: Dialogue Floral married ambitious young florists from France and abroad with single works from each of the autumn’s sales. Sculptural compositions of flowers and plants were placed in homage to masterpieces, including “Pagliaccio” (1949-50) by Lucio Fontana, a large, dancing ceramic work up for auction in December; a painting of an Arab stallion by Théodore Géricault, star lot of November’s Old Master and 19th-century sale; and the candy-striped Nefertiti desk (1970) by Italian designer Ettore Sottsass. The desk will feature in a landmark sale of 40 Sottsass works spanning six decades in October, just after the FIAC fair.

The idea behind Epiphyte: Dialogue Floral was to attract a young fashion crowd as well as more established collectors. With ornate garden statuary from another sale in the courtyard fronting its grand Beaux-Arts building on the Champs-Élysées, Artcurial was celebrating its strongest ever half-yearly results, a rise of 27 per cent on the same period in 2017, earning the house ninth position globally in ArtPrice’s list of Fine Art auctioneers, with a half-yearly fine art turnover of more than $55m (it also holds classic car auctions).

“Our secret,” says the company’s chairman and CEO Nicolas Orlowski, “is audacity.” He adds, “We are in an overcrowded marketplace of many tiny auction houses, but we also face the duopoly of Sotheby’s and Christie’s.” Though Artcurial is snapping at the heels of those two houses in Paris, it currently has no ambitions to hold sales in the market centres of London or New York. Instead Orlowski has been quick to identify opportunities in Monaco and Marrakesh — “a strategic platform for the whole of Africa” — and to collaborate with institutions in Hong Kong and Brussels, as well as building on the company’s strengths in 20th-century design, urban art and comic books.

Orlowski trusts his specialists: “each department is its own enterprise.” Certainly the maverick Fabien Naudan, a passionate collector of design who is in charge of the 20th-century departments (and the imagination behind May’s C.R.E.A.M. sale in honour of Supreme, the 1990s cult skateboarding store, now a global brand), has injected energy into markets as diverse as branded memorabilia, urban art and the furniture of Charlotte Perriand through his innovative sales. “This idea of a bazaar of collaborating entrepreneur-specialists is fundamental to the organisation’s DNA,” Orlowski says.

Dorotheum, by contrast, is one of Europe’s oldest auction houses, founded by Emperor Joseph I in 1707 to prevent Vienna’s poor from being exploited by pawnbrokers, and rooted in its palatial 1901 building. Its London-based director and Modern and contemporary art specialist Martina Batovic calls it a “heritage brand”. The company was bought out by shareholders 15 years ago; they have streamlined the business and promoted it abroad, opening offices in Germany, Italy, Belgium and London. Dorotheum has harnessed the opportunities of the internet, running 68 per cent of its 700 annual auctions online, while still aiming to serve all levels of the market, drawing deeply on the region’s mature collections.

Dorotheum does not publish its results, but Artprice places it tenth, behind Artcurial, with a fine art turnover of about $38m (it also does good business in classic cars). “What we do very well is 19th-century,” Batovic explains, “with a sweet spot between €50,000 to €2m.”

A new auction record achieved for Italian Informel painter Emilio Vedova for his 1959 “Tensione”, which fetched €792,500 (estimate €150,000- €200,000) in the Contemporary Art auction in May 2017, indicates another growing area of strength. Meanwhile top of the October sales is the recently rediscovered dramatic painting of Lucretia by Artemisia Gentileschi (1593-1653). It is estimated cautiously at €500,000- €700,000, and believed to have been in the same private European collection since the 19th century — coaxed out, no doubt, by the Italian Baroque artist’s rising profile and prices.

Behind these two auction houses is a host of family-run or smaller operations rooted in their local areas but seizing the opportunities of the internet to reach global audiences. Switzerland’s largest auction house, Koller Auctions, founded in 1958 and based in Zurich, focuses on fine and decorative arts and jewellery. It has achieved substantial records for local heroes including Giovanni Giacometti, Alberto’s father.

Robert Ketterer, too, at the auction house Ketterer Kunst, founded in 1954, credits specialisation with the company’s success. They are specialists in German Expressionism (holding the auction record for Hermann Max Pechstein, for instance) but also handle the work of artists based in Germany, including the British sculptor Tony Cragg, whose massive bronze sculpture “Point of View” (2002) sold for a record €662,500 in Munich in June, doubling its estimate.

Henrik Hanstein, president of the European Federation of Auctioneers and CEO of the Cologne-based Lempertz auction house, established in 1845, says, “the whole game is to get a top consignment.” He says that smaller companies like his (whose annual turnover is €52m, the largest in Germany) have benefited from the global opening of the market but above all from the free market within Europe. This allows him to import into Brussels, where Lempertz conducts auctions, and where the import tax is just 6 per cent, rather than Germany, where it is 19 per cent. In May 2017 Lempertz held its Asian art sale in Brussels to avoid Germany’s law for the protection of works of art of cultural interest (“Kulturschutzgesetz”), which came into force in August 2016.

Lempertz collaborates with Artcurial on jewellery sales in Monaco, and will launch a joint tribal art sale with the company in January. Compared with Sotheby’s and Christie’s, he argues that Lempertz can offer clients a more agile way of doing business. “We are racing yachts, not ocean liners; we are quicker and lighter,” he says. And while he fears the chaos that Brexit and increased European regulation may unleash, he is hoping this agility will see them thrive. 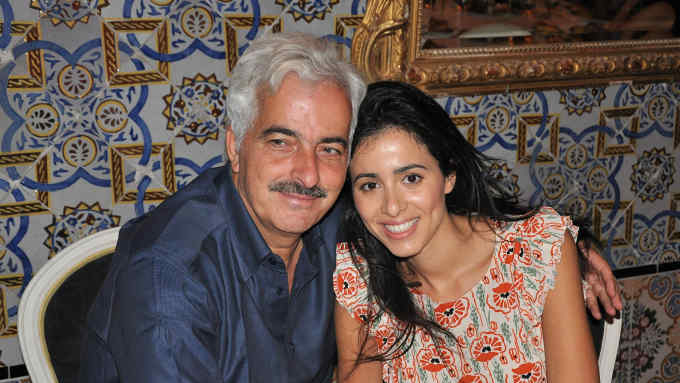