How Paris can catch London as Europe’s top corporate hub

The ‘Macron effect’ has boosted France’s corporate sector, but there is more work to be done
Harriet Agnew 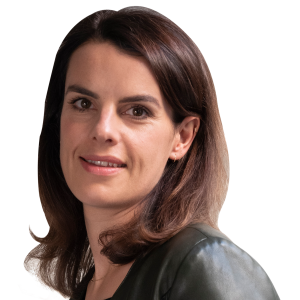 If you want to get a sense of the scale of France’s technology ambitions today, look no further than Station F. The 34,000 sq m former railway station in Paris’s 13th arrondissement bills itself as the largest start-up incubator in the world. Since it opened last June, Station F has filled up with 1,000 companies.

French tech is on a roll, which helps explain why Paris has closed London’s lead in the number of businesses it contributed to this year’s FT 1000. What can the French capital do to make the top spot?

For telecoms billionaire Xavier Niel, who funded Station F with €250m, it is a numbers game: the more start-ups that can get off the ground, the better shot that France has at producing more unicorns — private companies valued at more than $1bn.

President Emmanuel Macron has vowed to make France a “country of unicorns”. He wants France to take the European lead on artificial intelligence to catch up with the US and China. Since his election, the so-called “Macron effect” has helped boost the country’s image internationally. But there is much more work to be done.

First, talent. France has a long history of cultivating engineers in its famous grandes écoles. There are signs the tide is turning on the brain drain that the country suffered under President Macron’s Socialist predecessor François Hollande. Many young people and entrepreneurs fled a high and unpredictable tax regime in search of a more dynamic jobs market in London or Silicon Valley.

Now the US and the UK are perceived to be shutting their doors to immigration. A tech-fuelled economy and a housing shortage has sent property prices soaring in Silicon Valley. People who a few years ago might have left France are staying put and international talent is coming in.

Last year, Mr Macron announced a special visa that offers a fast-track for international tech founders, employees and investors to obtain a four-year work and residence permit. More than 1,000 applications have been received.

“France is now great at getting foreigners in the door but they’ve got to do more to keep them in,” says Tony Fadell, one of the fathers of the iPod and co-founder of home-hardware company Nest, now part of Alphabet. He moved to Paris in 2016 and runs an early-stage investment firm at Station F.

The next important area is funding. French tech companies last year raised their biggest ever volume of capital and number of fundraisings, according to CB Insights. The deal activity eclipsed Germany, but lagged behind the UK. While start-up funding is abundant, growth capital is harder to come by, say entrepreneurs.

France’s start-up market has been boosted by Bpifrance, a public investment bank that has invested several billion euros in French start-ups since it was created in 2012. But it is under pressure to be more discerning.

“The Bpi did a lot of spray and pray to get things started, which is commendable,” says Mr Fadell. “Now it needs to become more targeted and focus on sectors where France can make a real difference — healthcare, AI, transportation and agriculture.”

To focus too much on a battle of the cities, however, is to miss the point. European countries need to work together to turn promising $1bn start-ups into $10bn companies.

The €1.5bn that Mr Macron has flagged for AI research during his term pales alongside Beijing’s plan to create a $150bn AI industry by 2030.

France’s investment is part of Mr Macron’s wider goal for “European sovereignty on AI . . . especially on regulation”, which leads to the third area where action is needed: simplifying regulation to create a true single market. Paris-based companies should be able to open in countries across Europe without the practical necessity of setting up a new legal entity in each.

Anything that can be done to smooth differences in rules, languages and taxation will make it easier to build fast growing companies in Europe. It will not matter whether they are based in London, Paris or Berlin.

The writer is the FT’s Paris correspondent