Electric vehicles to cut the cord with wireless charging

When passengers arriving at Oslo’s central railway station step into a waiting taxi, they may be unknowingly experiencing a taste of the future.

Next year, 25 of the Norwegian capital’s electric taxis will be fitted with under-vehicle technology that will recharge them wirelessly on a taxi rank embedded with charging pads.

Fitted to a test fleet of Jaguar I-Pace cars, the technology is part of a trial that authorities hope will be rolled out across the country as part of a push to make all of Norway’s vehicles electric.

“The taxi industry is the ideal test bed for wireless charging, and indeed for high-mileage electric mobility across the board,” says Ralf Speth, Jaguar Land Rover chief executive.

“The inherently safe, energy efficient and high-powered wireless charging platform will prove critical for electric fleets, as the infrastructure is more effective than refuelling a conventional vehicle.”

Wireless — or induction — charging is one of several bets taken by the auto industry to alleviate the inconvenience of recharging EVs.

Electric car sales are still low globally, but are expected to rise in the coming decade, driven by emissions regulations in Europe and China as well as decarbonisation targets from countries such as Norway, the UK and Germany.

While improving battery technology offers higher density, and therefore greater mileage before recharging, experts say that short-cut technologies such as induction charging may encourage more consumers to switch to EVs.

Taxis and bus fleets, which have dependable routes and waiting places, make an obvious first step for testing the technology.

“Before you get to electric cars there are an awful lot of vehicles such as buses and taxis and vans and others that have to go electric,” says Andrew Daga, chief executive of Momentum Dynamics, which provides the Oslo trial’s charging systems. “There’s no feasible way to put electricity into batteries of those vehicles easily.”

The idea is that vehicles waiting either in taxi ranks or at bus stops will eke out a few minutes of charging while stopped, helping replenish the battery in small amounts and avoiding the need for a grid-draining charge of the entire fleet every night.

“It makes sense to have a reliable system and fewer chargers with higher utilisation rate, rather than concentrate it in fewer depots each using a skyscraper’s worth of electricity,” he says.

The company is aiming to cut the cost of each charging pad on a vehicle — it currently costs $30,000 to add four to six pads to a bus — to less than $1,000 once it is producing at scale.

Vehicles waiting in taxi ranks eke out a few minutes of charging, replenishing their battery and avoiding a grid-draining night charge by an entire fleet

Critics of the technology point to heat loss from the wireless charging system, and expensive installation.

Calculations from the International Council on Clean Transportation, a non-profit group, are that costs rise exponentially as the voltage of a system increases. Installing a 1.2kW home charger can cost as little as $813, but a 50kW fast charger costs $28,000, rising to $75,000 for a 150kW and $140,000 for a 350kW system, according to a recent report.

Mr Daga says floor panels can last up to 20 years, with most of the cost coming from grid upgrades that would be needed at any charging station, whether underfloor or using a cable.

Some mainstream charging companies are lukewarm on the technology that may, if widely successful, threaten the model of charging stations that also sell food or coffee to waiting vehicle owners, at a high margin.

“We do not see significant growth potential for wireless charging,” says Tom Callow from BP Chargemaster, a supplier of EV chargers in the UK. “Vehicle manufacturers are understandably anxious about adding weight to vehicles, and to standardise receiver design, location and specification.”

The technology, he says, has more potential for taxis or commercial vehicles, which are standardised.

In the scheme of the century-old motor industry, modern electric battery cars and their accessories are relatively new. As such, it remains unclear what the dominant charging pattern or technology will be for consumers — prompting the industry to spread its bets.

Other fringe technologies are also being explored as ways to improve charging. One — battery swapping — uses robots to change batteries at a swap station, a process that while slightly longer than traditional refuelling is a fraction of the wait time for charging a battery. NIO, a Chinese electric car start-up, has changed more than 800,000 batteries as of May this year, through its network of battery swapping stations.

Offshoots of the industry are also dabbling in solar cars, a technology that may one day allow cars to run without stopping to charge.

The European Solar Challenge in Belgium, planned for September, will see teams race cars around a track for 24 hours, with two night recharges permitted to compensate for running the cars when they cannot charge via solar power.

But despite carmakers such as Ford and Audi sponsoring teams in the solar race, the technology remains in its infancy.

“They’re still very inefficient, we are at 22 per cent,” says Rachel Burstow, a fourth-year engineering student on the Durham University Electric Motorsport team, adding “but even the top teams are only running at 28-30 per cent”.

Whatever the solution, the shift to EVs has profound implications for the network of petrol stations that have long supported combustion cars.

“The world that we are moving into requires people to think a bit differently about fuelling these EVs,” says Mr Daga. “We won’t succeed if we just try to replicate the gas pump paradigm.” 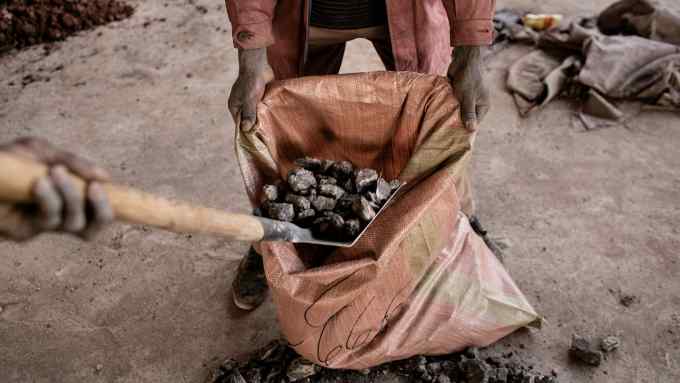