‘I was unashamed’: Yumi Ishikawa on fighting sexism in Japan

It was meant to be just one of her regular, mundane musings about life as a woman in Japan. But Yumi Ishikawa’s life changed with a tweet she posted on January 24 this year: “Someday I want to get rid of the practice of women having to wear heels and pumps at work.”

The 32-year-old actor was working as an usher in a funeral parlour at the time, a job that involved eight-hour shifts in heels measuring 5cm-7cm. Her comment went viral; it has been retweeted 29,000 times, helping her become the face of the #KuToo movement — a play on the Japanese words for shoes (kutsu), pain (kutsuu) and #MeToo.

Encouraged by the response, Ishikawa, who is also a freelance writer, launched a petition for a ban on high-heel stipulations by employers in Japan. When she submitted her petition to the health ministry in June, it had been signed by nearly 19,000 people and has now collected more than 31,500 signatures.

The debate dominated national headlines and TV programmes throughout the year, but the #KuToo hashtag also struck a chord internationally, prompting celebrities such as singer Cyndi Lauper to chime in (she tweeted a photo of her black patent loafers, describing them as “so comfortable in my work space”).

When we meet, Ishikawa, wearing a sweater and skirt with black leather shoes (flat, of course), is soft-spoken and unpretentious. “The bashing started right after that tweet,” she says. “My attitude was [considered] ‘arrogant’. I was unashamed so people assumed someone very mean had spoken out.”

She received a vicious avalanche of replies ranging from criticism of her sideline as a bikini model to the all-too-common, “You could always quit that job” and the far-fetched, “By adult age, a woman’s foot normally evolves to become capable of wearing heels.”

But Ishikawa was undeterred. When a critic cited her past roles in soft-pornographic films to cast doubt on her activism, she fired back: “So you’re saying a woman who shows her boobs has no human rights?”

Her movement has since evolved from a focus on women’s footwear to a wider debate around Japan’s entrenched culture of sexual discrimination. Ishikawa challenged not only traditional dress codes for female staff but also the shaming culture and “put up or shut up” attitudes that have long prevented Japanese women from speaking out against social injustices.

In the opening chapter of her just-released book #KuToo, Ishikawa talks about the liberation that came from expressing her anger. Public displays of emotion are often disapproved of in Japan, where gaman (perseverance) is a virtue, particularly in workplaces where long hours and egregious forms of power or sexual harassment are endured in silence.

“[Women] weren’t allowed to be angry,” Ishikawa writes in her book. “If we expressed our anger, we were suppressed by words such as ‘hysteria’ and we were told we wouldn’t be popular or wouldn’t be heard if we spoke like that. To be honest, it’s super-fun to be angry.”

Japan is not the only country where women have protested against unequal company dress codes. In fact, Ishikawa was inspired by a similar campaign in the UK by a PwC receptionist who was sent home for wearing flat shoes on her first day at work. But Ishikawa’s campaign has touched a raw nerve in a nation where workplace norms are being challenged after a series of scandals.

Last April, a top finance ministry bureaucrat resigned after being accused of sexually harassing a female reporter, marking a rare #MeToo moment in Japan. A few months later, a prominent medical school confessed it had rigged its entrance exams against female applicants for more than a decade.

The incidents dealt a blow to prime minister Shinzo Abe, who has pushed for female empowerment through a policy known as “womenomics”. Despite his efforts, Japan’s position on the World Economic Forum’s gender-equality ranking has fallen from 101 to 110 since he took office in 2012.

Things could dramatically change if people at the top moved, but there’s a general environment in Japan not to take the initiative

Ishikawa was not always an activist and never imagined identifying as a feminist. “I was the kind who thought men and women were [already] equal,” she says. The turning point came for her when the #MeToo movement made its way to Japan in late 2017.

Inspired by a female blogger’s revelations about the sexual harassment she suffered while working at the advertising agency Dentsu, Ishikawa wrote a blog post using her real name about her own experiences of harassment while she was a bikini model in her twenties.

“I never realised I was a victim. Everyone kept telling me that it was because of the kind of job I was doing, and for about eight years I suffered in silence because I thought the fault [lay] in me,” she says.

Born in a city north of Nagoya, central Japan, Ishikawa was raised by her stay-at-home mum and a father whom she has described as “a very typical salaryman”. When she was 18, she was discovered by a talent scout and moved to Tokyo.

Since she began her campaign, change has been slow. Some companies have quietly changed their dress codes, including her former employers at the funeral parlour, which replaced its stipulations on high heels to plain black shoes. NTT Docomo, the country’s largest mobile-phone company, now allows female staff at its shops to wear sneakers.

Still, in a recent survey by the Japanese Trade Union Confederation, 11 per cent of those polled said their workplaces had requirements on the height of heels, while 37 per cent cited other stipulations, such as women having to wear skirts and rules on hair colour.

After Ishikawa submitted her petition, Takumi Nemoto, the health and labour minister, drew widespread criticism when he said it was “generally accepted” that women wearing high heels at work was “necessary and appropriate”. “It’s really difficult to bring change,” Ishikawa says. “Things could dramatically change if people at the top moved, but there’s a general environment in Japan not to take the initiative.”

On a personal front, strains have emerged in her relationship with her mother, who had been supportive of her work until then. And yet Ishikawa, who currently works part-time at a call centre, does not regret her fight against gender inequality.

“I’m just really going with the flow and I’ll continue speaking out on Twitter. What I want to say is, don’t just look at a campaign and see it as a phenomenon. I want everyone to think about why it’s happening.”

Kana Inagaki is an FT correspondent in Tokyo

Follow @FTMag on Twitter to find out about our latest stories first. Listen and subscribe to Culture Call, a transatlantic conversation from the FT, at ft.com/culture-call or on Apple Podcasts

Explore the series
READ MOREWomen in 2019: the game changers
Jo Swinson: ‘This is about me giving a voice to millions of people’ 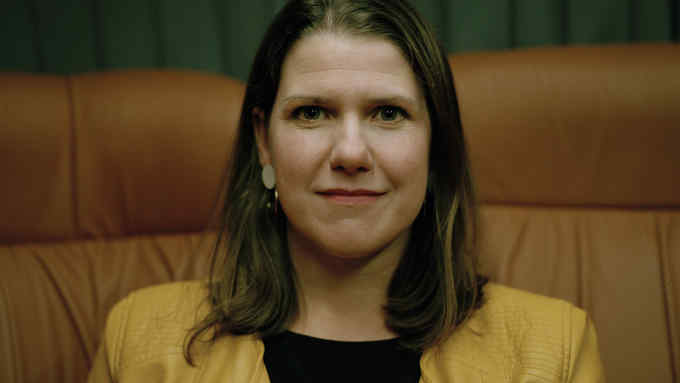 In a world convulsed by protests, women have been fighting for the environment, political freedom and their own futures. We hear from some of those remaking our societies — from Nobel Prize-winners to artists, judges to revolutionaries