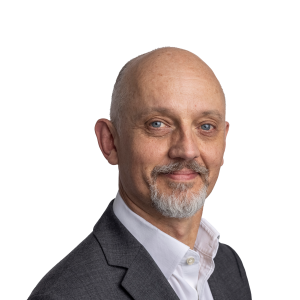 Last week shareholders revolted against the pay policies of Deutsche Bank and Goldman Sachs. Similar censure votes have been registered this spring at Citigroup, French carmaker Renault and a slew of UK companies, including oil company BP.

Pay revolts are nothing new. At the WPP advertising conglomerate, where chief executive Martin Sorrell received an eye-popping £70m last year, they are an annual pantomime that is swiftly disregarded by the board.

The difference this year is that the rebellions reflect worries at the wealth gap between executives and Joe Average. This is a perplexing development for those who, like many in the private sector, consider that the social mission of business is to make decent profits and that investors should reward bosses accordingly.

Hans-Christoph Hirt of Hermes, a UK investment manager and consultancy that campaigned against Deutsche’s pay plan, says: “There is a much bigger sensitivity this year to large payouts and income inequality. I have never seen these issues so openly discussed.”

The conservatively minded boss of a large City of London institution agrees. “Income inequality is a very big issue, here and in the US. It’s part of the subtext of what is going on in pay votes,” he says.

Gossiping over dinner, the finance director of a FTSE 100 company says: “Investment managers are clamping down on executive pay because if they don’t, the government has told them it will.”

There is no evidence to support this rumour, which is inspired perhaps by the willingness of the UK government to fix pay levels at the other end of the scale via a National Living Wage. The government has, it is true, sometimes forestalled bonus payments to bosses of bailed-out banks.

Paris picked up the interventionist baton this year. The French state was among investors that last month voted against the €7.3m package of Renault boss Carlos Ghosn.

Given the new ideological overlay to pay votes, any social justice warriors seeking coherence will be disappointed. Income inequality, which has risen in the US and UK since the 1980s, is a fuzzy background issue. Individual censure votes have tended to howl, as they always have, at “rewards for failure”, or are nit-pickingly specific to the companies concerned.

Both descriptions applied at Deutsche, where 52 per cent of shareholders voted against an executive remuneration plan. The bank made a €6.8bn loss in 2015. Its shares have fallen 60 per cent since their 2014 peak. The timing was poor for the introduction of a “divisional performance award”, whose targets would have been heavily in the gift of a supervisory board that includes trades unionists.

The London leg of the insurrection kicked off last month, when 59 per cent of shareholders voted against BP’s remuneration report. This featured a 2015 pay award worth almost $20m for Bob Dudley. The chief executive did not deserve a $1.2m bonus increase to about $4.2m in a year when shares had fallen some 15 per cent, critics said.

At one level these mattered little. Slow hand claps for racy remuneration were, with one exception, purely advisory. At another level they mattered a lot. Not just because many London-listed companies face binding votes next year. The displays of pique showed that the consensus on pay that emerged in the noughties is collapsing.

Few European investors objected to big payouts previously, so long as corporate performance was good. Now they say “quantum” — or absolute amount — is important. This is reflected in the plans of Norway’s $870bn oil fund to vote down packages it deems excessive. But shareholders will not say how much pay is too much at the hypothetical level that would help remuneration committees set it.

Similarly share options were replaced with share-based “long-term incentive plans” at well-behaved UK companies years ago. LTIPs are a characteristic product of the overheated ingenuity of remuneration consultants. The schemes are prone to fiendish complexity and paying out deferred bonuses just when profits are flagging.

Investors agree that LTIPs have failed. They cannot agree what to replace them with. Executive pay-setting as a whole appears just as dysfunctional as ever. Capitalism is no nearer to collapsing under its supposed contradictions than when Prof Piketty published a book whose title self-consciously reprises that of Karl Marx’s Capital.

The system by which capitalists reward their top bosses, on the other hand, is looking decidedly wobbly.