Hierarchy matters at work, so why aren’t we talking about it? 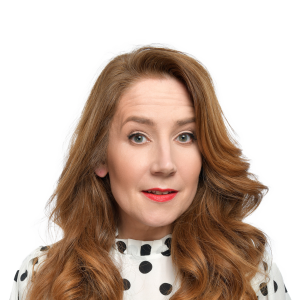 The writer is the author of ‘Lift As You Climb: Women and the Art of Ambition’

You can’t glance at a screen or a newspaper at the moment without picking up on the two key workplace issues of the moment: “the menopause” and “flexible working”.

Apparently neither of these phenomena were caused by the pandemic. Although you could be forgiven for thinking they were, seeing as they have had so little airtime until the past year or so.

Both issues represent something telling about this point in time: we have an opportunity to discuss aspects of working life which should be a matter of routine but instead have somehow become taboo. The question is: are we talking about what really matters?

Last month the Women and Equalities Committee launched an all-party inquiry to investigate workplace menopause policies. A 2019 survey by Bupa estimated that almost 900,000 women in the UK had left their job completely because of menopause-related symptoms. This is an extraordinary statistic.

Without getting into any of the other implications (such as having entry-level humanity), it is the most uneconomic use of (wo)manpower imaginable. Losing some of your best, most experienced people because of completely foreseeable, normal medical symptoms? It is the definition of wasteful and short-termist.

And just as the menopause was not invented in March 2020, neither was flexible working. Over the past two decades it has become impossible to ignore a growing awareness about mental health and balance in life.

I don’t remember anyone talking about “burnout”, “presenteeism”, “pleasanteesim” (masking mental health issues with a smiley face) when I joined the workforce in the mid-1990s.

I took redundancy from my last full-time office job in 2001 because I could see the strain on the face — and the family lives — of almost everyone I worked with and I had a hunch I would be happier working for myself. Now, environments where you are expected to be “on” constantly — usually for no particular reason other than to reinforce someone’s otherwise-weak authority — are, rightly, seen as toxic.

All this is to the good. If rather weirdly so, as with work issues it always seems as if we are arguing for very basic things that no reasonable person could disagree with in the first place. It is hardly controversial to anticipate that women in their late forties might need some support when they are perimenopausal.

And it is not exactly cutting-edge to suggest that employees who have some feeling of agency and choice over their working practices will probably feel better-disposed towards an organisation. What is disturbing is that these average, ordinary, small asks become buzz topics. And in turn they act as a sort of “cover” for avoiding the themes that really are controversial and difficult to talk about at work: status, generational discord, ageism (at both ends of the spectrum), inequality.

These fashionable areas for debate allow us to sidestep the thing we least want to talk about: hierarchy.

They don’t understand why it is seen as right and they are not interested in reinforcing that system. They don’t see the point of “waiting out” three decades to get to some particular level of influence. This mindset is reflected in the conversation about Me Too, Black Lives Matter and all kinds of identity politics. Once you start to question inequality in society, you start to see it everywhere. And you start to ask a lot of questions.

Some of these queries can come across as immature foot-stamping. “Why should this old guy — who doesn’t really do much — command respect and earn the most?” “Why do I have to wait my turn in the meeting?” “Why can’t I work from home?”

But they are also valid questions. Often the only logic as to why things happen the way they do at work is because “this is the way we have always done things” and/or because “we are older and more experienced than you and we know best.”

These were poor answers before the pandemic and they are even worse now. Better responses will be found not by investigating the menopause or issuing everyone with a work-from-home laptop. They will be revealed by awkward, uncomfortable, radically honest conversations. Let’s make space for those.