Jim Brunsden in Brussels and Guy Chazan in Berlin

The European Commission, often accused of overregulating people’s lives, is facing calls to intervene in how the EU keeps time after a clamour to scrap the twice-yearly ritual of resetting Europe’s clocks.

Officials in Brussels said they were overwhelmed by the scale of an online consultation on daylight saving time — the practice of putting clocks forward an hour in summer and then back again an hour in winter. The 4.6m responses were by far the highest number received by the commission, which launches dozens of such surveys every year on regulatory issues.

Brussels has yet to reveal the results but officials said privately that a large majority of respondents wanted an end to DST and called instead for clocks to stay the same all year round.

Each EU country would remain free to choose their timezone, meaning they could, if they wanted, stick to “summertime” the whole year round — an experiment the UK tried for three years at the end of the 1960s.

While Britain has used daylight saving time almost continuously since it was introduced as a way to save fuel in the first world war, some European countries did not adopt the practice until the oil crisis of the 1970s. As well as saving energy, governments argued that it would improve road safety and allow for longer summer evenings.

But the consultation is a sign that at least some Europeans think the system has lost any usefulness and could even be harming their quality of life.

Many responses to the EU consultation came from Germany, where a Forsa poll in March this year found that 73 per cent of respondents were in favour of scrapping daylight saving time, though only 31 per cent thought it would happen in the next five years.

More than a quarter of those questioned in the Forsa survey said they had experienced health problems connected to the switch from winter to summer time. Tiredness, difficulties falling asleep and problems with concentration were commonly cited. 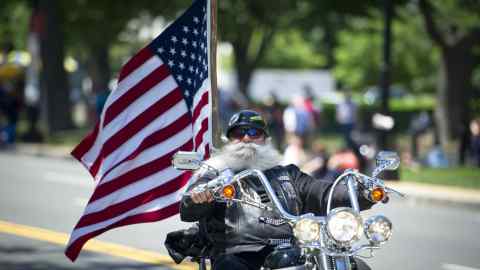 A German centre-right politician, Herbert Reul, has campaigned on the issue for years, telling the European Parliament in 2016 that “if no energy is saved, why annoy people with such a change twice a year? It means costs, it means health burdens.”

Seasonal shifts in the amount of daylight are greatest in the north of Europe. Finland has formally requested that the EU change its laws to end the twice yearly time switch, while Lithuania has also called for a review.

The consultation, which ended this month, was a response to a request from the EU parliament. The commission declined to comment on the findings, which it will discuss internally this week. “A consultation is not a referendum,” a spokesman said.

Any change requires a legal proposal from Brussels that would then need approval from national governments and MEPs.