Advances in refrigeration and alternatives to needle-based injections boost uptake

While some scientists seek vaccine breakthroughs for cancer, HIV and malaria, others are focusing on a more basic problem: ensuring that the vaccines we have reach those in need.

Start with supply chains. Most vaccines need to be kept within a two- to eight-degree Celsius range, and must be transported and stored in refrigerators. They can be ruined by power outages or technical glitches, such as thermostat failures. Up to half of vaccines are wasted due to cold-chain disruption.

Refrigerators have improved over recent years thanks to developments such as solar energy to reduce reliance on unpredictable mains power. Solar refrigerators can be found everywhere from cyclone-hit Fiji to war-torn Yemen. But until recently it was difficult to tell whether temperature breaches had occurred.

“Five years ago, the way you recorded temperature was to look at the thermometer and write it in a book three times a day. Periodically that got pushed up into some kind of recording database in the local health system,” says Guy Watson, head of international operations at Dulas, a maker of solar-powered vaccine refrigerators.

Now, they are increasingly being equipped with sensors that bounce data into the cloud. “Everyone can see what the temperature is, and if there have been excursions that compromise the vaccines,” says Mr Watson.

Nexleaf Analytics, a non-profit organisation, has developed a system that gathers real-time temperature data and sends SMS alerts enabling “health personnel to take responsive actions to protect and save vaccines”, says Nithya Ramanathan, chief executive and co-founder. “This [system] also allows health ministries to systematically analyse all the cold-chain equipment in the country without having to manually collect the data.”

Nexleaf is turning its attention to mobile apps through which technicians can log repairs, streamlining communications on cold-chain failures, spare parts availability, and demand for resources, leading to better forecasting and planning.

However, technological improvements alone will not fix the last-mile problem, says Mr Watson, as some cases of spoilt vaccines involve human error.

He recalls visiting one west African hospital to find that workers had replaced vaccines in the fridges with bottles of water. “Staff had not been paid for more than six months,” he explains. “So they were selling cold and frozen water at local markets to pay for their day-to-day needs.”

Other delivery innovators are focusing on alternatives to needle-based injections whose shortcomings include accidental transmission of blood-borne diseases, injection phobia (especially in children), and the need for trained staff.

Skin patches, made of hundreds of micron-sized needles, a millionth of a metre each in size, coated in dry vaccine formulation, are a painless alternative to vaccinations. They have shown promising results in animal trials for respiratory syncytial virus, measles and rubella and hepatitis.

There is a sizeable psychological benefit; when offered the choice of seasonal flu vaccination using a patch or a conventional injection, the percentage of people intending to be vaccinated increased from 44 to 61, according to a World Health Organization study.

Patches might be more effective than intramuscular injections, because the dermis and epidermis of the human skin are “rich in antigen-presenting cells, suggesting that delivery of vaccines to these layers, rather than to muscle or subcutaneous tissue, should be more efficient”, the WHO says.

“Intradermal patches can give a much better immune response, which means the same amount of vaccine goes further,” says Seth Berkley, chief executive of Gavi, the global vaccines alliance. “For polio, for instance, you could go to a lower dose during a crisis, around one-fifth.” Patches with freeze-dried vaccines could be delivered through the mail or administered by a para-health professional, he adds.

Inhaled delivery, or aerosolised vaccination, is also promising. The lungs can be reached non-invasively, offer a large surface area for absorption and provide access to tissue that is highly responsive to vaccines. So-called pulmonary vaccination has existed for years, and has been applied to diseases including influenza, pneumococcal disease, tuberculosis and Ebola.

“There have been several advancements to the structure and design of inhalers, and nebulisers are being remodelled to broaden their applicability to include novel therapeutics such as antibiotics,” says Anushi Rajapaksa at the Murdoch Childrens Research Institute in Australia.

However, the results of pulmonary vaccination trials have been variable, and the technique is inferior to injections for influenza. “There is still a lack of understanding in what makes for effective aerosol delivery, especially compared with the traditional intramuscular route,” says Ms Rajapaksa.

The goal for all “last-mile” research — to find reliable, low cost and efficient ways of getting vaccines to those that need them — may not receive as much attention as the quest for new vaccines. But without these efforts, a vaccine gap could exclude millions from the fruits of laboratory research. 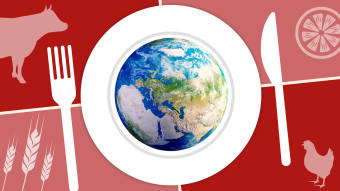