How do you put a price on a Botticelli?

How do you put a price on a Botticelli? Works by the Renaissance master so rarely come to market that there are very few possible comparisons. The question has been on the mind of the art dealer Carlo Orsi, who brings just one work to Frieze Masters this year, namely Sandro Botticelli’s portrait of the Florentine-circle poet and soldier Michael Marullus Tarchaniota. Orsi has decided on a $30m price tag, which, he tells me, is already attracting interest through his London gallery, Trinity Fine Art. If it comes through, it would be the most expensive work on record to sell at Frieze Masters.

It wasn’t easy to get to that number, Orsi says. Benchmarks for unique works are hard to come by at the best of times, and a non-religious subject matter by Botticelli is particularly rare. The Marullus portrait is fully attributed to the artist so, in theory, is worth more than the priciest recorded Botticelli: his “Madonna and Child with Young Saint John the Baptist” (early 1490s), which sold for $10.4m in 2013.

This is not seen as an especially fine work, partly because it is believed to have had some studio participation. But it has a punchy provenance: it passed through Lord Duveen to John D. Rockefeller, in whose family it remained until 1981. It sold then for $308,000, so clearly there has been some impressive inflation in the market for Botticelli.

The provenance of Orsi’s Botticelli is also powerful — if not quite Rockefeller material. Previous owners include St Petersburg and Portuguese nobility and the work is now being sold out of the family of the Catalan politician Francesc Cambó (1876-1947). His daughter, Helena Cambó de Guardans, has loaned the work to Madrid’s Prado Museum for the past 20 years.

Orsi’s painting has had at least two restorations, and was transferred from panel to canvas in Russia in 1864. Marullus’s black jacket “seems to be completely repainted”, according to its condition report. But for a work that is more than 500 years old, its overall condition is still “good”, Orsi says.

From a valuation point of view, the fact that the work is a portrait could work in its favour. In recent years Old Master portraits have become more popular, as taste for religious works gives way to pictures that tell their own stories. Orsi is banking on the story of Botticelli’s sitter as much as anything else. Marullus (or Michael Marullus Tarchaniota) lived from 1453-1500. An exile from Constantinople, he was at the court of the Medicis, Florence’s rulers and major patrons of the arts. He was also one half of a Renaissance power couple. His wife, Alessandra Scala, was a poet too, a Greek scholar and a celebrated performer. Scala and Marullus are believed to have inspired characters in George Eliot’s 1863 novel Romola.

Another belief put forward in Trinity Fine Art’s catalogue for Frieze Masters is that Scala commissioned Botticelli to paint the portrait after Marullus died in 1500 (he drowned while riding across a river in a storm). Disputed dates are familiar territory in the Old Masters market and Orsi isn’t so sure about the posthumous commission. “I’d imagine it would be difficult to paint something so intense, particularly around the face and eyes, after someone had died,” he says, adding for the record: “But I’m not an art historian.”

He is, however, an expert seller of Old Master works, having worked officially in the field since taking over his father’s gallery in Milan in 1986. Paintings that Orsi has unearthed include Pontormo’s “Portrait of a Gentleman with Book” (1534-35), which he sold to Francesco Federico Cerruti, whose prestigious collection was recently bequeathed to Turin’s Castello di Rivoli following his death in 2015.

Relatively few Old Master paintings have sold for eight figures, though the staggering $450.3m auction of Leonardo da Vinci’s heavily restored “Salvator Mundi” (c.1500) in 2017 has inspired confidence to rip up the rulebook. Orsi’s decision to offer Botticelli’s Marullus portrait at Frieze Masters, a fair dominated by postwar art, is, he admits “a bit of a gamble”. But he is very conscious of the context of the Leonardo sale. “This was sold in a contemporary and Modern art auction. It’s the best way to catch international art buyers,” Orsi says. He is even referring to the work as “the last Botticelli” (it is the last of his works still in private hands outside of Italy), much like Christie’s “last Leonardo” tagline.

The downside of a museum-quality work, however, is that it can come with some strings attached. To bring the Botticelli to London, Orsi has secured a temporary export licence from the Spanish government. This is not an impossible task, but its next owner would have to do the same should they wish to take the work overseas, as well as notifying the authorities of any subsequent changes of location or planned restoration work.

Orsi remains secure with his $30m valuation. “Botticelli isn’t Leonardo, of course, but we are selling a rare masterpiece and if you compare its price to Modern and contemporary art, it’s almost nothing!”

Explore the series
READ MOREFrieze Week 2019
Can the arts help save the planet? 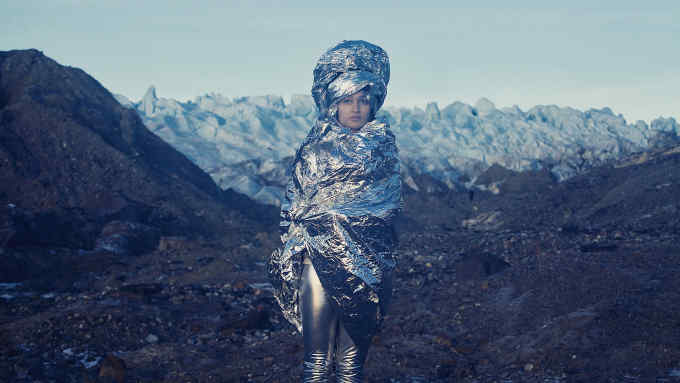