Surge in demand for will writing as coronavirus crisis deepens

The coronavirus outbreak has prompted a surge in demand by wealthy elderly people for urgent advice on will writing, life insurance and inheritance tax planning.

The Law Society, which represents solicitors, said some firms had seen business double in recent weeks as people rushed to put their financial affairs in order.

“Will-writing is one of those things on people’s to-do lists that they never get round to doing, but the current coronavirus crisis has focused their minds,” said Ian Bond, the society’s head of will writing services.

It is estimated that more than half of British adults have not made a will, but the need for older people to practice social distancing makes it tricky to draw one up safely.

In England and Wales, the formal requirements for making a will are that “it must be in writing, signed by a testator — or signed by someone else at the testator’s direction — in the presence of two witnesses, who also sign the will,” said Julia Schtulman, associate in the trust and succession team at Withers, a law firm.

“A valid will could be written on the back of a dirty napkin provided that it was signed by the testator and witnessed correctly.”

Lawyers anecdotally report cases of elderly individuals taking risks and leaving self-isolation to see their solicitor and draw up a will.

People think life insurance is something you can buy and have cover the next day, but it takes two to three months to arrange at the best of times

“We are having to find different ways to service our clients — such as taking instructions over email or by phone or conducting meetings via video links,” said Bryony Cove, partner in the private client team at law firm Farrer & Co. “The current situation is made even harder by outdated practices that mean wills have to be signed in person.”

The Law Society said it was talking to the government about temporarily relaxing some of the rules which could result in only one person having to witness the signing of a will and for digital signatures to be valid.

“We are not in lockdown, so we can still get wills done and proceed with putting a Power of Attorney document in place, but we are working out how to do it safely — it may be that we do it across a room with gloves and a mask on,” says Ms Cove.

Many companies are offering to produce wills online. Farewill, an online will writing company, reported a huge jump in demand over the past two weeks.

Professional advisers also report a rise in calls to discuss inheritance tax planning, including taking out life insurance cover to reduce IHT liabilities that could arise as a result of the “seven year rule”, where tax could be charged on legacy gifts made less than seven years ago.

“Plenty of people have been calling up asking about life insurance policies either for themselves, or for elderly relatives,” said Michael Martin, a wealth manager with Seven Investment Management.

“The problem is, people think life insurance is something you can buy and have cover the next day, but it takes two to three months to arrange at the best of times — and these are certainly not the best of times.”

Q&AYour Questions
I’m writing a will — how do I choose an executor? 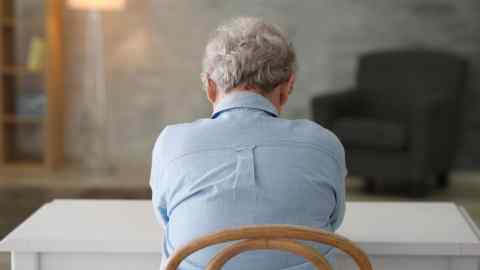 Practical difficulties included the need for a full medical, he said, adding that sending an elderly relative out to a doctor’s surgery unnecessarily at the current time would put them at greater risk of contracting the virus.

“After a medical, the underwriters usually take several weeks to make a decision and provide a quote — but I would imagine insurance companies would be very reluctant to write a policy on anyone aged over 70 at the moment,” Mr Martin added.