BlackRock has recruited Sandy Boss, a former McKinsey senior partner, as global head of investment stewardship as the world’s largest asset manager steps up its efforts to promote sustainable investing among clients and investee companies.

Ms Boss has spent the past six years at the Bank of England serving as an external member of the Prudential Risk Committee. She will now take on the role vacated by Barbara Novick, one of the most trusted lieutenants of Larry Fink, chief executive of the New York-listed fund group which oversees $6.5tn in assets.

She will lead the investment industry’s largest stewardship team — which has more than doubled to 47 people over the past decade — and spearhead BlackRock’s engagement with investee companies, an activity that expanded significantly on Ms Novick’s watch. Ms Novick will continue to lead BlackRock’s global public policy group until a replacement is found, when she will become a senior adviser.

Ms Boss’ appointment was announced on Thursday in a memo which was sent to BlackRock’s staff and seen by the FT.

“Investment stewardship has always been core to BlackRock and its responsibility as a fiduciary. In recent years, this importance has only grown,” Mr Fink wrote. “Clients’ expectations have sharpened, and our stewardship has become central to how societies around the world judge our social contribution.”

At McKinsey, Ms Boss focused on financial institutions, capital markets and risk management in the US and Europe.

However BlackRock’s mounting influence and potential role in influencing new environmentally friendly finance rules has prompted a backlash from critics.

This month the group secured a €280,000 mandate with the European Commission to advise on a project about integrating sustainability into banking regulation. 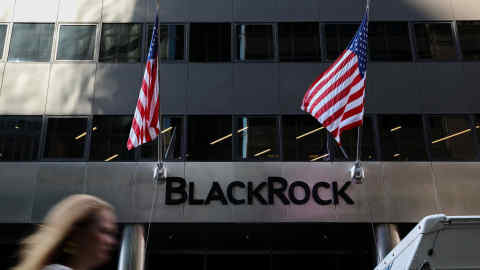 Some observers believe this exposes BlackRock to irreconcilable conflicts of interest given its role as a leading investor in large banks and oil companies that will be required to comply with the more rigorous environmental standards which the EU plans to introduce to combat global warming.

A coalition of 92 pressure groups including Greenpeace and Friends of the Earth wrote a letter this week to Ursula von der Leyen, the European Commission president, urging her to cancel the contract with BlackRock.

They complained that BlackRock was “not in a position to offer any kind of credibly neutral expert advice” on environmental issues and that its appointment raised the risk that crucial sustainable banking measures would end up being derailed.

“The selection of BlackRock sends an extremely harmful message, one that undermines the credibility and reputation of the European Commission’s European Green Deal and sustainable finance policy before it has even begun,” wrote the signatories.

BlackRock did not respond to a request for comment.