For the past two decades, oil has fuelled Colombia’s economic growth, one of the strongest in Latin America.

But the country’s reserves could run dry in six years. While there is much potential in unconventional reserves, the courts have imposed a moratorium on fracking in Colombia, which means that oil is currently off limits.

Colombia must look for other sources of revenue to recover from the economic fallout from the Covid-19 pandemic. But the government has other options for boosting the economy. It says it will bank its recovery on three “pillars” with the aim of pushing GDP to grow by 6 per cent next year (Capital Economics forecasts that GDP will fall 7.5 per cent in Colombia this year and bounce back by 5 per cent next year).

The first is renewable energy. Colombia is rich in renewable resources. It receives regular sunlight all year round. La Guajira, a desert region along the Caribbean, has winds of 9 meters per second, nearly treble the world average.

Until recently, this potential lay untapped. For decades, Colombia focused on developing hydropower instead of renewables, because it has vast rivers and has more rain than any other country on earth.

But hydropower has been hit by climate change as Colombia’s dry seasons intensify due to climate change, pushing up prices. Late last year, the government auctioned its first batch of non-conventional renewable projects, 14 in total. When they are completed in 2022, they will generate 13 per cent of the country’s energy, according to Diego Mesa, minister of mines and energy. He says the projects are expected to bring in $2.6bn in investments before 2023.

Nine of these projects are in La Guajira, with at least 180 wind turbines planned over its desert, up from 15 in 2019. Their construction will demand manpower, says Felipe de Gamboa, commercial director in Colombia for Vestas, a Danish company and the world’s leading turbine manufacturer. That means renewables could create thousands of jobs in the near future. Vestas is getting ready to install 10 wind turbines in La Guajira, but Mr Gamboa is hoping the company will become the department’s main supplier. 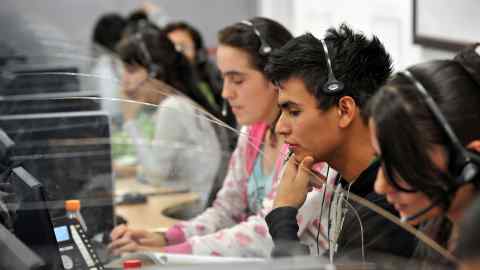 In the future, La Guajira could even export wind power, when the technology to store energy improves. “La Guajira’s potential cannot be limited only to Colombia's [internal] market,” says Mr Gamboa. Colombia is considering a treaty with Panama, says Mr Mesa, whose highly-connected infrastructure would allow Colombia to reach the energy market in all of Central America.

The government’s second economic bet is on speeding up the development of Colombia’s poorest, most conflict-hit regions. It has prioritised 16 that cover roughly one-third of the country’s landmass. “Seventy per cent of our mineral resources are there, 60 per cent of our agricultural capacity is there, as well as much of our tourism potential,” says Emilio Jesus Archila, Colombia's high adviser for post-conflict, who oversees the implementation of the peace deal with the Farc.

70% Government target for broadband reach by 2022

To boost their development, the government has modified the royalty scheme and brought forward 10 years of projected resources, or $1.2bn. They will be used to provide much-needed public goods like roads and schools, and to fund agricultural infrastructure, in the next two years.

The government’s idea is to integrate development of Colombia’s rural periphery to that of the entire country. “If we sum up the last 200 years, we’ve never seen this kind of investment” in these regions, says Mr Archila.

The aim is to create jobs and attract the private sector. The government is already giving tax breaks to companies that set up base there. But the biggest hope is that it improves the quality of life of the 6.6m people who live there, most of whom are poor. Only 10 per cent of them have constant access to electricity and drinking water. 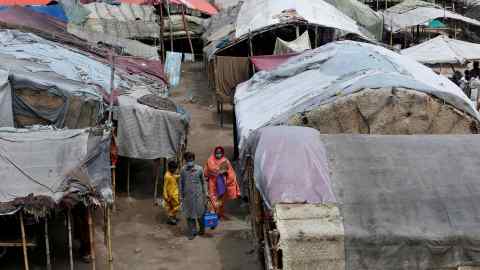 Thirdly, the government believes that a “digital transformation” will boost economic growth, not only in the near future, but also for many years. This change was a central pillar of Mr Duque’s presidential campaign and his plans for an “orange economy”. The hope is that digitising more of the public and private sector will increase productivity, which has remained low in the past.

The digitisation plan involves several projects, including improving connectivity. In 2019, only 53 per cent of the country had broadband access. Thanks to a new law, that figure will increase to 70 per cent within 18 months. 2G and 3G network coverage will convert to 4G within the next two years. If all goes to plan, by the end of Mr Duque’s term, most Colombians will have access to reliable and fast internet.

Other projects include electronic medical records, so that patients can be treated more efficiently throughout the country. Court files will be digital, which will speed up judicial procedures. Government contractors are starting to sign contracts and submit requirements online. There are even plans to use blockchain to tackle corruption and reduce red tape.

To help the private sector make the digital jump, the government has set up centres that advise on such things as setting up ecommerce websites. It is also training private sector employees in science, technology, engineering and mathematics (stem) disciplines and paying for the education of 100,000 future programmers.

To foster technological innovation, tech companies receive income tax breaks for up to seven years. Regulation is also being modified so that fintechs can create new financial products.

According to the OECD, Colombia’s digital transformation is a chance “to diversify its activities from a commodity-based to a high value-added services economy.”

The long-term aim of Colombia’s digital push is to make sure the country is ready, and even becomes a centre, for the fourth industrial revolution. “We missed out on the first three, we cannot miss out on the fourth,” says Victor Manuel Muñoz, presidential adviser on digital transformation.

Colombia’s strategy faces obstacles. The grid line on which La Guajira’s non-conventional renewable energy projects depend is still under construction. Builders have to carry out consultation processes with at least 200 ethnic communities who live along the future line’s path. That could delay the projects’ operation.

Coca and other illicit economies, such as illegal mining, plague some of the 16 rural regions the government plans to develop in the next two years. That attracts illegal armed groups, of which there are many in Colombia, scaring away investors and visitors, while making life miserable for the region’s war-weary inhabitants.

And the digitisation of Colombia’s private sector will take time. Only about 11 per cent of the country’s companies currently have a strategy for digital transformation.

But the government’s bet to get out of the pandemic-induced recession shows it is aware that it can no longer depend on oil. Mr Duque has told the country his government “is making a huge bet for Colombia’s economic recovery.” 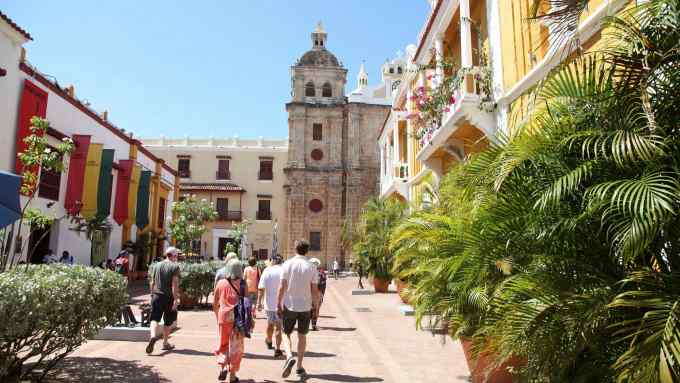