System may give patients more control of their data, improve accuracy and cut costs

Sign up to myFT Daily Digest to be the first to know about Beth Israel Deaconess Medical Center news.

Data is to modern medicine what the microscope was to enlightenment physicians, expanding our understanding of human biology and helping us to more skilfully heal the sick. Its biggest drawback is fragmentation.

Hospitals, general practitioners and specialist clinics all use different electronic records systems, giving each one an incomplete visibility into a patient’s health history or treatment record. Blockchain has emerged as a possible solution to this problem.

Distributed ledger technologies, such as the ones that underpin cryptocurrencies like bitcoin, have no inherent connection to money. They offer a way of decentralising information without compromising integrity and security.

To date, health-focused blockchains are mostly confined to proposals and a scattering of pilots. One, led by MedRec, a project from the Massachusetts Institute of Technology, was a prototype proof of concept at the Beth Israel Deaconess Medical Center. It used the Ethereum network to create so-called smart contracts that pulled patient data from different local storage systems and allowed separate medical practitioners to see it, if given permission by the patient.

Healthcare blockchains have also been piloted in environments where medical records are hard to maintain. Refugees and migrants have little to no access to their medical history, and the humanitarian workforce that treat them is often transient. In May, start-up Iryo deployed blockchain-based electronic health records in refugee camps in Jordan, enabling people to store health data on their mobile phones, and take it with them. It plans to expand in Syria, Jordan, Iraq, Egypt and Djibouti.

While patient care has attracted the most attention, blockchain is also being used to enable large-scale data collection for research. Machine learning tools can surpass humans in speed and accuracy of diagnosis but need vast amounts of training data, which can be hard to access without invading people’s privacy.

Even when patients volunteer their data to be used in research, it can be hard to manage the large volumes of information securely and in a way that gives patients control over permission rights. BreastWeCan.com, a project that encourages women to share the results of their mammograms with medical researchers, uses blockchain to allow people to control their data and grant or deny permission for its use.

Healthcare experts are cautious, however, about becoming too caught up in the hype.

Blockchain itself is not sexy. This is like saying TCP/IP — the technology behind the internet — is sexy

“Blockchain itself is not sexy. This is like saying TCP/IP — the technology behind the internet — is sexy,” says Navin Ramachandran, a radiology consultant at University College London Hospital. “Distributed ledgers are not a silver bullet to all our problems, but just like the technology behind the internet, I believe they are fundamental for data integrity and control,” says Dr Ramachandran, who is working with the IOTA Foundation, a German non-profit organisation that is developing distributed ledger technology.

Some of the most practical uses are likely to come from medical professionals themselves, who often innovate from the front lines in response to problems they see during their work.

Abdullah Albeyatti, a doctor at Leeds General Infirmary, built a website to standardise the paperwork for the discharge of patients — the documents in which doctors tell general practitioners what happened to their patients and the treatment they received. These often contained patchy information or were inconsistently completed by time-pressed junior doctors. T Dr Albeyatti’s standardised forms improved accuracy and lowered costs and so were adopted elsewhere, such as by the Queen Elizabeth Hospital, Woolwich. Dr Albeyatti has now founded a blockchain-based start-up called Medicalchain, to create a way to securely share and store patient records.

Proliferation is a problem, however. If multiple blockchain platforms spring up in healthcare, they could replicate the fragmentation bedevilling existing systems if they are not interoperable. Top-down orchestration from government agencies might help co-ordinate the industry, but is typically tough to execute.

To avoid a spaghetti of blockchains, interoperability between them will be key. Dr Ramachandran, who was part of a team proposing a draft strategy to deal with the fragmentation of cancer information in the NHS, is hopeful that medical blockchains could be designed to work with each other.

“We need an overall technical architecture, but one that accepts local differences,” says Dr Ramachandran. “So you can build a sandbox [a virtual space where new software is run safely] in each region, use similar technology so they can interoperate, and let local actors innovate within the constraints of that interoperability.”

This story has been amended. Iryo deployed its blockchain-based health records first in Jordan in May. 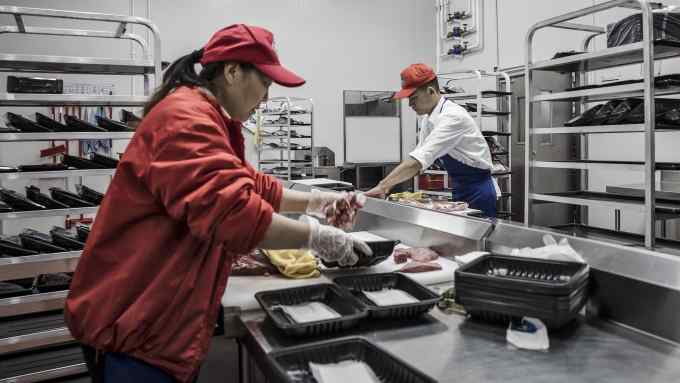