ETF investors set to perform volte-face on US Senate uncertainty

ETF investors, caught out by the result of the US presidential election, look set to reverse a months-long move out of pricey US growth stocks.

The move into beaten-up value equities since July was, at least in part, in expectation that a Democratic “blue wave,” giving the party control of all US legislative bodies, would lead to massive fiscal stimulus. This in turn might have turbocharged economic growth, potentially bolstering cyclical value stocks most of all.

But the Democrats’ seeming failure to secure the Senate has undermined this scenario while also benefiting technology stocks, which now account for 38.9 per cent of the S&P 900 Growth Index. The belief is that big technology companies, which were facing the possibility of tighter regulation under a Democratic hegemony, may now benefit from legislative gridlock.

“Cyclical stocks that had been bought with hopes for economic recovery and high interest rates have fallen back, while high-tech stocks have been repurchased,” said Naoya Oshikubo, senior economist at SuMi Trust, a Tokyo-based asset manager.

“Without the expected blue wave, the Democrats will have less power to tighten regulations on large corporations, and this has helped support high-tech and healthcare stocks in particular.”

Revised expectations look set to reverse the trend that started in July, since when investors have pumped a net $5.4bn into passive US value exchange traded funds, according to data from TrackInsight, even as they have withdrawn a still larger sum, $5.9bn, from the equivalent growth ETFs.

Historically, value investing, which involves buying stocks with a low price-to-book or price-earnings multiple, has in the long run delivered far stronger returns than that of the broader stock market.

However, it has performed dismally since the 2008-09 global financial crisis, with research by Mikhail Samonov of Two Centuries Investments, a quantitative fund manager, suggesting that value investing is currently enduring its worst ever drawdown since at least 1826.

In contrast growth investing — buying the most highly priced stocks — has shot the lights out, led in the US by the “Faangs” of Facebook, Apple, Amazon, Netflix and Google's parent Alphabet.

As a result the iShares Core S&P US Growth ETF (IUSG), which tracks the former index, now trades on a price/earnings ratio of 32.8 and price-to-book of 7.1 times, while iShares’ equivalent value ETF (IUSV) is priced at 15.4 and 2 times respectively.

Anaëlle Ubaldino, a quantitative financial adviser at Koris International, a French investment advisory firm linked to TrackInsight, said the recent flows had, in part, been driven by expectations of a Democratic clean sweep.

In that scenario, value stocks “would have been boosted by the significant fiscal stimulus”, said Ms Ubaldino.

Conversely, when it comes to growth stocks, “groups like Google-Alphabet and Facebook were at risk of being dismantled and taxed more”.

But Ms Ubaldino said investors’ swing towards value and away from growth could also have been driven by a perception that the latter are now overvalued after a strong run. If so, that trend could reassert itself in the months to come.

Not everyone is convinced, however.

“We have had a lot of false positives on value rotation,” said Jonathan Golub, US equity strategist at Credit Suisse.

Mr Golub said “the only way value will really beat growth is if banks beat tech stocks”, with financials accounting for 18.4 per cent of the S&P Value index but only 4.5 per cent of the Growth benchmark.

However, with 10-year Treasury yields having fallen back to their pre-election lows, any hopes that banks might be able to increase their crucial net interest margins are fading.

Toby Nangle, global head of asset allocation at Columbia Threadneedle, said lower bond yields also reduced the discount rate that should be applied to the valuations of future earnings of technology and other growth stocks, suggesting “tech can run a bit from here”.

Mr Oshikubo agreed, arguing that the likely lack of a large fiscal stimulus meant “interest rates should remain low and stock prices will be centred on growth stocks”.

And not only have growth companies had better earnings, their stock multiples have also gone up more. Mr Golub believed this was justified, with their resilience during the crisis “saying something about the strength and robustness” of their business models.

There may be one glimmer of hope of for value investors, however — some sort of resolution of the Covid-19 crisis.

“If and when there is a vaccine, that will be the catalyst for the next large outperformance in value, but while you are waiting it’s much easier to do that in growth names,” said Mr Golub. 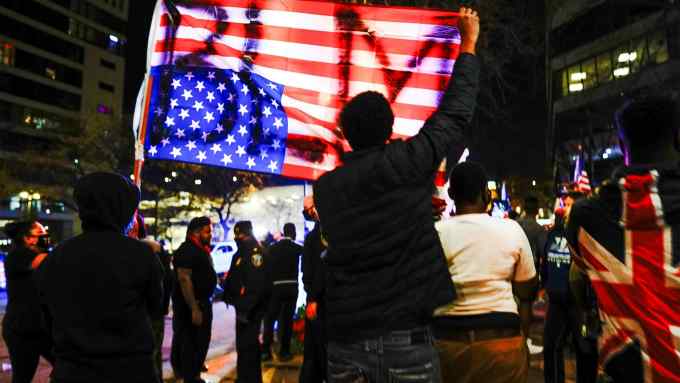