Lawyers’ mental health is taking a hit as a result of the coronavirus pandemic, with studies finding partners and associates feeling stressed and isolated.

Covid-19 has triggered global lockdowns and forced the legal industry to adapt to suddenly ubiquitous technologies such as videoconferencing platforms Zoom and Google Hangouts.

Use of these tools has ensured the smooth running of much of the lawyers’ output but they have reported a toll on their mental health, which they blame on the lack of face-to-face interaction with colleagues and others.

According to LawCare, a UK legal mental health charity, calls about the effects of coronavirus accounted for half of its helpline traffic since March 10. Lawyers reported feeling lonely and anxious about their health and job security.

Others are dealing with anxiety connected to homeworking, she says. “Particularly younger lawyers are feeling that they are on their own and haven’t got someone they can easily ask about things.”

Firms are instigating virtual hang-outs including Friday night videocon drinks as a way of retaining a sense of team bonding, or offering courses such as meditation online

A worldwide survey of 108 lawyers and law firm staff at all levels of seniority by RSG Consulting, the FT’s Innovative Lawyers research partner, also found isolation and lack of interaction constituted one of the main challenges of remote working, Women were twice as likely as men to report being affected by this.

Most solicitors — and particularly more junior lawyers — are used to working closely within a team, often under high-pressure and close knit conditions that can be difficult to replicate in a virtual world.

According to RSG, some 14 per cent of associates surveyed cited isolation and lack of personal interaction as the main challenge of working from home, compared to just 6 per cent of equity partners.

“We are trying to keep morale up but it’s worse for the younger lawyers who are often alone in flats in London and feel more alone than the lawyers with families,” says one senior lawyer at a US firm based in the capital.

Firms are instigating virtual hang-outs including Friday night videoconference drinks as a way of boosting morale and retaining a sense of team bonding. Other offerings include online courses in mindfulness and meditation.

Some firms have devised similar systems to mirror human interaction via a screen. Linklaters’ corporate team, for example, has set up a “virtual coffee room” that remains open 24 hours a day.

“The idea is that if people want to go and have a cup of coffee and a chat they can go in and see who’s around. I got five associates the other day and we had a coffee together on the videocon line,” says James Inglis, corporate partner at Linklaters.

Meanwhile teams are having to grapple with new ways of communicating, via Zoom, Google Hangouts, Microsoft Teams or WhatsApp, which brings unique challenges.

“We did have someone message our team WhatsApp group accidentally, inviting their friends round for dinner. Someone in our team responded asking if their friends could bring round some loo roll,” says one corporate partner.

Some law firms, such as Mayer Brown, already had the infrastructure in place for employees to work from home, making the move to doing so full time during the pandemic more straightforward. Sally Davies, the senior partner in the London office of the international firm, says communication is critical, both internally and with clients.

“We asked partners to set up regular calls with teams to listen and assess how people were coping,” she says.

Often, the best technology is developed in times of crisis

The firm created an internal communications portal and a global messaging tool, and encouraged one-to-one virtual coffees particularly with new starters and trainees. It also set up response teams to act as central co-ordinators for client communications, though there is an expectation that every lawyer will reach out to their clients.

Long-term positive changes may come from this: “We introduced [the online conferencing tool] Webex for all in a matter of a couple of weeks,” says Ms Davies. “Use the opportunity to develop new ways of working, a bit like [how] often the best technology is developed in times of crisis.”

The fact that lawyers are used to working on deals and cases that cross jurisdictions and time zones means that most are used to handling matters remotely.

“I have been practising law for 30 years in the City and in that time it has changed dramatically from requiring a physical presence for huge numbers of hours in the office, towards things like electronic data rooms where you don’t have to go anywhere to inspect documents,” says Simon Beddow, corporate partner at Bryan Cave Leighton Paisner.

Transactional lawyers use “virtual deal rooms” in which document drafts are exchanged and questions answered in an entirely virtual world, sometimes without parties ever having to meet.

However, not everything can be done in a virtual world. Site visits for due diligence purposes have been put on hold, which means that deals are paused, while company meetings that must take place in a certain physical location for tax reasons are kiboshed.

Criminal lawyers are hampered too, in their inability to attend court. Jury trials were suspended in the UK last month in an attempt to safeguard those attending court, though some hearings can take place remotely.

For others, however, the biggest change has been working-from-home attire and glimpses of each other’s home life.

Charles Thomson, a litigator at global firm Baker McKenzie, says his team have been bringing pets to team Skype sessions and even showing up in their nightclothes to morning video calls.

“We have been having daily videoconference catch-ups where some people are still in their pyjamas,” he says. “[Remote working] has been quite good for team morale so far because we’ve been having a bit of a laugh with it.” 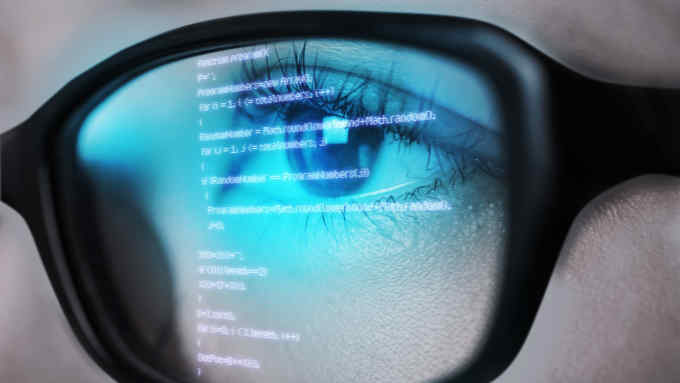