We use cookies (opens in new window) for a number of reasons, such as keeping FT Sites reliable and secure, personalising content and ads, providing social media features and to analyse how our Sites are used.
Manage cookies
Accept & continue
FT Podcast News in Focus 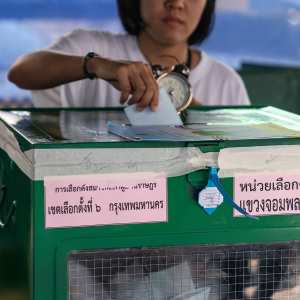 After five years of military dictatorship, Thai voters have finally had an opportunity to choose their government, but those hoping for a clear and transparent election will have been disappointed. With the result delayed and turnout figures disputed, there’s a risk that political turmoil could return to south-east Asia’s second-largest economy. Ravi Mattu discusses what happens next with John Reed, South-East Asia correspondent.