Delegations from around the world gather in Singapore this week for the signing of the UN’s Singapore Convention on Mediation. The driving force behind the convention is to assist international trade and promote mediation as an “alternative and effective method” of resolving trade disputes, according to the UN.

The aim is that an internationally-ratified framework will give businesses greater confidence to mediate cross-border disagreements rather than take them to court. A priority is to keep commercial disputes out of local courts, where litigation can be costly and there may be bias in favour of local operators.

A mediation convention was proposed by the US in 2014, and its development assigned to a working group of the UN’s commission on international trade law. Timothy Schnabel, then a State Department attorney, headed the US delegation to the group.

“In some jurisdictions like the US and the UK, mediation is already used frequently for commercial disputes,” says Mr Schnabel. “But in many other legal cultures, mediation is not as widely accepted,” he adds. The convention will help mediation gain wider acceptance by “providing an international standard for recognition and enforcement”.

“The convention will give businesses the assurance that they can enter mediation and rely on any settlement reached,” says Mr Schnabel. He adds that mediation is usually a faster and cheaper way to resolve disputes than arbitration, which has been “the preferred method of alternative dispute resolution for years”.

In arbitration, decisions can be imposed on quarrelling parties by an arbiter, but in mediation the parties involved voluntarily agree. “Mediation preserves business relationships, because at the end of the day you come to agreement through consensus,” says Mr Schnabel. He is now executive director of the Chicago-based Uniform Law Commission, a non-profit organisation of lawyers appointed to draft legislation in areas of US state law where uniformity is beneficial.

While supporters suggest the convention has the potential fundamentally to change cross-border commercial dispute resolution, others are sceptical. Some practitioners of international commercial mediation question whether the convention is necessary.

“The need for an international convention to ensure mediation agreements are enforceable was not exactly something businesses or lawyers were crying out for,” says F. Peter Phillips, at US-based Business Conflict Management.

Aspects of the convention, he adds, “seem inconsistent with the way commercial mediation is practised in major jurisdictions such as the UK and the US”. The way the convention handles enforceability of mediated outcomes, he argues, is antithetical to the process of mediation: “mediation results from consensus between parties who won’t be made to do something they didn’t already agree to.”

The convention also specifies that one criterion needed for settlements to be enforced by a court is proof that an agreement resulted from mediation. Yet Mr Phillips says it becomes problematic to prove such a claim. “Under the convention, a mediator can attest by either signing the settlement agreement or another document certifying that the mediation was carried out,” he notes.

Mr Phillips adds: “But mediators conscientiously refuse to sign settlement agreements, either as part of their obligation of confidentiality, or so that they cannot be subpoenaed as a witness, or be included as a party to the agreement. In some jurisdictions, a mediator is immune and cannot testify about the agreements on which they mediate.”

The Singapore Convention protects only settlements resulting from commercial mediation. It expressly excludes personal consumer disputes and those relating to family, inheritance or employment law. It also excludes settlements reached and enforceable as part of an arbitration judgment or award: there is a separate convention for such settlements, known as the New York Convention, signed in 1958.

Such an exclusion makes sense, says Mr Phillips, given that mediation is “a different animal” to arbitration. Yet he — and other lawyers — say large parts of the Singapore Convention seem to be “lifted almost entirely” from the New York Convention.

George Bermann, director of the Center for International Commercial and Investment Arbitration at Columbia Law School in New York, welcomes the Singapore Convention. “There’s no reason why it shouldn’t be as conducive to mediation as the New York Convention has been for arbitration,” he says. Meanwhile, Mr Bermann sees in the new convention plenty of shades of the New York Convention, including the conditions the Singapore Convention provides for parties to reject the enforcement of a mediated settlement.

“It would now appear necessary to pin down, with clarity and certainty, the criteria for determining whether an apparent mediation was a real one,” says Mr Bermann. He adds that one potential complexity of the Singapore Convention is the necessity to prove that a settlement emerged from a genuine mediation.

“With the Singapore Convention, counterparties in signatory countries can have faith that settlement enforcement should not be required, if they have reasons to doubt the mediation procedure or the legitimacy and integrity of the mediator,” says Mr Bermann. Because, at the moment, “mediation is better anchored in some jurisdictions than others”, he argues, “the convention is a powerful tool to expand its usage around the world.”

Matthew Skinner, partner at law firm Jones Day in Singapore, notes that the New York Convention’s value in establishing the legitimacy of arbitration was not realised for decades. “It was a slow burn,” he says. “I would not anticipate the Singapore Convention taking so long but with all these things it takes time to be established.”

Jan O’Neill, lawyer at law firm Herbert Smith Freehills in London, thinks there is potential for the Singapore Convention — if it receives widespread ratification — to encourage people to use mediation, not least in jurisdictions with limited experience of alternative dispute resolution.

Understanding of mediation is still “frustratingly patchy”, says Ms O’Neill. “So, regardless of how many mediated settlements actually need to be enforced under the new convention, its real value will probably lie in reinforcing the credibility of mediation.”

She adds: “Just the existence of a global enforcement regime will go a long way to reassuring parties less familiar with the process that it’s a reliable dispute resolution option, which courts around the world will recognise.” 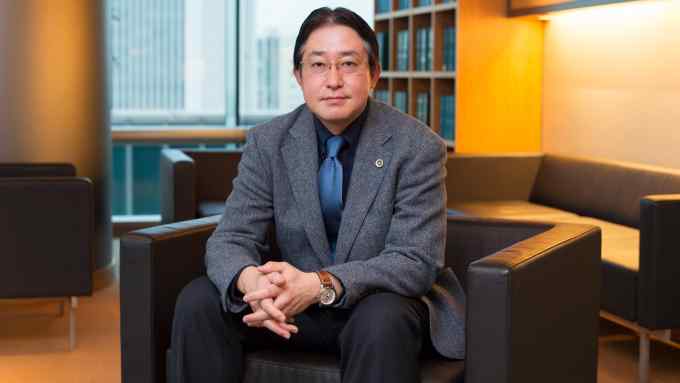