Good news: your ludicrously expensive (£699/$729) iPhone 11 can save you money; if you pair it with a good budgeting app, that is. Researchers in Scotland are preparing to publish a comprehensive study of 13,000 people who have used personal finance app Money Dashboard over the past eight years.

“We found that if people use the budgeting function, they are able to significantly reduce their spending,” says Marcel Lukas, one of the researchers and an assistant professor of finance at Edinburgh’s Heriot-Watt University.

Money Dashboard, also based in Edinburgh, is a single platform used to access bank accounts and a host of planning and budgeting tools. It is one of many similar ventures to have sprung up on both sides of the Atlantic, alongside Mint, the original mass-market money management tool. The apps typically promise customers visibility and insights into their financial behaviour and to coach them to make better decisions.

The apps’ popularity is undoubted. Mint, the trailblazer operating in the US and Canada, amassed 20m users in its first decade according to a 2016 market update. San Francisco-headquartered Credit Karma, which offers free credit scores and financial health tools, claims more than 85m users.

In the UK, Money Dashboard has reached 200,000 users and aims to increase that fivefold by 2024. Big banks are in on the act too; many embed budgeting tools within their apps. Some, including JPMorgan Chase, support fintechs which create apps to help people improve their financial wellbeing, or offer workplace counselling, such as Goldman Sachs’ Ayco.

A budget . . . actually gives you freedom because you’re giving yourself permission to spend

The success of the apps can be monitored in different ways. Some, such as Credit Karma, rely on customer sentiment surveys to indicate whether users feel better about their financial health. Others take the number of downloads as proof that the apps are serving their purpose.

The research by Mr Lukas and Chuck Howard of the University of British Columbia in Canada takes a granular look at what clients achieve once they sign up. The methodology tracks spending from accounts users link to the app. It also monitors cash withdrawals from any of the users’ bank accounts and assigns them to spending categories in line with typically cash spending patterns as described by the UK’s Office for National Statistics. “It’s observing real behaviour,” says Mr Lukas.

The team found that most people are “very optimistic” when they set their budgets, and the majority do not hit their targets. More encouragingly, there are signs of real savings in some of the key areas that the team have delved into.

In dining and drinking, app users typically reduce their spending by 17 per cent in the first month, and a further 14 per cent in the following six months. People spend less on groceries and fuel in the first few months, as they rein in domestic expenditure and switch to public transport, but then the amount ricochets back. “It’s the only category where we see this yo-yo effect where people start spending more again after two months,” says Mr Lukas.

In the US, SmartDollar, an employee benefits budgeting tool on the EveryDollar family, has found that its users save or pay off debt of $16,200 in their first year. SmartDollar’s Brian Hamilton says the people most responsive to changes are “people who realise they make too much money to be broke”.

Rachel Cruze, a bestselling author and personal finance specialist, uses the EveryDollar budgeting platform with clients. She says the app can help both nerds who enjoy planning their spending and “free spirits” who do not like to be restricted. “A budget doesn’t limit your freedom,” she says. “It actually gives you freedom because you’re giving yourself permission to spend.” She says that once clients change their spending — and most pay off their non-mortgage debt within 18 to 24 months — the changes stick.

“There’s no feeling in the world like being debt-free,” she says. “Once you experience that freedom, you never want to go back to feeling like you’re a slave to debt.”

There’s no feeling in the world like being debt-free . . . you never want to go back to feeling like you’re a slave to debt

As America’s biggest bank, JPMorgan has a treasure trove of data on how US households are managing — or not managing — their spending. Colleen Briggs, the bank’s head of community innovation, says analysis of that data reveals that “most households either have a lack of savings, irregular income, high amounts of debt and typically poor credit scores”. Recent research from the JPMorgan Chase Institute that more than half of Americans could not come up with $500 to deal with an emergency.

“Technology is really providing a huge opportunity to better meet [customers’] needs,” says Ms Briggs. Five years ago, JPMorgan launched a partnership with the Financial Health Network, so that it could work with early stage fintech companies which were designing solutions to help low-income populations. In May, the bank reaffirmed its commitment and pledged another $25m.

So far, Ms Briggs says their efforts have focused on areas from traditional budgeting tools to “gamification approaches”, such as incentivising clients to save by entering them into a sweepstake or offering a scratcher ticket. Some offer “non-monetary incentives”, such as badges for hitting savings goals, similar to those offered by fitness trackers like FitBit and Strava.

Another of the companies it has supported is working on “financial education games” where people use avatars to navigate modules on how to manage their money well. Ms Briggs believes that most people want to be financially responsible. “We work with a lot of behavioural economists who help us think about what is the way we can . . . bridge that intention divide,” she says.

Banks, of course, can benefit from the financially irresponsible who rack up big overdraft charges and leave their money sitting in zero interest rate accounts. “We’re changing the way banks see the relationship,” says Ms Briggs. “We’re making sure that we put financial health at the top of our priorities.” 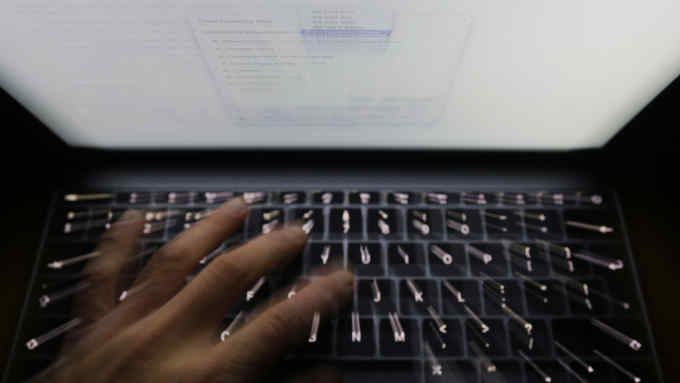