Some gripes about groupthink

‘While dissent leads to better decisions, it also leads to discomfort. Disagreement is valuable but agreement feels so much more comfortable’

In his acid parliamentary testimony last week, Dominic Cummings, the prime minister’s former chief adviser, blamed a lot of different people and things for the UK’s failure to fight Covid-19 — including “groupthink”.

Groupthink is unlikely to fight back. It already has a terrible reputation, not helped by its Orwellian ring, and the term is used so often that I begin to fear that we have groupthink about groupthink.

So let’s step back. Groupthink was made famous in a 1972 book by psychologist Irving Janis. He was fascinated by the Bay of Pigs fiasco in 1961, in which a group of perfectly intelligent people in John F Kennedy’s administration made a series of perfectly ridiculous decisions to support a botched coup in Cuba. How had that happened? How can groups of smart people do such stupid things?

An illuminating metaphor from Scott Page, author of The Difference, a book about the power of diversity, is that of the cognitive toolbox. A good toolbox is not the same thing as a toolbox full of good tools: two dozen top-quality hammers will not do the job. Instead, what’s needed is variety: a hammer, pliers, a saw, a choice of screwdrivers and more.

This is obvious enough and, in principle, it should be obvious for decision-making too: a group needs a range of ideas, skills, experience and perspectives. Yet when you put three hammers on a hiring committee, they are likely to hire another hammer. This “homophily” — hanging out with people like ourselves — is the original sin of group decision-making, and there is no mystery as to how it happens.

But things get worse. One problem, investigated by Cass Sunstein and Reid Hastie in their book Wiser, is that groups intensify existing biases. One study looked at group discussions about then-controversial topics (climate change, same-sex marriage, affirmative action) by groups in left-leaning Boulder, Colorado, and in right-leaning Colorado Springs.

Each group contained six individuals with a range of views, but after discussing those views with each other, the Boulder groups bunched sharply to the left and the Colorado Springs groups bunched similarly to the right, becoming both more extreme and more uniform within the group. In some cases, the emergent view of the group was more extreme than the prior view of any single member.

One reason for this is that when surrounded with fellow travellers, people became more confident in their own views. They felt reassured by the support of others.

Meanwhile, people with contrary views tended to stay silent. Few people enjoy being publicly outnumbered. As a result, a false consensus emerged, with potential dissenters censoring themselves and the rest of the group gaining a misplaced sense of unanimity.

When it comes to social interaction, the aphorism is wrong: opposites do not attract

The Colorado experiments studied polarisation but this is not just a problem of polarisation. Groups tend to seek common ground on any subject from politics to the weather, a fact revealed by “hidden profile” psychology experiments. In such experiments, groups are given a task (for example, to choose the best candidate for a job) and each member of the group is given different pieces of information.

One might hope that each individual would share everything they knew, but instead what tends to happen is that people focus, redundantly, on what everybody already knows, rather than unearthing facts known to only one individual. The result is a decision-making disaster.

These “hidden profile” studies point to the heart of the problem: group discussions aren’t just about sharing information and making wise decisions. They are about cohesion — or, at least, finding common ground to chat about.

Reading Charlan Nemeth’s No! The Power of Disagreement In A World That Wants To Get Along, one theme is that while dissent leads to better, more robust decisions, it also leads to discomfort and even distress. Disagreement is valuable but agreement feels so much more comfortable.

There is no shortage of solutions to the problem of groupthink, but to list them is to understand why they are often overlooked. The first and simplest is to embrace decision-making processes that require disagreement: appoint a “devil’s advocate” whose job is to be a contrarian, or practise “red-teaming”, with an internal group whose task is to play the role of hostile actors (hackers, invaders or simply critics) and to find vulnerabilities. The evidence suggests that red-teaming works better than having a devil’s advocate, perhaps because dissent needs strength in numbers.

Jemima Kelly
Contrarians are valuable, even when they’re wrong 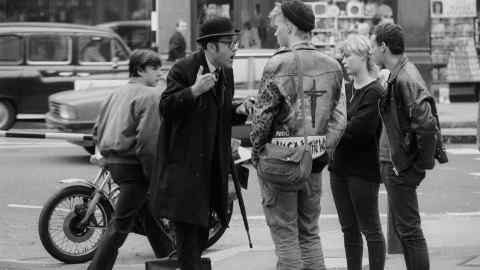 A more fundamental reform is to ensure that there is a real diversity of skills, experience and perspectives in the room: the screwdrivers and the saws as well as the hammers. This seems to be murderously hard.

When it comes to social interaction, the aphorism is wrong: opposites do not attract. We unconsciously surround ourselves with like-minded people.

Indeed, the process is not always unconscious. Boris Johnson’s cabinet could have contained Greg Clark and Jeremy Hunt, the two senior Conservative backbenchers who chair the committees to which Dominic Cummings gave his evidence about groupthink. But it does not. Why? Because they disagree with him too often.

The right groups, with the right processes, can make excellent decisions. But most of us don’t join groups to make better decisions. We join them because we want to belong. Groupthink persists because groupthink feels good.

Tim Harford has been named Wincott Foundation journalist of the year 2020. His new book is “How to Make the World Add Up”