Dim sum is for life, not just for Christmas

The tradition of eating dumplings on Christmas day is time-honoured. But what makes a good one?

Going out for dim sum on Christmas Day started as a New York Jewish tradition, spread across America and then caught on across the world. It’s not only that steamed buns, dumplings and rolls are the perfect antidote to turkey and Brussels sprouts – who else can you count on being open on a public holiday but your favourite Cantonese restaurant? For British-Chinese chef Andrew Wong of A Wong in London’s Pimlico, going out for dim sum as a kid was less a Christmas ritual than an opportunity for his extended family, who worked in restaurants, to catch up on a day off.

“It was always about the communal experience,” he recalls. “The magic of being around family. That’s why dim sum remains so close to me. There’s something unique in the way dim sum brings people together. And in Hong Kong, when the food goes down, it’s war. If members of your family are too slow, they go home hungry.”

One of Wong’s main objectives at A Wong, which was awarded its second Michelin star last year, is to challenge perceptions of Chinese food and position it on a level with French, Nordic and Japanese cuisines. “It’s about getting people to appreciate the amount of work and dexterity that goes into Chinese cooking,” Wong says. “And dim sum is the part of the Chinese kitchen that exemplifies those skills best.” Wong likens the precision and artistry of dim sum chefs to that of the world’s best pastry chefs and points to a wealth of knowledge and techniques that western chefs are just beginning to adopt.

It was about the magic of being around family

Dim sum chefs, for instance, make use of more than 30 starches to achieve a precise mouthfeel to every item. This ranges from sticky or gelatinous to billowy, flaky or puffed. Wong’s accomplishments include a spiky pastry for his “crab claw” that resembles a sea urchin and a scallop puff made using a 48-fold laminated dough whose layers you can tease apart like tissue. Even the finesse required to make har gau (prawn dumplings) is not to be underestimated. Joining Wong to wrap and pleat the dough for the lunchtime service, I manage only a squadron of misshapen lumps instead of the exquisitely crimped parcels he fashions.

Another technique Wong is keen to highlight is the use of steam to generate different finishes. He’s experimenting with a cake called Ma Lai Go, whose dough is steamed uncovered to “create wrinkles over the surface” then covered and steamed again so it rises with a honeycomb texture. He’s been calling an old family friend, Mr Lee at New Loon Fung restaurant in Chinatown, for advice, because his isn’t rising the way Lee’s does. It underlines another key point. Despite the Michelin stars and difference in price point, the core knowledge across dim sum kitchens is the same. And that expertise deserves recognition.

Part of the problem, Wong believes, is that historically Chinese food in the west has been regarded as a cheap option and dim sum as fast food. The origins of dim sum, Wong points out, date back to the 1800s, when wealthy traders converged on Guangdong and chefs from around China were called on to create a gastronomy that showcased the best of Chinese cooking. “It was the equivalent of caviar and truffles,” says Wong.

Wong champions New Loon Fung because it offers items like braised whelks and chicken feet that are hard to find elsewhere. But the dim sum restaurants he otherwise recommends are those where chefs are finding scope for more (including “mindboggling” ways to manipulate dough to create pastries “shaped like squirrels”). These chefs include Yah Wah Fai at The 8 in Macau; Jayson Tang at JW Marriott Hong Kong; Chan Yan Tak at Lung King Heen at Four Seasons Hong Kong and Man Wah at Mandarin Oriental Hong Kong. Also on his list are the Lei Garden restaurants across China and Singapore and Tim Ho Wan in Hong Kong for “the best pork buns in the world”. 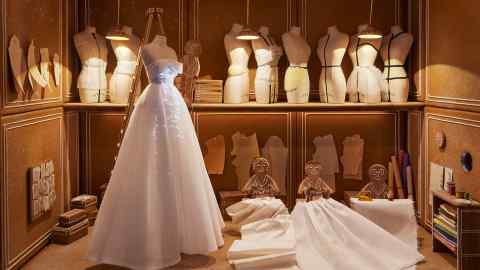 Ultimately, Wong hopes to use dim sum “to bridge a gap” and change the way westerners approach Chinese food. “I hope people see when we go for a meal, there is rice, a pickle, a steamed dish, a braised item, the beef in oyster sauce is a small portion, which means maybe two mouthfuls each, then onto the next dish.” In other words, the same as dim sum. “That’s the way Chinese food was always meant to be eaten,” says Wong. Small bites and myriad assembled textures and flavours. 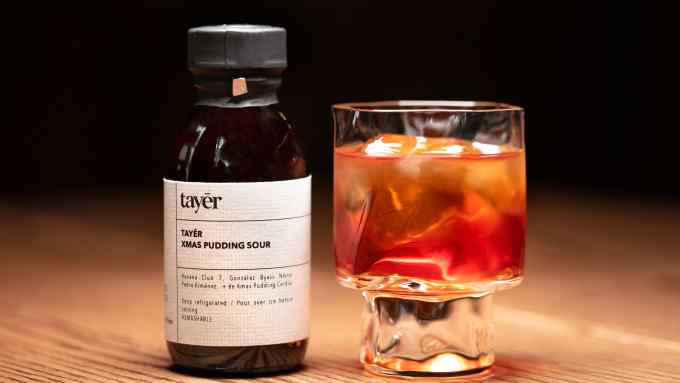