India is the biggest source of international students on MBAs

With more than a third of all overseas students in higher education in Australia last year coming from China, debate about the sector relying on the Chinese market has reached fever pitch.

However, Australian business schools say their MBA programmes are resistant to this over-reliance and instead are seeing an increase in interest from Indian students.

But business schools still face other threats to their competitiveness. More students are gaining qualifications at cheaper, privately run colleges; students from Asia are increasingly choosing to study close to home; and reversals on visa restrictions in the UK could reduce the relative attraction of Australia for prospective students.

Australia’s policymakers and universities are worried that Beijing could make changes to their immigration regulations, reducing the flow of students. The international education sector was Australia’s third biggest export industry in 2017. 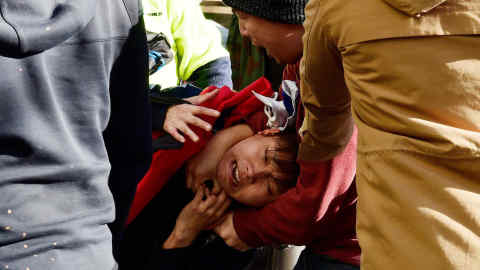 Universities generally have also been accused of failing to integrate and welcome international students properly, leading to isolation and racism. Concerns have also been raised about the Chinese government’s attempts to control students while they are studying in Australia.

While there is a lot of anecdotal noise about students from China, the situation is not supported by data for MBA students, says Julie Hare, a higher education expert and fellow at the Graduate School of Education at the University of Melbourne.

China was only the third biggest source of MBA students in 2018 with 1,139 enrolling in Australia, up from 958 in 2017, according to the government trade agency, Austrade.

“India’s the new China” when it comes to interest in MBA programmes from overseas students, says Stephen Brammer, executive dean of Macquarie Business School. “But we’re also doing very active recruitment across the whole of south and east Asia.”

“We have fewer Chinese applicants than we once did because [there’s] the option for them to study an MBA at home in China, taught by people who are US trained with schools that are very highly ranked,” he says.

Prof Brammer reports a similar trend at Macquarie. It is also receiving slightly fewer applications from Chinese international students, which he attributes to an increase in the quality of China’s domestic institutions.

Business schools face further challenges, however. According to research by Jonathan Chew, a director at management consultants Nous Group, the four largest providers of MBA degrees to international students in Australia were not universities but private providers. These institutions have seen huge growth in the past seven or so years, he says.

Further, both Ms Hare and Mr Chew say Australian business schools could be hit by the UK’s reversal of tight controls on immigration to offer international students a two-year work visa after graduating. “The removal [by the UK in 2012] of those study work rights closely correlated with a decline in enrolments in the UK and a big uptick in Australia,” Mr Chew says.

Prof Harper says this would not affect his programmes as the courses do not help students satisfy immigration criteria. Instead, he says, the flow of students is more affected by the exchange rate.

Either way, as Australian universities attempt to market themselves as a premium product independent of the migration benefits, there is still the question as to whether the country’s MBA will ever compete with the US and Europe.

“I honestly don’t know if I can think of a time when a client has requested help or admission to an Australian business school,” he says. “I don’t think that Australian schools have built up the kind of reputation that the top US or European programmes have.”