Can loan caps and creditworthiness standards cut risks without killing off regulated providers?

What would help overstretched borrowers more — a cap on the total cost of their loans, or lending rules that would stop them from borrowing so much in the first place? What can regulators do to protect customers from crippling debt, without creating a situation where regulated lenders withdraw from the market and desperate borrowers are driven into the arms of black market lenders?

These are the questions vexing regulators on both sides of the Atlantic, and in other jurisdictions too. The good news — for the borrowing masses at least — is that some action is being taken.

The US Consumer Financial Protection Bureau (CFPB) drew up wide-ranging rules in 2017 aimed at “stopping payday debt traps” by compelling lenders to assess whether borrowers could meet “basic living expenses” after making repayments. The changes would also allow customers to pay off some loans with a lump sum without incurring a penalty. They would also limit the number of times a lender can try to take payment directly from a borrower’s bank account.

Those rules have since been amended and delayed, to consternation from various quarters including Elizabeth Warren, the frontrunner to become the Democratic presidential candidate, who said in March that the House Financial Services committee on which she sits “will not tolerate the Trump Administration’s anti-consumer action”.

In August — when the rules were originally due to come into force — House Financial Services chairwoman Maxine Waters and 101 house Democrats urged the CFPB to reconsider watering down the changes.

“Contrary to recklessly false characterizations, payday, car-title, and predatory consumer instalment loans made without regard to the borrower’s ability to repay are not acceptable or sustainable sources of credit,” the politicians wrote.

“Research, including that coming from the Consumer Bureau, has shown that these predatory products trap people in a cycle of debt and leave them in a significantly worse position than they were in prior to taking out the loan,” they added.

The CFPP remained unmoved and the amended rules are due to come into force in November 2020. In the meantime, individual states have picked up the baton, including 16 which capped annual payday lending charges at 36 per cent of loan amounts. The CFPB is also looking at other markets, including student loans.

Consumer groups and think-tanks say much more still needs to be done.

In the UK, where the Financial Conduct Authority (FCA) took over responsibility for payday lending in 2014, payday loans costs are capped at 100 per cent of the amount of the loan. Yet Damon Gibbons, director of the Centre for Responsible Credit, a non-profit, says that while the caps are a “really good step forward”, the level at which they have been set is “enormously high” compared with jurisdictions such as Canada, where some provinces have limited interest rates on payday loans to a maximum of 15 per cent.

Last year, the FCA introduced new creditworthiness standards requiring lenders of all kinds to do more to make sure customers could repay their loans without “significantly affecting their wider financial situation”.

The watchdog is reviewing its payday lending rules at the moment, but Mr Gibbons is not hopeful for tougher standards since the overall feedback on the rules has “been really positive”. The number of payday lenders in the market has fallen from 106 to 88 in the last three years alone according to FCA data.

“It has significantly impacted many business models,” says Mr Gibbons, adding that firms which were charging “astronomical” fees have now “shut up shop and decided to get out of the market”. The most prominent of these was Wonga, which collapsed last year after struggling to adapt to profound marketplace changes after 2014, and being forced to pay out millions in compensation.

A 2016 paper from academics at the University of Birmingham argued that the contraction of lending might have “negative consequences for some”. Researchers interviewed 21 borrowers who had taken payday loans, who described how they had borrowed to pay for items such as replacement tumble driers or to cope with the vagaries of zero-hour contracts.

The researchers found that the borrowers appreciate the “quick and simple” application process of payday loans and saw them as a “means of managing their situation independently and responsibly” without burdening family and friends.

Mr Gibbons says he has not seen evidence that the contraction in the number of payday lenders has led to more people turning to the black market. Instead, he says that they are negotiating with utility companies for more time to pay and are “managing their money better”.

FCA data shows the number of payday loans granted is actually rising. In the second quarter of 2018, the most recent date for which the FCA has data, almost 1.5m loans were granted, up from 1.2m granted in the third quarter of 2016, the first period in the FCA’s series. Mr Gibbons would also like to see the FCA be more explicit about its affordability rules.

In the US, Kiran Sidhu, a policy counsel at the Centre for Responsible Lending (CRL), argues that federal regulators are not “doing nearly enough to protect consumers”.

Ms Sidhu says there is no “dearth of credit” in the states that have introduced tighter rules. “There is a supply . . . responsible supply,” she says. “Some people are driven out but that’s OK, the government shouldn’t be blessing 400 per cent interest rates.” 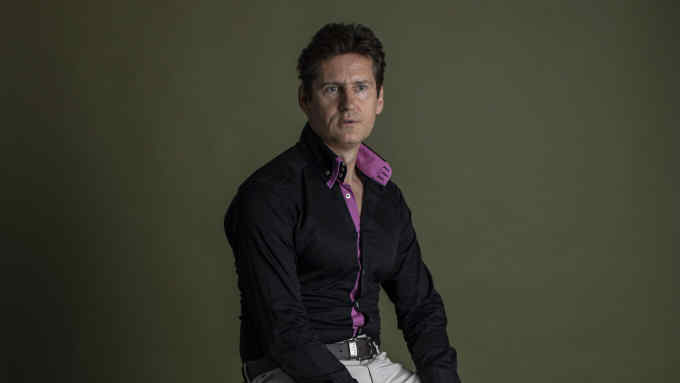