How to save money on your wedding — readers respond

FT Thrift asked for money saving wedding tips . . . and here are the winners

FT Money’s cover feature showing how a white wedding could easily tip your finances into the red prompted a huge response from readers who were keen to share their money-saving tips with courting couples.

Reporter Adam Palin revealed how he and his bride saved nearly £9,000 from the cost of their recent wedding by getting married in April rather than the height of summer, keeping a lid on the number of guests — who they fed only once — swapping a DJ for an iPod and getting their friends and family to take pictures, make the cake and arrange the flowers.

Our readers agreed that it is possible to cut the cost of a traditional wedding without scrimping on romance — and many of their suggestions could add an element of fun and originality to your ceremony.

We asked people to send in their own experiences, and here are a selection of their ideas. The senders of the three best tips will be receiving a £25 John Lewis voucher.

For those organising an Indian wedding in the UK, costs really can soar. Money reader Nikesh Patel wrote in to say that traditionally large guest lists — commonly 350-500 people — and high expectations of a lavish ceremony means cutting costs is challenging.

“My biggest tip, which has saved us thousands of pounds, is to get a minimum of five quotes for everything, then negotiate with the lowest three playing them off against each other,” he says.

For alcohol, Mr Patel used the website mysupermarket.com to work out the cheapest supermarket deals, then bought it online “using as many discount codes as possible”. Many retailers offer £20 off your first online shop if you spend over a certain amount, so he rounded up friends and family to do lots of small orders to get the greatest discount. A £25 John Lewis voucher is in the post.

Hamish Shephard, founder of wedding planning website Bridebook, offered a cracking tip on the FT Money podcast when he suggested buying champagne the Christmas before your wedding to take advantage of supermarket special offers. Just don’t drink it before the big day!

Money reader Tracey King suggested a seaside theme could save cash. “Find driftwood, shells and pebbles on the beach to create table decorations, and for the sit-down meal, get fish and chips from a local business and buy your plates and cutlery from Ikea as this is cheaper than hiring them,” she writes.

And Paul Nixon says eating less at weddings is good for the dance floor, as well as the wallet. For his wedding in 2018, he’s planning on serving starters as a canape while guests are still standing up at the drinks reception. “The main course will be a sit-down meal with no dessert, as later in the evening we will have an old-fashioned ice cream cart,” he says. “I hope there will be more dancing because everyone won’t be completely stuffed.”

Money reader Jessica Hewson, who is getting married this New Year’s Eve, recommends readers try the Bride2Bride website, an online marketplace for everything from second-hand wedding dresses to bridemaid’s outfits and accessories. We had a look, and there are certainly plenty of bargains to fulfil the tradition of “something old, something new”.

And Jane Wildgoose told us how she saved nearly £1,000 by making her daughter’s seven-foot long wedding veil herself. She spent £110 on materials, and then “spent a great deal of pleasure” stitching it all together. “There was also the amusement for the rest of the family as my husband was the model while I cut the shape,” she says.

The advent of the camera phone means that many young couples don’t see the point of spending thousands on a photographer. Another top tip from Ms Hewson: “Ask your guests to take photos throughout and upload them to Instagram with a witty hashtag,” she suggests, adding that #iftheFTdidweddings would be her top choice. We’re sending her a £25 John Lewis voucher as an early wedding present.

Subscriber Tristan Standish emailed to say he had seen “too many weddings become controlled and ultimately ruined by over-expensive photographers” who spend hours taking posed photographs of the happy couple. He compared this to diners who photograph their food, and concertgoers who video live performances instead of enjoying the moment.

“The bride and groom should be having fun with their friends and family — and chances are that they will catch the real moments better than a photographer who doesn’t know the crowd,” he adds.

Several readers shared his view that online services like Photobox are a great way of making a professional wedding album cheaply from everyone’s pictures (discount codes regularly appear on their website).

Readers Simon and Julie Holland got married on a shoestring 30 years ago. Their top tip is to use accommodation vouchers to cut the cost of your honeymoon, recalling their own break in the Lake District:

“We discovered vouchers on two cartons of duty free cigarettes we purchased for family members the previous year (1985). These entitled us to free bed and breakfast accommodation if we took a three-course dinner at the B&B each evening. The total cost for one week in a Keswick B&B was £150 including several packed lunches (approximately £410 in today’s prices). We managed to get married on a modest budget. Good luck to today’s engaged couples.”

To find a good selection of deals online, put “dinner bed and breakfast” into a search engine. Simon and Julie also added that a thank you costs nothing more than the price of a writing pad and some stamps — we liked their tips so much that a £25 John Lewis voucher is winging its way through the post to them. 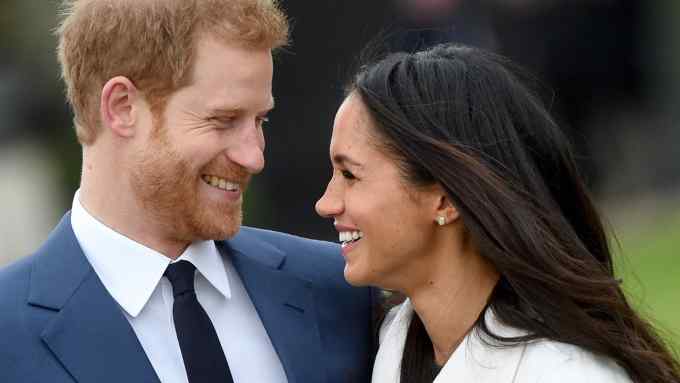