Why Tokyo’s start-ups are drawing the crowds

Japan used to be a less than hospitable business incubator, but times are changing

It was a start from rock bottom seven years ago for Koichiro Yoshida when he set up CrowdWorks, an online marketplace for Japan’s freelancers. Mr Yoshida felt his reputation was in a shambles after some 20 ventures fell flat, prompting his business partner to walk away. He recalled being perceived as “the dodgy guy” who did not belong to a respectable organisation.

But Mr Yoshida’s prospects reversed with a Facebook pitch he sent to Takao Ozawa, a prominent entrepreneur and Yahoo Japan executive whom he did not know personally. After several attempts, he succeeded in selling his idea to create what has become Japan’s answer to UpWork, a global freelance hiring site. The ¥13m ($122,000) in seed investment from Mr Ozawa gave Mr Yoshida the credibility to raise money from other investors and corporations.

CrowdWorks, now listed on the Tokyo Stock Exchange Mothers index for start-ups, is one of the fastest-growing Japanese companies. It matches nearly 1.8m users with work from 225,000 client companies including Sony, Toyota, and SoftBank. It figures on this year’s inaugural list of high-growth companies in the Asia-Pacific region after delivering a compound annual growth rate in revenue of 188 per cent between its 2013 and 2016 financial years.

For decades, Japan has struggled to remove barriers to the growth of technology start-ups. Young people have felt social pressure to join established companies, and the relatively low availability of risk capital had made the funding environment unfriendly to would-be entrepreneurs.

That may be changing. Japan’s long period of economic stagnation threatened lifetime employment at big companies. More young people are joining start-ups or even going freelance to enjoy flexibility in their working life. Part-time or contract workers now account for about 40 per cent of Japan’s workforce.

Crowdsourcing company Lancers estimates that freelancers, in particular, made up 17 per cent of the country’s working population last year, compared with 36 per cent in the US.

The growth of online platforms such as CrowdWorks and Wantedly, a Japanese rival to professional social network LinkedIn that also makes this growth list, is driven by the country’s labour shortage. That has forced corporations and even government ministries to tap into the pool of independent workers.

Established companies are also struggling to keep up with the fast pace of technology changes, resulting in a surge in corporate venture capital as the likes of electronic groups Panasonic and Sony hunt innovation through tie-ins with start-ups.

As part of his strategy to bolster the economy, Shinzo Abe, Japan’s prime minister, has created tax incentives for businesses to invest in venture capital. Privately owned Japanese start-ups raised a record ¥271.7bn in 2017, compared with ¥63.6bn in 2012, according to a survey conducted by Japan Venture Research. Corporate venture capital funds in particular invested a record ¥70.9bn last year, according to research house Recof.

Starting a business is becoming more common, Mr Yoshida says. “Ironically the environment for start-ups becomes more positive the more corporate Japan is in a crisis, since it prompts big companies to extract their money for outside use [in venture capital].”

But the country’s rate of start-ups remains much lower than in the US or the UK, and fear of failure remains strong. Venture capital in Japan is still marginal compared with total funding of $71.9bn in the US last year and China’s $22.6bn in the final quarter of 2017 alone, according to the latest PwC/CB Insights MoneyTree Report.

Atsuko Mori, senior analyst at Japan Venture Research, says such funding tends to concentrate in start-ups that are more than three years old. “It has undoubtedly become easier to raise capital but that does not mean it’s an easier competitive environment,” Ms Mori adds.

Capital from big corporations — which may come with a focus on strategic tie-ups — does not always match the needs of start-ups, which may prefer funding from high-profile angel investors.

Akiko Naka, the 33-year-old chief executive of Wantedly, says that while access to risk capital has improved in Japan, the availability of “smart money” remains restricted to a small pool of entrepreneurs with connections to the country’s close-knit investment community.

“If you just want somebody to invest money, it will come if you keep waiting,” Ms Naka says. “But if you want smart money — the kind of investor who provides mentoring and advice for your business — then you need to be more proactive.”

In Ms Naka’s case, several venture capital funds expressed interest when she started her business in 2010. But she had to make numerous pitches before finally clinching seed investment from Shogo Kawada, co-founder of mobile gaming company DeNA and a prominent angel investor. Nikkei, owner of the Financial Times, is also an investor in Wantedly.

Despite their success in raising capital, both Ms Naka and Mr Yoshida have chosen to take their companies public, which some entrepreneurs see as a way of gaining credibility.

“Our main clients are big companies in Japan, and for them it makes a huge difference whether a company they deal with is listed or not. By going public, we were no longer a dodgy company,” Mr Yoshida says. 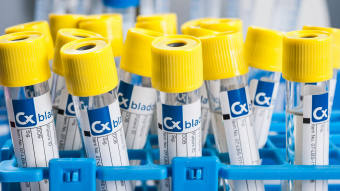