Disappointing earnings, falling sales and accountancy scandals have long been viewed as indicators it is time to sell a company’s stock. Now UBS Asset Management has found a new sell signal: pay revolts.

The unit of the Swiss bank said research by its quantitative evidence and data science team, which looked at 1,700 incidents, found that companies that lost a vote on executive remuneration at their annual meetings were much more likely to suffer share price underperformance.

This was particularly the case in the S&P 500, where losses of more than 25 per cent were twice as likely at companies after a failed “say-on-pay” vote, according to the research.

It follows a study by Morgan Stanley, the investment bank, which looked at data over five years and found a relative one-year underperformance of 15 per cent on average after investors rebelled over executive pay at the annual meeting.

Chris Greenwald, head of sustainable investment research at UBS AM, said a lack of shareholder support for a say-on-pay resolution was often an indicator of how the company was performing more generally, particularly around whether incentives were in line with long-term strategy.

“If you have the majority of shareholders voting against [executive pay] it shows a misalignment in terms of incentives. It is probably already a sign of poor performance,” he said.

The asset manager has already integrated the findings into its investment dashboard that is accessible to portfolio managers and analysts. It is also plans to issue alerts to investment teams based on their holdings or interests, flagging when a company loses pay votes. 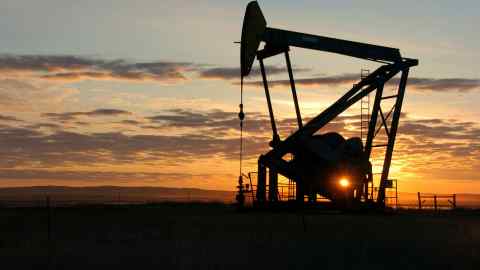 Mr Cross said that even though the say-on-pay investment signal has not been fully rolled out at the asset manager, its portfolio managers were already asking questions about the findings and requesting information about how their own holdings might be affected.

While some investors, including UBS, are more willing than ever to vote against executive pay packages, the majority are still signed off with little protest. According to Georgeson, which advises companies on shareholders, 91 per cent of votes at both S&P 500 and S&P 1500 companies were cast in favour of executive pay in 2019, excluding abstentions.

Netflix, Ameriprise and Xerox were among the companies to have lost pay votes last year, while Noble Corp, the offshore drilling company, and chipmaker Qualcomm have suffered shareholder revolts in 2020.

The Morgan Stanley research found that stocks that lost their say-on-pay votes last year underperformed the S&P 500 and peer group on average by 20 per cent (median 10 per cent) and 25 per cent (median 14 per cent), respectively, in the year after the annual meeting.

“We view say-on-pay as a strong indication of shareholder satisfaction not only around exec comp but on broader governance, execution, and the strategic direction of a company, making it a meaningful forward-looking indicator, in our view,” the analysts said.