Employers trying to gather accurate ethnicity data about their workforces often run into problems, says Trevor Phillips. According to the former chair of the UK’s Equality and Human Rights Commission, how people describe themselves ethnically — the group to which they say they belong — is not always a good and clear indicator of how their employer may wish to categorise them for reporting purposes.

For example, he says Turkish Cypriots in the UK often tick boxes marked "White British" because that is how many wish to be regarded. Many people of African-Caribbean heritage may prefer to be described as Black British. Consequently, he is not a fan of this subjective tick-box method of gathering ethnicity data. “I have never quite trusted self-identification,” he says.

Another problem facing researchers, he adds, is that response rates to questions on ethnic origin can be low because staff may be uncomfortable or unclear about why they are being asked.

Mr Phillips and his colleagues believe their ethnicity tracking is unique in its method, size and ambition. Software developed by Richard Webber, a visiting professor at Newcastle University, draws on a database of 1.2bn individual records globally. It uses 2.5m family names and 800,000 first names to build algorithms that he says can link names to an individual’s ethnic or cultural origin from around the world with more than 95 per cent accuracy. The results are cross-checked against publicly available sources such as LinkedIn profiles and companies' annual reports.

“[The algorithm] can even show what might be called social integration — the likelihood of [people of ethnic-minority heritage] using Anglo-Saxon first names,” says Mr Phillips.

For example, he says his own name is “basically Welsh — but typically Caribbean”. If the algorithm were analysing his name, he says it would probably flag him as Welsh, but also flag a high probability of Caribbean origin (his parents emigrated from Guyana in the 1950s). Follow-up checks against publicly available information would then seek to establish the facts.

The company has a wide range of clients including local authorities, retailers and police forces. Mr Phillips stresses that it does not offer racial profiling of individuals — only information about the patterns of behaviour among small groups. For example, “local authorities use it because census data are so often out of date,” he says.

The methodology may be advanced, but the picture it paints is regressive. Green Park’s most recent Leadership 10,000 report, published in 2017, made depressing reading on ethnic minorities’ — and particularly black Britons’ — representation not just on the boards but among the more numerous ranks of senior management of leading UK companies.

It also says although 14 per cent of British citizens belong to a minority ethnic group, just 4 per cent of FTSE 100 chief executives last year were non-white, down from 7 per cent in 2014.

In the UK, employers can collect and store data on race and ethnicity for the purpose of monitoring equality, as long as this is done within the law.

In the rest of Europe, the picture is different: rules differ across EU member states. In France, for example, there are limits on data that can be collected on a category known as “descendants of immigrants”. Under the General Data Protection Regulation that came into force this month across the EU, employers can gather and process personal data on ethnicity for the purpose of equality monitoring.

However, they must be able to prove they are doing so on a legal basis. They must also have permission from individuals to do this, among other conditions. 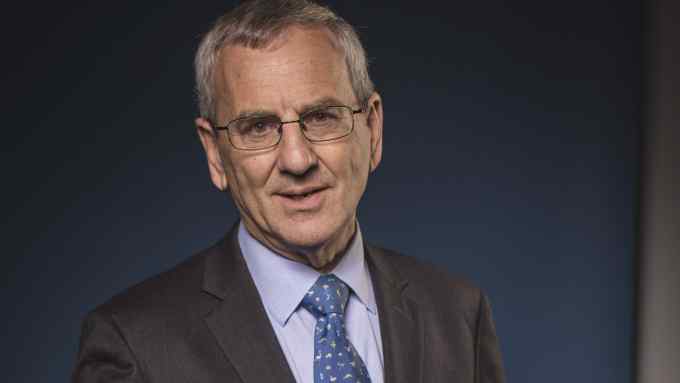