We use cookies (opens in new window) for a number of reasons, such as keeping FT Sites reliable and secure, personalising content and ads, providing social media features and to analyse how our Sites are used.
Manage cookies
Accept & continue
Goldman Sachs Group

The new back office: inside Goldman Sachs’ Bangalore hub

Quants are hired in India as economics, politics and tech shape the banking industry

When Goldman Sachs opened its wholly owned Bangalore operation in 2004, it was a typical back office. Just under 300 full-time staff supported a front line of revenue-generating bankers worldwide. They worked in limited areas such as information technology, finance and accounting.

The group put no cap on Bangalore’s ambitions, says Bunty Bohra, who heads the office, but “we didn’t envisage anything like the scale and complexity” of the current operation — let alone what is now planned for the group.

Goldman now employs about 5,000 staff in Bangalore, 4,000 of them full-time, across almost every division of the bank, including revenue-generating “front office” roles.In 2019, it expects to open a $250m campus on Bangalore’s traffic-clogged outer ring road that will be able to accommodate 9,000 people in two buildings, across 1m sq ft.

The evolution of Goldman’s presence in Bangalore is one example of how economics, technology and politics have shaped the back office over the past 15 years. Companies have started to look at back offices not just as low-cost support centres, but sources of skills for the rest of the organisation. At the same time, they have learnt to flex the mixture and location of their own staff, and of outsourced teams, to meet customer needs.

In the mid-1990s, multinationals strove to cut the cost of support functions such as handling payroll, or dealing with customer queries. Moving them to cheaper countries such as India was the obvious solution. Since then, however, the response to the question of how, where and with whom to carry out back-office functions has become more complex, and more strategic. 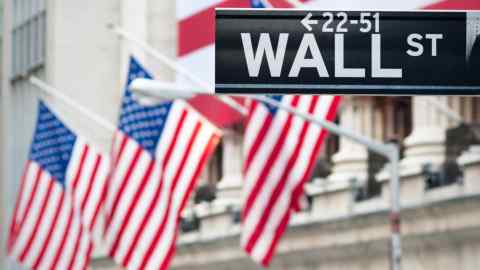 Goldman is a case in point. Its Bangalore-based staff now represent 14 activities — from compliance and legal services to investment banking, though the most senior client-handling vice-presidents still operate out of Mumbai. “It really is a talent story, not ‘Where are there people and office space that’s inexpensive?’” says Mr Bohra. Last year, for instance, the bank hired 150 “quants” in Bangalore. These mathematicians and scientists work on the bank’s quantitative investment strategies, but also analyse big data in areas such as risk management or human resources.

The bank’s plans for its new campus would allow it to expand to become the biggest office outside New York. But at the same time, the bank does not have to take up the option to lease the second of two buildings. At the moment, it expects headcount to remain flat. Mr Bohra uses an analogy with a potentially uncontrollable family pet: “We don’t want to have a ‘golden retriever’ problem. We want the intellect, maturity and seasoning to exist at the same time.”

This is only one way in which companies are reviewing their back-office strategy. For instance, growth in the use of “captive” centres, serving the whole company, has accelerated. Ilan Oshri of Loughborough University found that between 1990 and 2009, the world’s largest 250 companies established 367 captive centres worldwide. There are now an estimated 2,000 such hubs.

Outsourcing companies have also become more agile. Susir Kumar, chairman of Intelenet Global Services, says outsourcers have moved from carrying out processes to making more judgments for clients. Intelenet’s agents have long had the responsibility for deciding, say, whether to grant a loan or approve an insurance claim. “The ability to manage change in a fast-changing environment is the key,” he says. Often, contract workers are used in a blend with in-house back-office staff.

Even Goldman’s Bangalore operation, which prides itself on propagating a “Goldman culture”, now outsources certain functions — such as accounting — to multiple contractors.

Prof Oshri says the trend of companies moving their offshored back offices to the next cheapest location as labour costs increase has also changed.

One factor for large companies that have expanded overseas is political pressure to “bring jobs home”. That could be a particular issue for US retail banks. They are potentially in president Donald Trump’s line of fire, although they argue they need to support front offices round the clock, and therefore round the world.

Other sectors have, over the past five years, also started to trim earlier policies to offshore customer service operations. In the UK, Santander, the bank, United Utilities, the water company, and BT all “reshored” call-centre work from India in 2011. Vodafone UK recently announced it would create 2,100 jobs across the UK, essentially by relocating customer service roles currently carried out, via an external agency, in South Africa. Last year’s Brexit vote could accelerate the trend, as outsourcers and insourcers adapt to a more nationalistic popular tone.

US employment
The human cloud: A new world of work 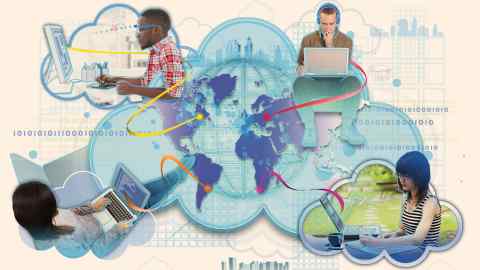 In the case of call centres, location is highly dependent on customers’ perception of quality — bluntly, whether they can understand the call-centre staff. But there are other advantages to having support staff closer to headquarters, including control over recruitment, rewards and training. Strategic support functions, like risk management, may be better handled by a “middle office”, based closer to the main revenue-generating activities.

The cost and skills combination needed for back offices still tilts the choices heavily towards emerging markets, though. Vodafone UK’s IT shared services are still in Bangalore and Pune in India, where it uses a blend of captive operations and third parties, often dealing with enterprise customers.

Campbell Harvey of Duke University’s Fuqua School of Business says cost is still companies’ main motivation and technology will be a more important influence than politics on future back-office decisions. “People traditionally doing back-office functions in New York and London were disrupted by offshoring and that’s a sideshow compared with what’s coming,” he says.

That said, while the rise of machine learning sounds like a threat to back-office jobs, when Prof Oshri asked 150 corporate buyers of outsourced services how much they had spent on cognitive computing, the answer averaged out at £350,000 per enterprise over the past five years — barely enough to cover a pilot project.

Intelenet’s Mr Kumar is equally sanguine, both about the US political pressure, to which he thinks the industry will adapt, and the rise of the robots. He believes the same number of employees will work with machines to do more sophisticated jobs for clients. But Prof Harvey has a warning for institutions that do not plan ahead. “It’s a race to the bottom and the bottom is not a human, it’s a machine.”

Front office: Where activities that generate revenue for the group are carried out.

Middle office: Used for activities that are strategic to the organisation, eg risk management for a bank, or as a link between front and back office.

Outsourcing: The contracting-out of work to an external supplier.

Insourcing: Using the company’s own employees to carry out an activity, either on- or offshore.

Backsourcing: Bringing such work back in-house.

Offshoring: Moving an activity to another country, often for cost reasons.

Captive centres: Wholly owned back offices carrying out work for a multinational.

Reshoring: Bringing offshore activities back to the home country.

Nearshoring: Bringing activities back to a country that is closer to the customer or user.

Not a peep on Goldman’s Indian back-office plans / From John Plashal, Great Falls, VA, US