HSBC is a citizen of nowhere 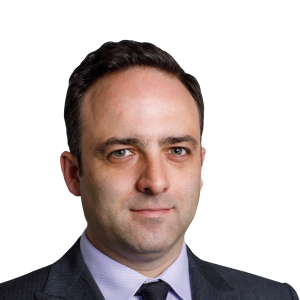 When HSBC’s Asia head backed Beijing’s new security law for Hong Kong, the backlash from Washington and London was swift.

US secretary of state Mike Pompeo criticised “China’s attempted coercion of the United Kingdom” and lamented the “show of fealty” from the London-based bank and similar “political and corporate kowtows”. The Conservative chair of the UK’s foreign affairs committee questioned why the bank, along with its rival Standard Chartered, were “choosing to back an authoritarian state’s repression of liberties”.

But the outcry is based on three questionable assumptions: that the company had a choice in whether to support the law; that its heart is against it; and that it is a British bank.

Why did anyone expect anything else from The Hongkong and Shanghai Banking Corporation? “There was enough civil unrest that business couldn’t possibly flourish,” says one person close to the bank who supports Beijing’s new law.

Insiders talk of the bank as apolitical and a guest in every country. In other words, its nationality is ambiguous, a citizen of nowhere. That offers more freedom but confers less natural protection than any enjoyed by a national champion. It means HSBC can be pilloried by Washington for supporting Beijing and attacked by Beijing for providing information to the US on Chinese telecoms equipment maker Huawei.

Never a typical British company, its unusual background is described in its history The Lion Wakes: a pseudo central bank in Hong Kong well after its founding in 1865, with ranks of “international officers” that required “demilitarisation” as recently as 2000. 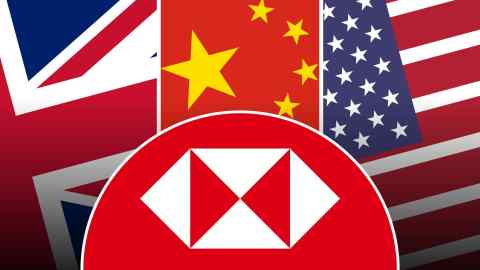 Despite British management, HSBC was for well over a century regarded in London as a foreign entity. In 1981 it expressed interest in acquiring Royal Bank of Scotland, only for the Bank of England to warn it off as it was “not a British bank”. Ten years later it initially received a similarly frosty reception from UK regulators with its proposed acquisition of Midland Bank.

On paper, this has changed. HSBC, which eventually won approval for the Midland takeover, shifted its headquarters to London in 1993. This year the Bank of England would not accept HSBC was anything other than a British bank when it forced it to conserve capital by cutting its dividend, a deeply unpopular move among Hong Kong investors who had come to count on the coupon. Suddenly, some directors reopened the conversation about moving the head office back east.

Deeply woven into Hong Kong’s corporate history, HSBC has been an investor in Hong Kong’s most famous companies, from Cathay Pacific to Hutchison Whampoa, and a lender of last resort. It still owns a 20 per cent stake in China’s Bank of Communications, which HSBC values at $21.5bn and considers a useful sign of its commitment to China, better than any photo on WeChat.

HSBC has survived much worse. In 1941 it shifted its reserves and board of directors from Hong Kong to London just before the Japanese invasion. Surfing tensions between China, the US and the UK has been an essential part of its job for more than 100 years.

Bouts of nationalism are bad news. But the superpower squeeze is not a new phenomenon and less of a direct threat than it seems. The real worry is indirect and financial: that the trade and capital flows between east and west that are HSBC’s lifeblood are choked off as the US and China break apart.

HSBC and its China ties / From Christopher Dillon, Hong Kong