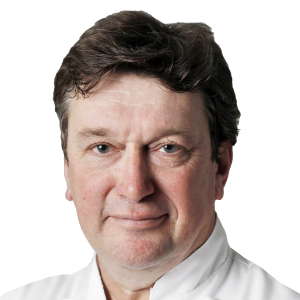 In the beginning there was khichiri, or something like it (there are many variant spellings). Khichiri is still very much with us and is an intrinsic part of the diet all over northern India and Bangladesh. It is a remarkable pilaf of rice and red lentils that is perfumed with garam masala and has a gloriously light and fluffy texture.

Kedgeree is a good instance of that process of Anglo-Indian linguistic assimilation known as Hobson-Jobsonism: it’s a dish now bearing little resemblance – barring the presence of rice – to khichiri, but whose name is borrowed and twisted somewhat from the original.

Both dishes have many variants. Khichiri can be a very simple dish of rice and lentils, or a vehicle for all sorts of other vegetables and even some fish and meat. Kedgeree can have a similar texture to a khichiri or it can come with a rich but somewhat ersatz curry sauce. Similarly, a number of diverse ingredients – haddock, eggs, sultanas, prawns – have found their way into a kedgeree.

From these Anglo-Indian origins, kedgeree slowly became a mainstay of the British diet; with a rather strange concoction at school and a more straightforward version at home, I was virtually brought up on it.

Kedgeree lingers on in a few homes, on a few brunch menus and as a useful bit of ballast at the end of a ball if bacon sandwiches are not on hand. My sister alerted me to the existence of khichiri after she visited Bangladesh some time ago. Going back to the original recipe and discovering a delicate, fragrant and very light method of cooking rice was a revelation. The judicious addition of a little fish, some eggs and sultanas gives a proper Anglo-Indian flavour to what is a classic of south Asian cookery.

If required, sliced chilli can be sprinkled over the kedgeree. Serves six for a light lunch.

A handful of sultanas

● Rinse both rice and lentils separately with plenty of cold water and drain. Pour boiling water over the sultanas and leave them to steep. Slice the onions finely and chop the garlic, also finely. Heat a heavy-bottomed saucepan – it will need a tight-fitting lid – and melt the butter with the oil in it. Add the cumin seeds, cloves and cinnamon and fry for a few moments before adding the onions, garlic and ginger. Fry together on a lively heat for a few minutes and, before the onions brown, add the rice and lentils together. Turn them in the mixture until every grain is coated. Add the saffron threads, garam masala, lemon juice, salt and 750ml of boiling water and bring to the boil. Reduce to a very low heat, place the eggs on top, cover and cook for seven minutes. Remove the eggs and cook the rice for a further eight minutes. Place the seasoned fish on top, skin-side up and cover for five more minutes.

● Take the pot off the heat, lift the lid and remove the fish and gently fork through the khichiri. Cover the pan with a clean cloth and leave for 10 minutes. Peel and halve the eggs, flake the fish and distribute over the khichiri, along with the drained sultanas. Serve as is.

Do not be tempted to buy “shop” garam masala; it lacks all the fragrance of freshly made and really is a waste of time.

● Roast the first five ingredients in a dry frying pan until they give off a heady aroma and start to brown. Stir constantly as they burn very easily. Remove them to a grinder, adding the remaining spices and grind to a powder. Store in an airtight container but do not keep too long.

Kedgeree is no problem for wine, unless you are having it for breakfast. Most aromatic whites will do well but this could be the time to get out the Gewurztraminer, especially if there is not too much residual sugar.