Nascent industry faces regulatory challenges it can transform our skies

Sign up to myFT Daily Digest to be the first to know about Flying cars news.

Hundreds of companies are working towards the development of electric-powered flying vehicles, with commercial services scheduled to launch over the next five years.

Obtaining regulatory approval will be a “Herculean hurdle”, says Joe Praveen Vijayakumar, a transport specialist at Frost & Sullivan, a consultancy. “Regulators are expected to be circumspect initially, as with any new technology,” he says.

Before fleets of air taxis can take to the skies, regulators must also approve the creation of “unmanned traffic management” systems, so air taxis, drones aviation authorities and technology suppliers can share data on flight paths, hazards and get real-time weather data. Such systems will probably use automation, AI and 5G mobile networks, says Mr Vijayakumar.

11 min
How drones and air taxis could transform our skies 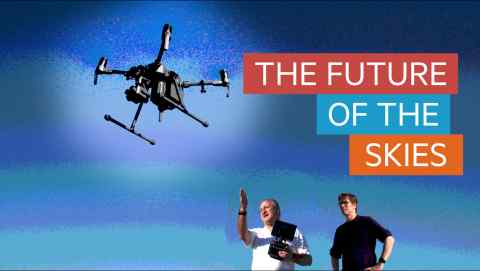 An invisible, multi-layered highway in the sky might sound unsafe and chaotic, but this is no different from how people viewed horseless carriages, says Ben Marcus, chairman of AirMap, a US-based start-up that is building an unmanned traffic management system. “About 120 years ago it would have been be hard for people in New York to imagine that horses would be replaced by cars — today we take cars entirely for granted,” Mr Marcus says. “I think the same will happen in the airspace.”

Prototype air taxis take off and land vertically, flying like a traditional aeroplane at speeds ranging from 60mph to 200mph at relatively low altitudes of less than 5,000 feet.

Operators predict that a journey from an airport to city centre — which usually takes an hour by car in traffic — will take 10 minutes by air taxi, costing between $50 and a few hundred dollars.

By 2040, the “urban air mobility” market will be worth $1.5tn with 430,000 air taxis globally, according to research respectively by investment bank Morgan Stanley, and by Frost & Sullivan.

Uber, the ride sharing and food delivery company, plans to launch its ride-sharing air taxi service in the US and Australia in the next few years. Its air taxi prices will eventually be comparable with an UberX, its standard ride-hailing car service, says Eric Allison, head of Uber Elevate, Uber’s air taxi unit.

Richard Liu, chief financial officer of Chinese air taxi start-up EHang, says that it hopes to start a commercial service in China in 18 months. Public acceptance of the new service will be its main challenge, Mr Liu says, adding: “People around the globe are becoming interested in [air taxis]. This new industry has a huge opportunity.”

Currently, aircraft are guided by air traffic controllers with systems unable to manage small- and medium-sized drones including air taxis flying at low altitudes, according to the European Union Aviation Safety Agency (EASA).

Aviation authorities are working with air taxi manufacturers and technology companies on safety standards for their design and operation.

Obtaining approval will be a ‘Herculean hurdle’, with regulators expected to be circumspect initially

Most standards are in the draft stage. EASA says that a “common regulatory framework” for air taxis “may become applicable in the EU as early as 2023”. Other aviation authorities have not said when they expect to agree rules for commercial air taxi services.

The certification schedule is uncertain and should not be rushed, says Natasha Santha, a partner specialising in transport at LEK Consulting, a consultancy. “The success of the [air taxi] industry depends on a demonstrably unblemished safety record.”

Developers say air taxis will use pre-authorised routes to minimise the risk of collisions. Common safety features include sensors to detect buildings, wires and other aircraft, and back-up facilities in case equipment fails.

Volocopter, a German start-up, says its air taxis have 18 rotors, of which several can fail, and it can still land safely. Although proponents say air taxis will reduce road congestion in cities, their ability to help free up roads is constrained by their size.

Because most air taxis will only carry two to four passengers, “even if each city had hundreds of [air taxis] active on a given day it would not make a dent in train, bus or car traffic”, says Richard Aboulafia, vice-president of analysis at Teal Group, an aerospace research company. 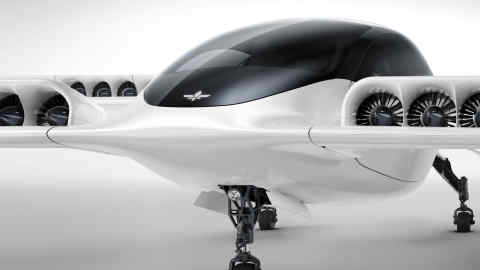 There are also doubts about air taxis’ business model, including how many landing hubs would be necessary and the cost of building them. Research published in 2018 by Nasa, the US space agency, concluded that a widespread air taxi market in the US by 2030 was unlikely due to high investment costs.

Advances in batteries may help accelerate the widespread adoption of air taxis, with a shift from lithium-ion to a lighter battery made from pure lithium metal on the horizon.

Venkat Viswanathan, associate professor of mechanical engineering at Carnegie Mellon University, is developing such a battery in partnership with the US government’s Department of Energy and a battery maker.

He says that the battery will be more energy efficient, up to 30 per cent lighter than standard lithium-ion batteries, and enable air taxis to travel longer on one charge.

“Air taxis [will also be] cheaper to run because it becomes more energy efficient if your battery is lighter,” he adds. 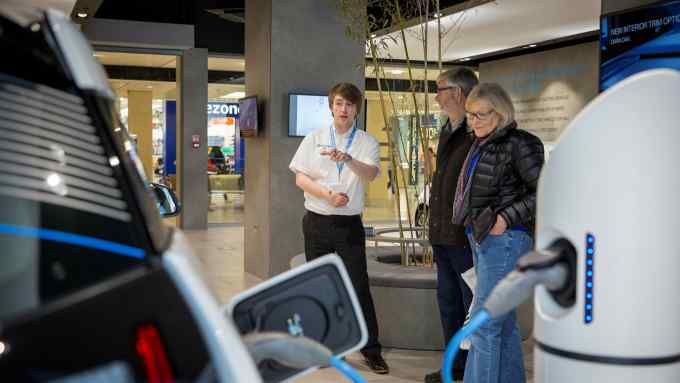