When Rachit Jain decided to study for an MBA, he talked to friends at US business schools about potentially joining them abroad. But instead he opted to enrol at the Indian School of Business (ISB) in Hyderabad.

While going abroad remains tempting for those with the financial means and is seen by many Indian families as the most prestigious route to success, a significant cohort of younger Indians are choosing to study business at home. This allows them to take advantage of an affordable degree, stay close to family and build a network in an economy that is growing, albeit at a slower pace than previously.

“I come from a family business and want to be in India long-term, not in the US or Europe,” says Mr Jain, who was working as a consultant for Bain in Delhi before starting his MBA this year. “The question was how many people I could connect with. The brand of ISB means I can instantly call up and talk to five or 10 alumni in any Indian city.”

There is no shortage of talent, with Indian students performing strongly on the US-based GMAT business school entry test.

But while schools’ attempts to expand and innovate are attracting domestic students, studying in India has not been an easy sell to international students. Some 95 per cent of applications to Indian business schools this year were from domestic students, according to research by the entrance exam administrator, the Graduate Management Admission Council.

India has yet to capture the imagination like China

Business training has existed for more than half a century in India. Alongside private schools, led by ISB, there is also the Indian Institutes of Management, a network of 20 elite state-backed institutions that now operate with considerable autonomy. Many of these schools are well established, with the first set up in Kolkata and Ahmedabad in 1961.

The third to launch, the Indian Institute of Management Bangalore (IIMB), opened in 1973 and initially focused on training public sector managers. But as the Indian economy has liberalised, the school has shifted to training private sector executives, says Abhoy Ojha, IIMB’s dean of programmes.

Some elements of the state’s hand remain: a significant proportion of places on the school’s flagship two-year MBA is reserved for students from disadvantaged backgrounds, those with disabilities, and from lower castes and tribal regions, for example.

But in other ways IIMB has changed radically, Prof Ojha adds, most notably since the removal of government funding in the early 1990s forced it to generate more income from tuition fees. With increased competition, it has hired more faculty members with research skills and diversified from its basic two-year, full-time, pre-experience course to offer executive education and shorter, part-time qualifications for senior managers. It is also exploring more online learning.

Despite this pivot, there are some distinctly Indian features in the curriculum, including a course on the management philosophy applications of Bhagavad Gita, the Sanskrit verses from the Hindu epic Mahabharata.

Some of these local-based courses also have international appeal. Rajeev Srinivasan, chair of executive education programmes at IIMB, teaches an elective on the strategic management of technology and innovation using a local case study, the expansion of Chai Point, a premium tea café chain that is branching out into office drinks machines. Many of his students this year are European, attending on short-term exchanges from their own business schools.

Other elite institutions are also expanding their offering. ISB, for example, runs a post-experience one-year MBA as its core qualification, but is also introducing a range of other courses to attract more students.

Rajendra Srivastava, the dean, also points to a series of research units that have been launched to generate funding and build expertise. This includes a centre for family business, which teaches about the ownership structure that remains dominant in India.

In the tiers below the ISB, the Indian Institutes of Management and other leading regional institutions, however, there has been consolidation among the country’s estimated 3,000 business schools, according to Shrinivas Acharya, director of the Vishwa Vishwani Institute of Systems and Management in Hyderabad. “Some were in remote places, could not find the right faculty and their students were going nowhere,” he says.

Even elite institutions face challenges. While ISB attracts promising Indian students — with women making up nearly 40 per cent of its most recent intake, it says — Prof Srivastava remains frustrated at the lack of students and academics from outside the country. The school reports that just 3 per cent of this year’s intake is non-Indian, which reduces valuable diversity in the classroom and limits its reputation as an international school.

But, he adds, 30 per cent of the student intake at ISB has lived or worked abroad and, while the majority of students are domestic, the Indian subcontinent itself comprises many distinct cultures and languages.

Part of the problem is tough visa requirements. The Indian government does not grant work permits to foreign students after they graduate.

But the low numbers of international students also suggest a continued uncertainty about, and more limited appeal of, Indian business schools compared with institutions in other emerging markets. As Prof Ojha at IIMB puts it: “India has yet to capture the imagination like China.” 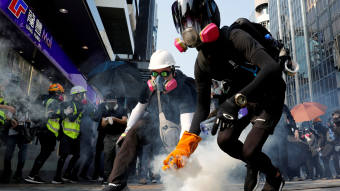 Business schools in Asia might be younger than their American and European counterparts, but they are establishing themselves quickly. This report looks at the challenges and opportunities facing institutions in the region.