Are Japanese robots losing their edge to Silicon Valley?

Start-ups play a bigger role in a complex industry

When robots were called into service at the damaged Fukushima nuclear power plant after the 2011 tsunami, they were not ones made in Japan. Instead, machines built by US company iRobot to operate in minefields in Afghanistan and Iraq had to be used.

It was a clear illustration of how, despite the country’s longstanding prowess in robotics, Japanese leadership in the field is no longer a given. More adaptable machines developed for difficult environments are coming to the fore. Even more significantly, machine learning and other techniques of artificial intelligence (AI) are becoming paramount as robots learn to respond to and interact with humans.

Japan’s leading robot makers are aware that they will not be able to maintain the upper hand just through continuing business as usual. In the future, networked robots will come to predominate, according to Hiroaki Kitano, president of Sony Computer Science Laboratories, who played a part in the development of the Aibo, a robotic pet dating back to 1999.

US leadership in machine learning has contributed to a surge of self-confidence among Americans working in the field, prompting claims that Japan’s position in robotics has already started to erode.

“When Fukushima happened, there was a realisation that the emperor has no clothes,” said Rodney Brooks, who co-founded iRobot and was previously head of AI at the Massachusetts Institute of Technology.

The challenge from across the Pacific is recognised in Japan, where a new focus on AI and networking technologies that are key to robotics has become apparent. “We are not going to lose out on this to Silicon Valley,” says Shunsuke Aoki, chief executive of Yukai Engineering, which is trying to build AI into a family robot system called Bocco.

Japan’s leadership in robotics to date has rested on two things. The first is its foothold in automated manufacturing. A survey by Nikkei revealed that three of the world’s top five makers of industrial robots ranked by market share in 2014 hailed from Japan, led by Fanuc.

Such technology has moved well beyond manufacturing. For instance Komatsu, the construction equipment maker uses US-built drones to map out construction sites as well as selling robotic power shovels and bulldozers.

The second focus of Japanese strength has been in anthropomorphic robots. The latest in this line is SoftBank’s Pepper, a humanoid robot designed to read and respond to human emotions. Released in 2015, the consumer device has been so popular that it sells out immediately when new shipments arrive, though the quantities being made are still small. Masayoshi Son, Softbank’s founder and chief executive, predicts that in 24 years’ time there will be 10bn robots in the world, outnumbering the human population. 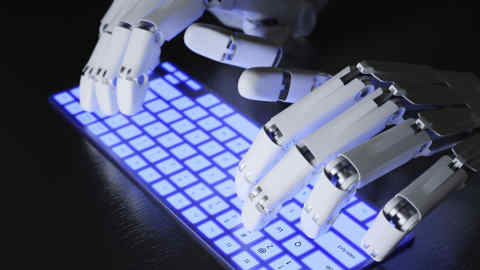 Some American experts, though, question the value of trying to model robots on the human form, given the difficulties of perfecting technology while dealing with the limitations of such machines. Sebastian Thrun, the former Stanford University professor who helped to develop Google’s driverless car, questions whether there will ever be a big market, though he says: “I think it’s fascinating to see how people react to it and tease out deeper truths about humanity.”

If Japanese leadership in robotics is now under threat, it is not hard to find the cause. “Japan has historically been strong on the physical aspects of robots,” says Professor Martial Hebert, director of the Robotics Institute at Carnegie Mellon University in Pittsburgh. “The US has been strong on the thinking part. What we are seeing is a shift in emphasis to thinking. The US is far ahead on AI research.”

If Japan has been at risk of falling behind, then Fukushima was a wake-up call

The strictures associated with US military research funding have also played a part, says Mr Brooks. Grants to universities are conditional on close co-operation between computer science and mechanical engineering departments, he says, forcing the cross-disciplinary collaboration needed in such a complex field. By contrast, he says, the “silos” in which its university departments operate “have been a real problem for Japan”.

These changes have been bringing US companies to prominence. Foremost among them is Alphabet, the new holding company for Google, following the acquisition of seven robot-related start-ups in 2013. Google is also a leader in the development of self-driving cars, which are effectively mobile robots equipped with computers and sensors and lacking the need for a steering wheel and brake pedal.

Other rich and ambitious US tech companies have also joined the robot race. Amazon paid $775m to acquire Kiva Systems, a maker of transport robots, and now employs more than 30,000 of these robots in 13 massive warehouses to move products around. Amazon is also developing delivery drones, and for that it has tapped the knowledge of robotics engineers and former astronauts.

The US is “by far the world leader” at the moment in autonomous robots, according to Melonee Wise, chief executive of Fetch Robotics, a Silicon Valley start-up.

If Japan has been at risk of falling behind, then Fukushima was a wake-up call for the sector. Even critics in the US concede that Japan has responded to the threat of being overtaken with a push into the new technologies that are defining the future of robotics.

“There is obviously a tremendous capability [in Japan], and they’ve awakened now,” says Mr Brooks.

Japanese business & finance
A note from the editors 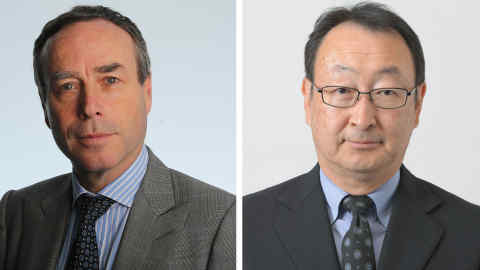 Japanese start-ups have taken up some of the running alongside established incumbents, as the focus has started to shift to companies that can move much faster in finding uses for the new technology. These include Preferred Networks, a machine learning company which is working to apply AI to robots and autonomous driving systems and has teamed up with powerful manufacturers such as Fanuc and Panasonic.

“It takes effort to link hardware, software, and network technologies,” said Toru Nishikawa, Preferred Networks’ chief executive. “If we can do that, the world will see the value of our work.”

Yet if the future of robotics lies in the hands of start-ups, some in Silicon Valley believe the Californian tech zone is starting with a large advantage.

“I’m completely convinced that if there’s going to be a big breakout in consumer robotics it will come out of the Valley, and probably out of Google,” says Mr Thrun, who left the search engine company to work in online education. “It’s not about software: it’s about new business ideas and innovation.”