Central banks stepped into the breach to stabilise banks and restore growth after the global financial crisis — now, green campaigners would like them to take on the yet bigger challenge of making sure the financial system penalises carbon-intensive assets and funds the transition to clean energy.

Only recently have central banks seen any role in managing the systemic risks of climate change — the effects of which will largely be felt well beyond the horizon of regulators and rate-setters.

In 2015, Mark Carney, Bank of England governor, was widely accused of overstepping his remit when he urged action on what he called a “tragedy of the horizon”, arguing that “once climate change becomes a clear and present danger to financial stability, it may already be too late”.

Now, most accept in principle that climate change threatens financial stability. More frequent extremes of weather will damage property and disrupt trade, while policies to curb emissions and speed the adoption of green technology have the potential to trigger sharp falls in asset prices.

These risks once seemed too distant for most financial institutions — insurers apart — to worry about but many of them are now starting to materialise.

“London could flood in any one year. It’s a long-term risk, it goes up over time, but it could happen any time,” says Paul Fisher, a former Bank of England policymaker who is a fellow at Cambridge university’s Institute for Sustainability Leadership.

For financial institutions, the “transition risks” of policy changes are both more immediate and more serious.

Mortgage lenders’ loan books will look more risky and so require more capital held against them, if governments decide it is uneconomic to protect certain areas from flooding — now a realistic threat to property prices along swaths of the UK coastline.

Frank Elderson, a member of the Netherlands central bank’s governing board, points to proposals for new standards on energy efficiency as another example: these could strand real estate assets and potentially affect any bank that has lent to companies using their office buildings as collateral.

So far, prudential regulators at the Bank of England and Dutch central bank have done the most to make banks, as well as insurers, take these risks seriously. Last month, the BoE told institutions they would need to establish board-level engagement and responsibility for managing climate change risks — a step that means senior executives will be held personally accountable. Others are inclined to follow suit. In October, 18 central banks and supervisors, members of a new Network for Greening the Financial System (NGFS), signed a declaration stating that climate-related risks fell squarely within their mandate. The US Federal Reserve and Bank of Japan, operating in a different political climate, are notable exceptions. But the European Central Bank — although hyper-sensitive to anything that could be construed as stretching its remit — recently told banks that it counted climate risks among the key threats to the euro area banking system. 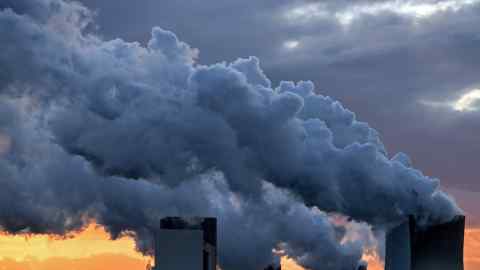 However, most central banks oppose calls for them to support sustainable finance by lowering capital requirements for green lending and penalising “brown” assets.

Without clear evidence that green finance carried lower risks, such a policy “could compromise the key objective of maintaining capital buffers, which is to safeguard the system of sound and solvent banks”, the Dutch central bank said last month.

Instead, their focus is on better disclosure of risks.

In theory, this is not a change in supervisors’ powers or remit — institutions should already be flagging up any risks material to their business and holding capital against them. But it requires a big cultural shift, because risk managers usually make their judgments by crunching historical data. Most climate risks lie in the future.

13 min
Investors needed to save the planet 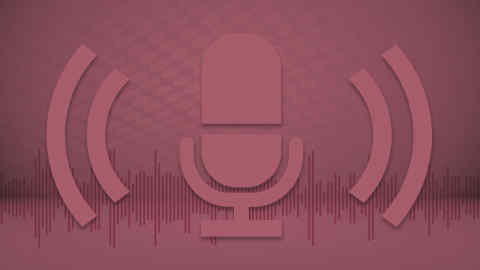 A task force of the international Financial Stability Board — chaired by Mr Carney — has set out recommendations designed to help firms measure risk. In particular, it encourages them to use scenario analysis — for example, modelling how their business would need to change if governments took the actions required to limit the global rise in average temperature to 2C above pre-industrial levels.

At the moment, central banks’ focus — including through the NGFS — is on developing the tools risk managers will need. Green campaigners believe they should be doing a lot more, not only to police the climate-related risks to financial stability but also to catalyse green investment and to lead by example, in particular when they enter the markets to implement monetary policy.

This is far more controversial.

The ECB already applies ethical criteria to the asset portfolios underpinning staff pensions. It is exploring a similar approach for investment of its paid-up capital and general reserves.

Even here, there is an argument that targeting green assets could be counterproductive. “We are short of green assets, not of money to invest in them — if central banks go in, they could undercut the market,” Mr Fisher said.

A group of economists writing in the FT, however, argue that central banks should also follow their own strictures on pricing climate-related risks when they lend money to banks against collateral. Otherwise — since assets accepted by a central bank enjoy lower yields — they are creating an “implicit subsidy” for fossil fuels.

In October, 18 central banks and supervisors declared that climate-related risks fell within their mandate

Some central bankers counter that if disclosure is done correctly, capital will automatically flow towards more sustainable businesses.

“Once markets and credit risk agencies price climate risks properly, the amount of collateralised borrowing counterparties can obtain from the ECB will be adjusted accordingly, Benoit Coeuré, an ECB governing board member, said last month.

The biggest question is whether climate risks should have any bearing on central banks’ conduct of monetary policy.

It is much harder to justify skewing the vast asset purchases made under quantitative easing programmes to the pursuit of green objectives — or anything other than the primary objective of ensuring macroeconomic stability.

“You have to think very carefully about the motives for central bank intervention,” Mr Fisher says. Governments could add climate goals to central banks’ remits as a secondary objective, or clarify what is meant by sustainable growth, so that policymakers feel able to do more when it does not interfere with their core mission. However, Mr Fisher warns: “They have no power to do anything about climate change . . . If you don’t keep control of inflation and macroeconomic stability, you lose any long-term agenda.” 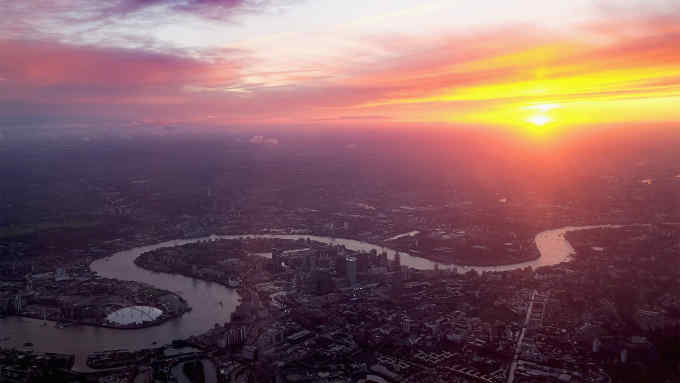