Can the Iran nuclear deal be saved? 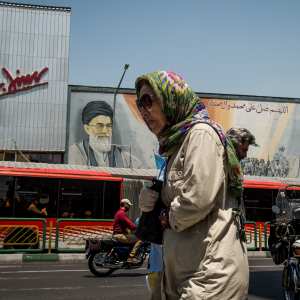 Concerns about maritime security in the Gulf are rising as relations between Iran and the west deteriorate over the slow breakdown of the nuclear deal struck by Tehran and world powers in 2015. Iran’s economy has been badly hit by the re-imposition of US sanctions, and in response, Iran says it is no longer sticking to agreed limits on its enriched uranium stockpile. Tom O’Sullivan discusses whether the deal can be saved with Michael Peel in Brussels, Najmeh Bozorgmehr in Tehran and our Middle East editor Andrew England.