While appalled at the prospect of more political uncertainty business leaders are hoping that a weakened Theresa May will now have to pay greater heed to their concerns and that her bruising at the polls may lead to a softer Brexit.

Greg Clark, business secretary, summoned leading business groups after it emerged that Mrs May had fallen short of a governing majority, casting doubt over whether Brexit talks would begin, as planned, in just over a week’s time.

Mr Clark wanted to co-ordinate a business voice in favour of a softer Brexit, according to people at the meeting. “Clark was trying to focus on us all coming together so that some of the less business-friendly policies [on Brexit] could be dropped,” said one person.

But the groups present, including the CBI employers’ lobby, the Institute of Directors, the EEF manufacturers’ organisation, and the Federation of Small Businesses, disagreed over whether there should be a pause to regroup before beginning the negotiations. The CBI and IoD argued that delaying the discussions would weaken the UK further, as the clock ticks down to a March 2019 deadline. “Business groups are split. The IoD and the CBI want to push ahead [with the negotiation start dates] because otherwise we will look stupid in Europe,” the person at the meeting added.

Despite the disagreement over timing, business groups’ shock at the election outcome has been balanced by optimism that it could result in a softer Brexit, with the UK possibly retaining some form of membership of the single market and relaxing proposed constraints on immigration, as well as improved communication with government. The prospect of a coalition government with Northern Ireland’s Democratic Unionist party suggests that the UK might also remain inside the EU’s customs union.

Despite a traditional loyalty to the Conservatives, Mrs May’s insistence on a hard Brexit — involving a departure from the EU single market and a commitment to abandoning free movement, as well as the repeated mantra that “no deal is better than a bad deal” — had alienated many business leaders. 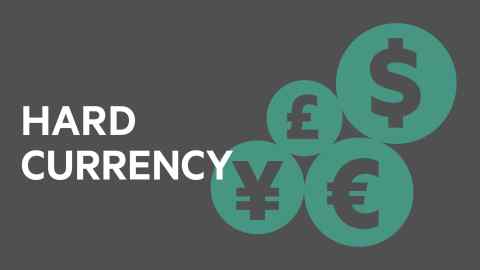 In the months since Mrs May took over last year, business leaders have complained repeatedly of poor links to No 10, a situation exacerbated by the tight-knit group of advisers around the prime minister. One FTSE 100 chairman said the removal of Nick Timothy, Mrs May’s co-chief of staff, would help improve communication and that a formal mechanism should now be set up to allow business to talk to No 10 directly.

“This [the election result] is about people thinking twice about the [EU] departure decision,” he said. “A cohesive, collectively supported position” was now necessary to avoid the UK having “the most vulnerable negotiating body [the EU has] ever come across”, he argued.

Despite some positive reactions over the election outcome, the business community is appalled by the prospect of further uncertainty. “The last thing business leaders need is a parliament in paralysis, and the consequences for British businesses and for the UK as an investment destination would be severe,” said Stephen Martin, director-general of the Institute of Directors.

The UK’s forthcoming departure from the EU was already making it hard for British businesses and the foreign multinationals who invest in the UK to plan for the future.

A weakened Conservative administration or a coalition will complicate the policy environment, meaning companies will find it harder to make decisions on investment and hiring.

Adam Marshall, director-general of the British Chambers of Commerce, said the split vote generated further uncertainty for business communities, who were already grappling with currency fluctuations, rising costs and the potential impact of Brexit.

Election 2017: how the UK voted in 7 charts
UK election and market reaction: what you need to know
UK general election: deadlock is Britain’s new normal

“The formation of a workable administration that can give voters and businesses confidence around economic management must be the immediate priority,” he said.

The prospect of much greater Labour influence in parliament and a strengthened hand for Jeremy Corbyn, the party leader, has many unwelcome implications for business. In its manifesto, Labour pledged to renationalise industries, increase business and personal taxation and raise government spending — in diametric opposition to the policy direction that most of the executives running Britain’s large public companies would like to see.

UK general election
What is a hung parliament and what will happen next? 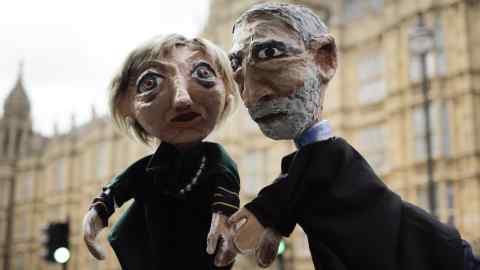 A main concern was how much the government would focus on the economy, especially as politicians react to the electoral upheaval, with a possible leadership contest in the Conservative party, a drawn-out process of forming a new government, perhaps a coalition, or even another election now all feasible.

“Politicians must act responsibly, putting the interests of the country first and showing the world that the UK remains a safe destination for business,” said Carolyn Fairbairn, director-general of the CBI. “It’s time to put the economy back to the top of the agenda.”

Business lobby groups such as the CBI and the Institute of Directors have repeatedly called for greater clarity over a new immigration regime and visa system, and for continued membership of the single market.

Mr Martin said the issues of access to EU markets and the need for skilled workers were “still paramount”.

“If the Conservatives govern as a minority, they must recognise that they have not earned a mandate to implement their manifesto in full,” he said. “Now is the time to move on from the rhetoric of the election campaign and focus on preparing for Brexit talks.”

Video: May's gamble backfires: the night as it unfolded