We use cookies (opens in new window) for a number of reasons, such as keeping FT Sites reliable and secure, personalising content and ads, providing social media features and to analyse how our Sites are used.
Manage cookies
Accept & continue
Special Report Watches and Jewellery: September
See all 8 stories
Watches & Jewellery Luxury goods

Even before Covid-19, parts of the Swiss watch industry faced an existential crisis. With prices spiking and volumes in freefall, change was on the way. Add the global pandemic to factors such as the genesis of the luxury smartwatch and the strength of the Swiss franc, and some brands — particularly those with so-called entry-level watches priced to attract newcomers to the market — are in a fight for survival.

At first glance, the market looks strong. According to the Federation of the Swiss Watch Industry (FHS), export values (roughly half retail value) of Swiss watches are rising, up from SFr15.1bn ($16.7bn) in 2010 to SFr20.5bn last year.

But the figures mask a rapid decline in volumes. The FHS’s data also shows that over the same 10-year period, exports fell from 26.1m to 20.6m units. The fall was felt most abruptly by brands making watches with an export value below SFr500, where volumes have slumped. Last year, Switzerland exported 8m fewer watches in that price bracket than a decade earlier.

People are not stupid. They know what products cost. You need to have a reasonable price-to-quality ratio, or price-to-perceived-value ratio

Not everyone is feeling the pinch, though. The FHS’s figures, which do not break down exports by brand, indicate exports of watches selling for more than SFr3,000 increased by half a million in volume, and by SFr5bn in value between 2010 and 2019.

The disparity has become more apparent during the pandemic. In its most recent monthly report, the FHS calculated exports of watches under SFr200 in July fell 41.5 per cent year-on-year, while in the highest category they were down 11.1 per cent.

“There is still plenty of room at the top end of the market,” says Pierre Mallevays, founder of Savigny Partners, a financial advisory firm that focuses on the luxury sector. “But the lower end of the Swiss luxury watch market is definitely under threat.”

Smartwatches and the strength of the Swiss franc may have played their part in declining volumes at the lower end, but with the average cost of a Swiss watch rising fast, there are signs entry-level customers are losing patience.

Not everyone agrees. “That doesn’t apply to Tissot,” says Sylvain Dolla, who became Tissot’s chief executive in July. “Yes, the Swiss franc is too high and that is pushing prices in pounds and US dollars up, but volumes of watches we sell between £250 and £1,000 have not been affected.” Mr Dolla declined to offer supporting data.

Retailers are talking a good game, too. “We haven’t seen or tracked any change in consumer attitude to pricing, even now,” says Brian Duffy, chief executive of Watches of Switzerland Group, which last year reported revenues of £810m across its UK and US retail network. “During the first quarter [to July 26], our average selling price in the UK went up by 13 per cent.”

The trend is widespread. This year, Tag Heuer introduced a new-generation Carrera Chronograph at £4,650, almost £1,000 more than the outgoing model. The watch features an upgraded movement and other refinements, such as a sapphire case back and a metal bracelet.

But others are alarmed by the acceleration. “Export prices have gone up by 17 per cent this year,” says Rolf Studer, co-chief executive of Oris, a Swiss independent whose watches retail at between £1,000 and £3,000. “Over the past two years, it was 27 per cent each year. That’s a crazy rise.”

Analysts say the pattern could spell trouble. “Our research indicates that the winners continue to extend their lead,” says Luca Solca, senior analyst at Bernstein Research in Switzerland. “Rolex, Patek Philippe and Audemars Piguet have risen in terms of consumer interest over the past decade, while pretty much every other brand has declined.

“Just as this brand polarisation pressures watch brands from the top, so smartwatches are pressuring brands from the bottom. The combined effect of these trends is causing a lot of pain to the industry.”

Part of the problem is that consumers are harder to fool. At last week’s Geneva Watch Days fair, Mr Kern introduced the Endurance Pro, a quartz watch aimed at the growing athleisure market and, at £2,450, the entry point into Breitling’s collection. “People are not stupid,” says Mr Kern. “They know what products cost. The market is transparent and the consumer understands the product. So you need to have a reasonable price-to-quality ratio, or price-to-perceived-value ratio.”

Patrick Pruniaux, chief executive of Kering’s high-end watch companies Ulysse Nardin and Girard-Perregaux, is of the same mind. “Brands [making watches] between SFr1,000 and SFr5,000 have to give a consumer a good understanding of the value of buying a premium watch. It’s about being fair and explaining the emotional value and craftsmanship behind a watch.”

Before joining Kering, Mr Pruniaux worked for Apple on the launch of its Watch. Lower-end brands are up against “a very strong name [with] very limited competition”, he says. “It’s now absolutely OK to wear an Apple Watch . . . and it offers fair value.”

Montblanc, which entered the watch market in 1997, has set out its stall on value for money. “The trick is to deliver unique value for a fair price,” says Davide Cerrato, the division’s managing director. “If you can do that, price point will become much less important. Otherwise, for most consumers, price is the game-changer that determines whether they can access mechanical watchmaking.” Today, Montblanc’s watch collection starts from £1,910, an increase of 15 per cent over the past six years.

Rising prices are not just about currency fluctuations or quality, though. The growth of the pre-owned market has kept residual values high, giving brands confidence to push up primary market prices. “Luxury watches are becoming increasingly relevant as a personal accessory but also as an investment good,” says Tim Stracke, co-chief executive of online watch marketplace Chrono24. He says first-time buyers on his website spent on average 8 per cent more on a watch in the €500 to €3,000 category last year, than in 2018.

This trend worries Mr Studer of Oris. “The industry has put itself out of reach for many customers,” he says. “This is a very dangerous development. You need a price point people can afford. If it’s too high, you will lose them.”

His prediction may be coming true. In the UK, there is evidence buyers at the lower end are walking away. Data from market research company GfK indicates that even before Covid-19 closed stores, sales of entry-level luxury watches were falling. The figures suggest that to the end of February, sales of watches priced between £500 and £1,000 were down 12.5 per cent by value over the previous 12 months.

The pandemic has made the situation worse, with sales in the same category down 32 per cent this year to the end of July. “Since Covid hit, the bottom has fallen out of the market,” says Paul Mitchell, senior client insight director at GfK. “The entry-level mass market is just being hammered.”

Whether the entry-level market can recover is unclear. Most industry analysts reckon that global belt-tightening as the economic effects of the pandemic come into play will lead to further divergence. “The luxury end of the market is probably going to be more robust over the next 12 months,” says Mr Mitchell. “For the average person, spending £500 on a watch is not going to be a priority purchase, but for the high net-worth individual, it’s a different market.”

Some believe ecommerce could be a lifeline for entry-level brands. “The Covid crisis brings the opportunity to revisit traditional distribution channels in favour of [more] direct-to-consumer,” says Mr Mallevays of Savigny Partners. “Digital has a big role to play here.” During the quarter to the end of July, Watches of Switzerland reported a spike in online sales of 79.3 per cent.

But maybe entry-level customers, who are typically younger, have not given up on Swiss watches. Mr Dolla at Tissot says 45 per cent of his collection is still mechanical and younger consumers still want traditional watches. “We see a peak in sales to younger customers during the wedding and graduation period,” he says. “Young people are interested in fine mechanical watches, things that last.” 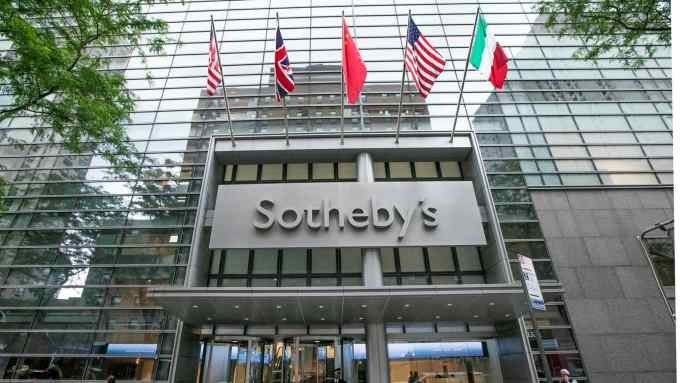