How the City finally raised its voice over Brexit

After a period of discretion, banks are looking abroad and determined to be heard

Bankers are not known for their patience. Finance relies on speedy interaction with the markets. Traders are used to reacting to news within seconds. So it is pretty astonishing that the City of London’s financial services industry held its collective tongue for so long. For nigh on a year after the UK voted for Brexit in June 2016, few banks challenged the government’s unofficial request to keep a low profile over the issue.

They have made up for lost time over the past few months. Once Standard Chartered, an emerging markets bank with a tiny EU business, announced it would establish a subsidiary operation in Frankfurt, others soon followed with their own announcements of post-Brexit plans involving the set-up of new subsidiaries and job moves from London to other EU financial centres.

The reason? Once Britain leaves the EU, it will leave the single market for goods and services. Without some kind of replacement deal, that means the end of the City’s role as a hub for doing cross-border business with clients across the EU, through the “passporting” of services from a regulated UK entity.

According to an analysis in August by S&P Global Market Intelligence, 13 banks have now selected Frankfurt or Berlin as their new EU hub, putting Germany in front in the race for City jobs. Dublin has attracted 12 groups — mostly banks but also a clutch of insurers and asset managers. Luxembourg, Belgium and the Netherlands are also set to win business.

So far, in this first phase of post-Brexit planning, it is about establishing toeholds, with groups pledging to move a few dozen staff, or a couple of hundred at most, as an insurance policy. Whether they end up transferring thousands will depend on the outcome of Brexit talks between the UK government and the EU. At the extreme, JPMorgan and Deutsche Bank have talked about moving up to 4,000 jobs apiece out of London. Oliver Wyman, the consultancy, estimates in a worst-case scenario 75,000 jobs could go in financial services and related sectors.

With the UK and the EU 27 still stuck on the divorce terms — principally the exit bill and the residence status of EU nationals — the feasibility of any trade deal, let alone a good one for financial services, is up in the air. No one even knows what the UK government will pitch for. “The shape of the ask for financial services is not yet clear,” says Chris Bates, a partner at law firm Clifford Chance. “It’s still a huge open issue.”

Hard-Brexit scenarios, with no attempt to replicate the single-market framework that allows business to be passported, would be the most disruptive. Some lawyers believe existing fall-back provisions might be workable, such as “equivalence” rules that should grant EU market access to any nation with comparable regulatory standards. Most bankers dismiss this idea, however, as too fragile a regime, given that it can be suspended by the EU at short notice.

Another idea is to rely not on actively marketing from London into the EU but making use of “reverse solicitation” rules, which would allow EU clients to seek contracts from UK entities. This, though, is similarly unpopular. “Using reverse solicitation rules wouldn’t work,” says one senior US bank executive. “We couldn’t rely on waiting for clients to come to us. It would be competitive folly.”

There is an optimistic City contingent, however, that believes the government’s softening stance on Brexit could yield a decent deal for the financial services industry. Early in the summer it emerged that former City minister Mark Hoban, who now heads the International Regulatory Strategy Group, a little-known lobby group, was fronting a free-trade plan for financial services that could be a blueprint for political negotiations.

Details are closely guarded, given the sensitivity of the politics, but it relies on the principle of “mutual access” — allowing financial groups from the UK and the remaining 27 members of the EU to operate in each other’s markets without barriers if the UK leaves the single market. It would also involve shared regulatory supervision and joint dispute resolution. The plan, devised in collaboration with the City of London Corporation, lobby group TheCityUK and lawyers at Hogan Lovells, has been cautiously welcomed by some EU 27 representatives, according to people involved.

But France in particular appears hostile. Galvanised by the election of president Emmanuel Macron, France’s government, regulators and finance industry now appear aligned behind a strategy to exploit Brexit to the country’s competitive advantage. In one offensive, lawyers say French officials have been pressing hard for an apparently arcane, but pivotal, rule used by the asset management sector to be killed off. Delegation rules allow asset management companies to “delegate” back to London the fund management function. Ending such an arrangement would force London fund management jobs to be relocated to other EU financial services hubs, such as Paris. Perhaps more significantly, though, it would be likely to trigger the relocation of investment banks’ sales and trading staff, who would need to be close to their clients.

Even if political talks are benign and in principle protect the City’s financial services status as an EU hub, the Square Mile could still be undermined in practice. One very real risk, say those who represent the financial services industry, is that politicians will take so long over negotiations, and the March 2019 cliff-edge for Brexit looms so large, that employers will end up committing to a more radical transfer of business and staff than may ultimately prove necessary under whatever deal is negotiated.

“Our focus is do everything we can to prevent the trickle of jobs that are set to move out of London from becoming a flood,” says Stephen Jones, chief executive of newly created bank lobby group UK Finance.

The dispersion of staff and structures will create more complex patterns of banks, which will be less efficient and less clear

Some in the industry take heart that employers will put off a decision until the latest date possible, conscious of the huge overheads involved in staff moves. “Moving a senior banker could cost more than £100,000, so you’re not going to press the button until you have to,” says Lindsey Naylor, a partner at Oliver Wyman. But she cautions: “Once you do press the button, it’s pretty irreversible.”

If jobs are expensive to relocate, new subsidiaries are more costly still in regulatory capital terms. Bankers say the big US groups will each need to inject several billion dollars of fresh equity into the subsidiaries they are setting up in Frankfurt, Dublin and elsewhere. That is not capital that can necessarily be transferred from London, either. It is likely to be additional equity — partly because local regulators will demand it.

The Association for Financial Markets in Europe, an investment banking industry association, says €57bn of bank equity capital currently supports EU 27 securities and derivatives trading in London. In all, Oliver Wyman reckons up to $50bn of additional capital may need to be injected into the new EU banking entities.

The restructuring of the EU’s banking landscape would not only be inefficient but could also add to risk. “The dispersion of staff and structures will create more complex patterns of banks, which will be less efficient and less clear,” says Chris Bates at Clifford Chance. Lines between subsidiaries and branches will be redrawn and in some cases blurred, bankers say, throwing into question existing “living will” plans, the blueprints for wind-up in case of crisis.

By many measures the City today accounts for more than a 10th of the UK economy. It has also become a crucial strut for Europe — the EU relies on the UK for three-quarters of its hedging activities, three-quarters of its foreign exchange, half its lending and half its securities transactions. For Europe’s politicians, the terms of a post-Brexit financial services deal clearly have the potential to influence the prosperity, efficiency and safety of the continent’s entire economy. 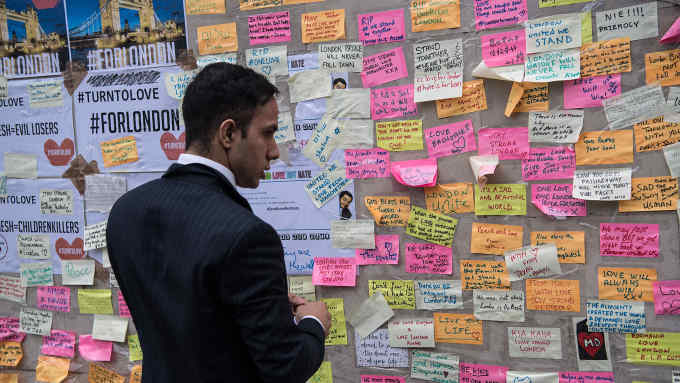