Looks, performance and a uniquely revealing retractable roof – Maserati’s latest open-top is a modern classic in the making

M is for Maserati, and also for mojo – which is what the celebrated Italian carmaker got back in 2020 when it launched the 200mph MC20, its first supercar in 16 years.

Two years on it’s upping the thrill factor again with a new convertible take on the car, as unveiled at a test drive in Sicily last month. The Cielo (which means sky) has a unique top made from over half a square metre of glass coated with a liquid-crystal polymer that enables it to change from clear to opaque and back again so that the whole cabin can be bathed in light even when the roof is closed.

It takes just 12 seconds for the motorised system to raise the roof and stow it out of sight beneath the rear deck. Upward-opening “butterfly” doors make getting in and out unusually easy for a low-slung roadster, and the interior feels refreshingly spartan for a modern, luxury car: the Cielo is a true driving machine that’s more about enjoying an immersive experience than wallowing in deep-buttoned leather. That means lightweight, Alcantara-covered seats separated by a console carrying only the drive mode dial, gear selectors and small switches for the electric windows and infotainment volume control.

Everything else – including the ignition and launch control buttons – is packaged within the race-derived steering wheel. Even the seat adjustment is a partially manual affair, with electric motors being reserved for the backrest and – if you choose to tick the option box – for changing the angle of the steering column.

Firing-up the Nettuno V6 engine produces a gentle, mellifluous sound that initially belies its 630 horsepower, with the car proving docile at slow to moderate speeds with none of the urgency that its sinewy form might suggest.

Maserati wants it to be seen as a GT car that’s good for long road trips and day-to-day use (even though luggage space is meagre) as well as one that’s designed for indulgent, high-speed blasts and track days. And, despite the minimalist interior, it’s surprisingly comfortable, almost soothing, to cruise around in. But rotate that drive mode selector beyond the “wet” and “GT” settings to find “sport” or the more extreme “corsa” mode and the Cielo really comes alive, with a crisper throttle response, quicker gear changes, sharper handling and an angrier exhaust note accompanied by theatrical turbo whooshes.

In Sicily, the off-season roads were empty enough to give the Cielo its head, and it didn’t disappoint. Maserati’s claim of a sub-2.9-second 0-100kph/62mph time felt entirely accurate and, while open sports cars are notorious for lacking the rigidity of closed ones, the Cielo soaked up the island’s patchwork tarmac thanks to its carbon-fibre monocoque and the facility to adjust the suspension between three different settings.

HTSI
The insider’s guide to buying a classic car 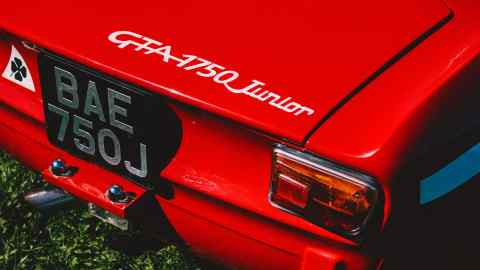 Regardless of how good it is to drive, the Cielo is a winner on looks alone. A slightly Bugatti-esque rear, occasional hints of an oversized Lotus Exige here and there, a front end with a wide-mouthed grille that harks back to Maserati’s golden-era racers of the 1950s and wheels based on the famous Maserati trident symbol combine to give it that rare thing in modern car design: an entirely unique appearance. Add to that Maserati’s illustrious history and a sector-competitive £231,885 price tag and I can only conclude that the Cielo deserves to win new fans for Maserati – and will probably become a modern classic.