The ethical investment pioneer on putting claims to the test

Sign up to myFT Daily Digest to be the first to know about Impact investing news.

Thomas Van Dyck has been a supporter of investments that meet environmental, social and governance (ESG) criteria for 35 years — long before they became fashionable in the financial community.

He now has about $2.6bn of client assets placed in mutual funds, ETFs, hedge funds and private equity that have been screened by ESG criteria. These investments are designed to meet ESG standards while also mitigating investment risk and aiming to outperform the markets, according to Mr Van Dyck, who is based in San Francisco and managing director at SRI Wealth Management, part of RBC Wealth Management.

“Our clients’ investments align with their values. They view their investments as the economic expression of their thoughts and ideals,” says Mr Van Dyck, who is also the founder and chairman of As You Sow, a shareholder campaign group.

Mr Van Dyck became involved in the ESG arena as a campaigner against nuclear power in his 20s, when he was a fundraiser for a campaign aimed at closing nuclear power plants and winning support for alternative green energy.

When Mr Van Dyck moved into financial services, he took his social concerns with him. “Wall Street is pretty much monolithically focused — they focus on returns,” he says. “So I figured, if I could show them returns from investing in ESG, they’ll go down the alleyway of sustainability as quickly as they’ll go down the alleyway of exploitation. It’s like a dog chasing a ball.”

Mr Van Dyck chose San Francisco as his base because it was then well known as a welcoming place for like-minded activists. He says he applied to six brokerages including EF Hutton and Merrill Lynch before landing a job at Dean Witter Reynolds in 1983.

“I pitched the idea of socially responsible investments, and they gave me a shot,” he says. In the beginning, ESG investing was wrapped in the concept of avoidance. For example, some Catholic religious orders in California avoided so-called sin stocks such as tobacco or gambling companies in their investment funds, says Mr Van Dyck. Then the California Public Employees’ Retirement System (Calpers) — which has grown into the largest pension fund in the US — started to become known for its socially responsible investment and shareholder activism, he says.

Investment based on ESG criteria now accounts for $12tn in assets under management in the US, according to the Forum for Sustainable and Responsible Investment. That compares with $8.1tn in 2016, according to the advocacy group’s research.

Mr Van Dyck says millennials have helped drive demand for ESG criteria-screened investments. “Millennials realise we need to change the way certain corporations are behaving, otherwise they’re not going to have a planet to raise their kids on,” he says.

SRI Wealth Management does its own due diligence on underlying companies in the asset manager’s portfolios, according to Mr Van Dyck. 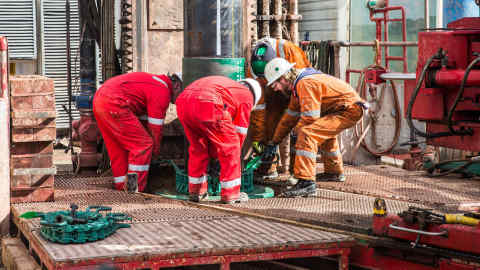 Investors need to scrutinise the authenticity of ESG claims, says Mr Van Dyck. He points to attempts to solicit clients’ assets to back a “green fracking company” and an ESG product that includes 26 oil and gas companies, for example.

Attempts by asset managers to apply a green label to funds, even when they are not, “give ESG investing a bad name”, he says.

“When you stick with the really high-quality managers, that’s how you can get competitive returns that would beat the benchmark.”

One relationship that Van Dyck has maintained is with Generation Investment Management, founded in 2004 by former US vice-president Al Gore and David Blood, former head of Goldman Sachs Asset Management. About $500m of SRI Wealth Management’s client assets are invested in Generation’s funds, according to Mr Van Dyck.