The UK’s audit watchdog is beefing up its enforcement and supervision divisions ahead of an expected raft of corporate failures this summer when the government withdraws its Covid-19 business support schemes.

In his first interview since becoming interim chair of the Financial Reporting Council last year, Keith Skeoch said it was “inevitable” that the UK would go through a period “when there is going to be a lot more corporate stress”.

Skeoch, the former chief executive of Standard Life Aberdeen, also warned British boardrooms to expect the FRC to use tough new powers proposed by a government white paper last week to push for corporate governance change in the UK.

Skeoch said these were needed to “rebuild trust in the corporate sector”, adding: “There has been a need for change that’s been apparent for some time. Trust is still relatively low.”

One of the key proposals is to replace the FRC with a new body that has greater powers to hold companies to account for bad or fraudulent audits.

The FRC, which oversees the UK’s corporate governance framework, has been criticised for lacking power over company directors, being slow to act and too close to the audit profession that it regulates.

Skeoch said the new Audit, Reporting and Governance Authority would have significantly strengthened supervisory powers. The FRC only has powers to impose sanctions on directors with an accounting background, but Arga will be able to find any member of a company’s board liable for corporate failings.

“The supervision will apply to firms to make sure that audit is fit for purpose,” he said. “Directors are responsible for the control environment, and transparency and the quality of reporting. It’s incredibly important to investors, if they’re to hold boards to account.”

City executives have raised concerns about the cost and increased risk of adding liability to all directors, but Skeoch said it was “entirely appropriate” that the enforcement was extended across the board. The proposals are open to consultation until June.

He argued that boards should not worry too much about extra costs if the “right behaviours” followed the principles being set, which he predicted would not be “one size fits all”. “Then you can minimise the bureaucracy that’s associated with it,” he said.

“Under the new regime, we will be promoting best practice. But we also have the powers to make sure that . . . accounts are audited and created in absolutely the right way.”

He admitted that there was an “element of truth” to worries that directors might be deterred from joining boards if rules were too arduous but added: “If we can rebuild trust, and we get some behaviours in the right place then that can be a driver to attract the right kind of people. These are really important roles and it comes with a high level of personal responsibility.”

There was an “awful lot to do” to reshape the FRC through a “pretty far-reaching transformation programme” into Arga, which he said was unlikely to be ready until 2023 owing to the need for primary legislation. He ruled himself out of taking the full-time chair role. 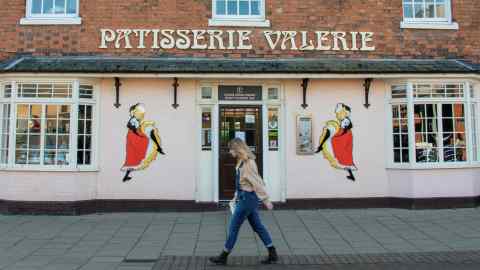 In the meantime, he said the FRC would work on areas that did not require legislation, such as pushing through the separation of the audit and advisory function of the Big Four audit firms.

The government is also proposing to force companies to share audits between one of the Big Four and a smaller rival. Skeoch, who is also chair of the Investment Association, said this would improve the quality of audit as well as the competitive landscape “so that the quality of audit remains sustainable”.

“What’s being proposed is a sensible way forward. Some of the smaller and medium-sized firms need time, they need the resources, they need to be able to develop the ability to do the more complex bits of the audit.”