Sun Yu in Beijing and Xueqiao Wang in Shanghai

China’s big cities have started to come back to life but worries remain about a potential second wave and businesses are struggling with a shortage of customers.

Most urban centres are free from the virus yet companies are implementing disease control measures, ranging from checking guests’ temperatures and having staff and customers wear masks to conducting regular deep cleans of facilities.

To understand how China’s service industry is adapting to the post-virus environment, the Financial Times spoke to three representative businesses in Beijing and Shanghai.

At Xiaxiemantang, a seafood restaurant in suburban Beijing that should be booming at the start of the crayfish season, owner David Zhang is anxious.

The business reopened in mid-April after being closed for three months. But sales are stuck at about half of their pre-virus level.

Mr Zhang said many Chinese people were dining out less over concerns of a potential second wave, even though there have been no recorded coronavirus cases in the neighbourhood for weeks. “The fear is going to stay on until a cure or vaccine comes out,” he said.

The crisis has plunged the restaurant into debt, forcing Mr Zhang to make almost half of his workforce redundant and ask the remaining staff to take a 20 per cent pay cut.

On a recent visit, customers were relaxed despite the new conditions and lingering worries. Lucy Duan said she was happy to be out after weeks of home cooking when the city was under strict quarantine. “I don’t eat out as often as before but I still do,” she said.

Xiaxiemantang requires staff and guests to wear face masks and have their temperatures checked before entering.

The restaurant also adheres closely to the government’s health code system, accessed via a smartphone app. All customers and employees must present a green QR code on their mobile phone, indicating a low risk of catching the virus, before entering.

The restaurant has also asked servers to clean tables with disinfectant before and after every meal.

The Four Seasons Hotel in Beijing suffered heavily during the lockdown, with occupancy rates falling to single-digits from February through April.

“Our business goals will have to be redrawn,” said Christian Poda, general manager.

The situation started to improve after Beijing relaxed domestic travel restrictions last month. Mr Poda said the occupancy rate has returned to “double-digit” levels and the hotel’s Michelin-starred restaurants have reported a more than 50 per cent jump in business in May from the previous month.

Changes have also been made to how the hotel operates.

Mr Poda said staff have to wear masks even if the local authority has not mandated it. “If you come here for a meeting and you see our staff wearing versus not wearing a mask, what will make you feel most comfortable?” he said.

The hotel has also moved to “limit the number of touch points” in the building, he added. This has included removing magazines and newspapers from the guestrooms and the gym. The gym no longer has a fruit bowl or water drinking machine, although guests can ask staff to fetch an apple or a cup of water.

Cleaning measures have also been improved. The reception desk is now sanitised every 30 minutes. Guestrooms are deep cleaned every day, using four different coloured cloths. Each rags is used for a specific area, such as the mirror, bathtub or toilet, to avoid cross-contamination.

Hotel staff also sanitise rooms with a UV-ozone cleaner, a device that is often used in hospitals, after a guest checks out. The room will be kept empty for at least 24 hours before it is used again.

Commerce remains slow, however, with domestic travel subdued and many restrictions on international visitors still in place. Mr Poda believes the real turnround will only come when a vaccine becomes available.

Before that happens, he said, “we have to continue to be extremely vigilant”.

Disneyland Shanghai, a magnet for the city’s wealthy, has been busy after three months of being shut. Tickets after it reopened on May 11 were sold out for days.

One reason for the strong performance is a government-mandated limit on the number of visitors to a fifth of the park’s capacity, as the local authority seeks to follow social distancing rules.

At the same time, the park is seeing pent-up demand for entertainment from China’s middle to high income households after lockdown.

“No matter how badly the Chinese economy performs, it will produce plenty of rich people to support a Disneyland park,” said Zhou Mingqi, founder of T-Identifier, a Shanghai-based tourism consultancy.

Wang Shuaidong, owner of a trading business in Shanghai, visited the park with his wife and son soon after it reopened. He is not worried about the virus as Shanghai had done well in containing it.

“We need to consume more to help the economy recover,” he said.

Despite the positive mood, a number of disease prevention measures are in place. Face masks, temperature checks and valid health codes are required at entry. Many sections, such as restaurants and indoor theatres, either limit visitors or remain closed.

“The experience isn’t bad, but it’s definitely worse than before,” said Sun Dacheng, a recent visitor to the park on Weibo, a Twitter-like social media platform. 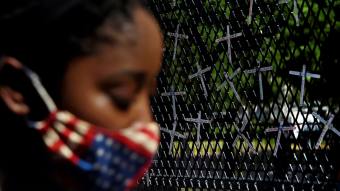