Britain’s green urban space is at risk of rapid decline

Where are the visions for new Arcadias and public parks that inspire others to follow? By Jane Owen
Jane Owen 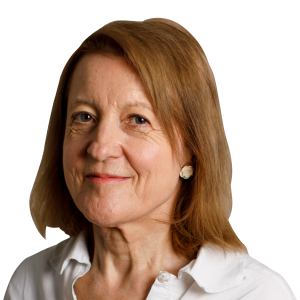 In the 18th century Queen Caroline and Alexander Pope had a vision that gave the UK its very own Arcadia; in the mid-19th century Sir Joseph Paxton created one of the world’s first public parks; and the 20th century’s Garden Cities were the brainchild of Sir Ebenezer Howard, whose vision was, in part, responsible for the Suburban Resettlement Program towns of 1930s US.

These visions for the built environment have one thing in common. They include landscape and gardens as an essential element rather than an added extra, or a sugar-coating for outrageous spending on, say, the Olympics.

But what now? What are the visions of rus in urbe for the UK’s ever more crowded cities? Alarm bells are ringing for our existing parks so what is the hope for future greenness?

In the face of rising panic about the paucity of house building, quality seems to have fallen off the agenda. This generation’s legacy is pack-’em-in developments and Mine’s Bigger Than Yours skyscrapers with a few blades of grass as an afterthought.

Some developments such as BedZED and Poundbury have had a stab at sustainable living mingled with a decent slab of planting but their examples have not exactly caught on. Instead, central and local planning documents mutter platitudes about “good design” and “the need for green space”.

My colleague Robin Harding recently identified “planning” as a mischievous inflater of prime property prices, but the word is also a mischievous misleader. Planning suggests positive activity, but in practice it is a system of reining in. And it’s policed by relatively poorly paid people who have to face up to powerful developers.

Where are the visions for new Arcadias and public parks that inspire others to follow?

So planners are unlikely to come up with visionary ways in which to weave greenery into our cities even if the UK government is opening up new areas for development.

In his Mansion House speech this year George Osborne talked of giving planning permission on brownfield sites, “for up to 200,000 new homes – while at the same time protecting our green spaces”. It sounds good. But the question remains: how can these new homes mingle with landscape and gardens in such a way as to keep the population housed and the landscape beautiful – inspiring even?

The UK is smug about its green space and makes much of the parks within its cities, but it cannot rest on its (literal) laurels. In cities from Liverpool to London the greenery is mostly a historic legacy of public parks and houses with generous gardens. Now that 80 per cent of England’s population lives on 10 per cent of the land this greenery-in-the-city is increasingly important.

And yet urban green space appears to be undervalued in the UK. Last month, the Heritage Lottery Fund had to raise the alarm about public parks: funding is so precarious that “many parks are at serious risk of rapid decline and even being sold off and lost to the public forever”.

London’s Royal Parks are so strapped for cash that chunks are being walled off to all but the well-heeled by art fairs (declaration of interest: the FT is involved with Frieze, which takes place in Regent’s Park), rock concerts and winter wonderlands.

These parks, made up of thousands of acres of woodland, grass and garden, were given to the public by the Crown in 1851 to ensure people could enjoy fresh air and greenery irrespective of class and income.

Another great London park, the Royal Botanic Gardens at Kew, is currently gazing into a £5m hole in its funding. It is part of Queen Caroline and Alexander Pope’s Arcadia, created on the loop of the Thames, which may provide a lesson in managing public space in the 21st century.

The loop, 10 miles from central London, runs past Garrick’s Villa, Hampton Court, Pope’s Grotto, Ham House, picturesque cattle grazing at Petersham, opposite Marble Hill, and Richmond Hill – where the view is so spectacular it has been preserved in perpetuity by an act of parliament. This area is the crucible of the English landscape school, a vision that helped to shape Central Park in NYC and countless parks and gardens in mainland Europe, as well as the plantation houses of the southern States.

By the second half of the 20th century this Arcadia had been all but forgotten – parts had been closed to the public or left to go to ruin.

Exactly 20 years ago landscaper Kim Wilkie and others including David Attenborough kicked off an ambitious plan to reinvigorate it. After a monumental effort they raised the funds to sustain Arcadia for another 100 years.

The plan is democratic and predicated on a higgledy-piggledy community of national institutions, four local authorities and 250 local groups now channelled through a professional co-ordinator. Wilkie and co’s project has elevated Arcadia above the short-term concerns of politicians.

Maybe this is a model for executing, as well as maintaining, a vision. But the question remains: where are the visions for new Arcadias and public parks that inspire others to follow?

You could argue that some are heading skywards. The Manhattan Loft Gardens tower, on the Olympics site, will have three gardens slotted into the 248 apartments, which is better than nothing, I suppose.

The Walkie Talkie building, diagonally opposite FT HQ, has its garden in the sky, which is, officially, a public park (a stipulation of planning permission). In reality, access will probably be difficult for almost everyone apart from those heading straight to the champagne bar. Either way it is a ghastly building and its only virtue is its entertaining trick of frying everything from eggs to Jaguars.

For a nation that built its empire on plants and runs a horticultural industry worth billions, the UK’s lack of green vision is alarming. “This other Eden, demi-paradise, this fortress built by Nature for herself” seems to have lost the plot.